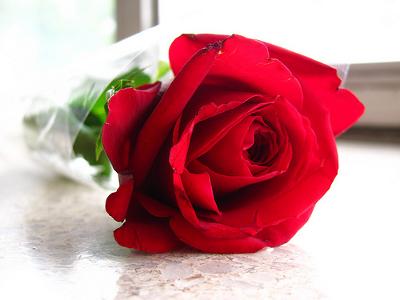 For all Venetians 25th April is a celebration much older than the Italian National holiday which is celebrated on the same day.

25th April is, as well as being National Liberation Day, the day of the Saint Patron of Venice, Saint Mark.

Saint Mark died on the 25th April of the year 68 AD in Alexandria of Egypt. The Saint’s relics were held in Alexandria of Egypt and two Venetian merchants, Buono da Malamocco and Rustico da Torcello, become heroes when they adventurously stole them and brought them back to Venice in 828 AD.

The story goes that the precious body of Saint Mark was hidden, very astutely, by the merchants inside a pig meat stock which went through the Muslim customs of the city without any trouble, since the Muslim soldiers were disgusted by the goods and did not even check what the merchants were transporting back home.

Back in those days the relics of a saint were a powerful means of aggregation for any religion organisations and when a city held the relics of a saint, the city would attract pilgrims from all over the places and the population would automatically increase, increasing the movement of goods and money.

But the relics of Saint Mark were also extremely desired by the population of Venice, since the legends says that the saint had preached to the Venetian population when he was alive. So he become their patron saint in the form of a winged lion. Winged, with a sword and with a book which, during time of peace, would be open and where you could read the sentence Pax Tibi Marce Evangelista Meus (Peace to you oh Mark, my evangelist); this book would be closed in time of war when the sword would be red with warriors blood.

Back in the old days the celebration of Saint Mark would last from 31st January till 25th June, but today it is celebrated only on 25th April. There are various legends on why Venetian celebrate the 25th April and why they give a red rose According to an old legend, there was a terrible storm in February 1340 in Venice and a man on a boat took repair under the Bridge of Hay. When he was there a knight invited him to go back to the sea. The man headed out to the sea and stopped first in S.Giorgio Maggiore and then in S.Nicolò del Lido. When he reached the open sea, the demons which were pushing the water toward Venice were attacked and beaten by three knights, who were actually Saint Mark, Saint George and Saint Nicolò.

Once the knights defeated the demons, Saint Mark gave a ring to the man on the boat; a ring which was to be given to the doge Bartolomeo Gradenigo, so he would preserve it inside the Treasure of Saint Mark. During the celebration of 25th April, Venetian men give their women a blooming red rose. But why do they do this? There are two legends who explain this.

The first legends tells the tale of the love between a noblewoman Maria Partecipazio and a troubadour Tancredi. They tried to overcome their social class difference and to achieve this Tancredi left for war trying to obtain some military fame, which would have made him become acceptable in the eyes of her family. Unfortunately, even though he fought valorously, he was mortally wounded. He fell onto a rose bush and tinted it with his red blood.

Tancredi gave to Orlando the Paladin a red blooming rose which in turn he had to give Tancredi’s lover Maria. Orlando arrived in Venice the day before Saint Mark’s day and gave Maria the last sign of Tancredi’s love. The next day Maria was found dead with the red rose on her chest and from then on all Venetian lovers give their loved ones a red rose as a sign of true love. The second legend says that a rose bush was born next to the tomb of Saint Mark.

The rose bush was donated to a seaman of Giudecca by the name of Basilio, as a trophy for his great collaboration in getting back the relics of the saint. The rose bush was planted in the house of Basilio and it grew so much that it was used as a separation border when the house was divided into two by Basil’s sons at his death. When the two brothers stopped speaking to each other, because of a family feud, the bush stopped flowering. 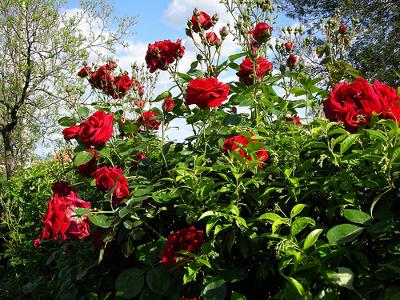 Then on a 25th of April of many years later, two young people,descendants of the two separate families, fell in love. They fell in love looking though the rose bush. The rose bush started to flower again and so the young man gave the young lady a rose as a gift. In memory of that gesture today men still give women a rose for the 25th April. So, on this 25th April, if you are in Venice, don’t forget to give your loved one a blooming red rose!