One of the worlds best film festivals alongside Cannes, Berlin, Toronto and Sundance, the 70th Venice Film Festival is sure to be another cinematic hit. With a decidedly more laid back atmosphere than its counterparts, festival goers get around on bicycles and enjoy generous scheduling and a manageable line-up, with no rushing required. Whether youre lucky enough to be hitting the festival this time or you just want a heads up for the year to come, here are our top tips for the films to look out for.

Perhaps the biggest head turner of the festival, Alfonso Cuarons Gravity has been chosen to kick things off with a pride of place slot as this years opening film. Cuarons hotly anticipated return has been seven years in the making since 2006s Children of Men and expectations are running sky high. Starring Sandra Bullock and Venice favourite George Clooney in a dystopian-style thriller, the pair find themselves stranded in space after their shuttle explodes, in a harrowingly lonely existence exacerbated by the long tracking shots that Cuaron has made his auteur-esque signature. Will its A-list cast make Gravity a box office hit or will its cinematic style prove to be a little too Kubrick 2001 in its indie existentialism? We cant wait to find out. 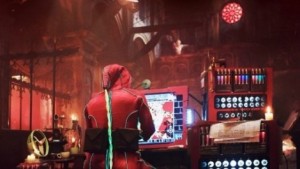 Another director thats been lying low for far too long, Terry Gilliam returns once more for his first offering since 2009s The Imaginarium of Doctor Parnassus. In whats sure to be a beautifully eccentric pairing of creative and quirky minds, The Zero Theorem stars Oscar-winning Christoph Waltz as a reclusive genius, intent on discovering the meaning of existence itself. This sci-fi oddity is perfectly finished with a supporting cast of Tilda Swinton and Ben Whishaw. Could this be the role that finally showcases the true extent of Waltzs marvellously kooky talents?

The harrowingly heartbreaking true story of Philomena Lees search for her son, forced into adoption by Irish Catholic nuns, is brought tenderly to the big screen by the brilliant Stephen Frears. The ever-effervescent Judi Dench stars as the despairing Philomena, with an understated Steve Coogan as journalist Martin Sixsmith intent on helping her succeed with her quest. With The Queens Stephen Frears at the reins and backing from the Weinstein Co, its sure to be a return to form for the British director. 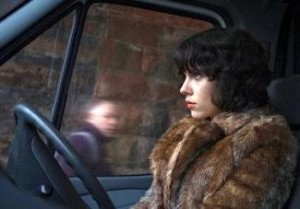 Adapted from the 2000 novel by Michel Faber, Under the Skin is the disquietingly strange thriller from Sexy Beasts Jonathan Glazer. Scarlett Johansson stars as a flesh-eating extraterrestrial disguised as a human who hunts the wilds on northern Scotland for unfortunate hitch-hikers. After an impressive back catalogue of music videos for the likes of Blur, Nick Cave and Radiohead, Glazers dalliances with feature film have proved impressive thus far. Having spent much of the last decade developing Under the Skin, theres not much known about the film  but theres sure as hell a buzz thats steadily growing.

A man with his finger in all the creative pies, James Franco returns once more, this time in his directors guise. With previous work As I Lay Dying drawing favourable reviews at Cannes, his adaptation of Cormac McCarthys 1973 novel is sure to generate interest. With so many artistic interests, Franco often finds himself with expectations to fulfil and credentials to prove  and Child of God is sure to be no different. With the portrayals of McCarthys No Country for Old Men and The Road still fresh in cinematic memory, itll be fascinating to see the ever-ambitious Francos take on this American modernist literature.

This years Venice Film festival runs from 28th August  7th September across 12 venues. To find out more and to buy tickets, check out the official Venice Film Festival site.

Whether youre planning to stay for the whole festival or visit for a few well-chosen days, youll be sure to need somewhere to sleep. Be sure to check out the selection at Expedia, who have some great deals on Venice hotels to help you out.

Marta is a travel and lifestyle writer based in London. She loves travelling and discovering new cultures. When Marta isn´t abroad she can be found around the most interesting scenarios in London.

Top 10 tourist mistakes - What not to do in Venice

What Acqua Alta is really like in Venice – Videos

The Art of Craft in Venice – Etching