Since Tuesday 12th November 2019, the mood in Venice is sad and gloomy!

People are trying to pick up the pieces: cleaning up, counting the damages and trying to understand how to get back on their feet! 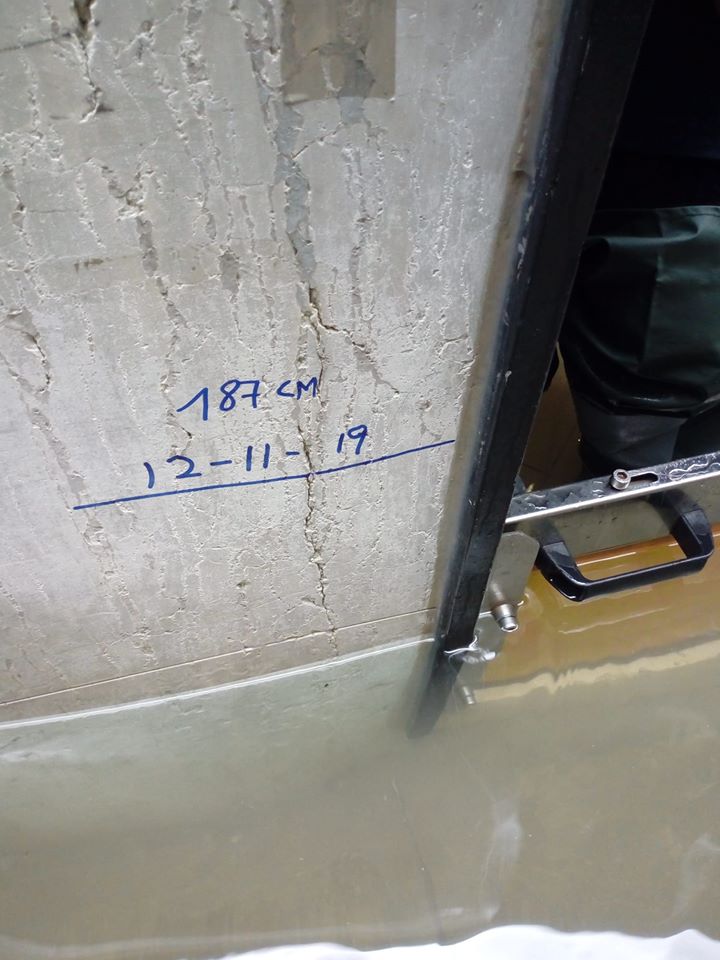 But the water keeps coming. The high exceptional high tides do not stop!

In the meantime people rally around trying to help in various ways.

My dear friend Marisa Convento, of Venetian Dreams, the day after the extraordinary high tide of 12th November, started to make a list of people who had suffered heavy damages and suggesting that for Christmas people could shop from them, to support them financially.

Unfortunately, as usual, there were immediately people criticising what she started.

This is her heartfelt outburst – please understand this was directed to local people who complained, but it also makes you understand how you can help and also to be understanding. These are hard times for the People of Venice! 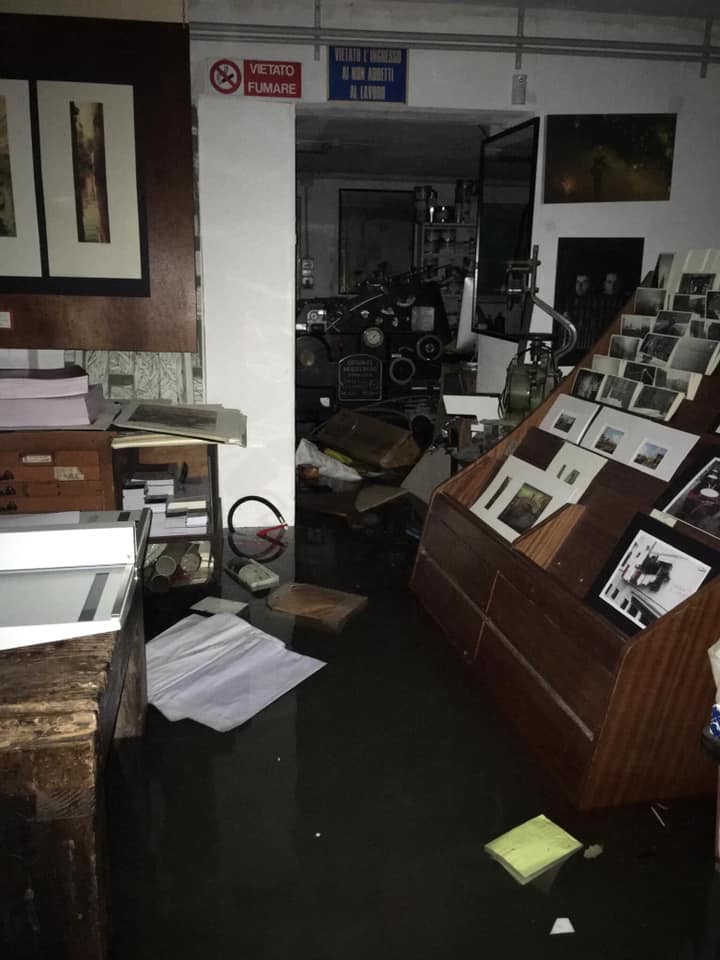 I know I told you also to purchase your products from local artisans, but also understand that they are still battling with high water, sometimes no electricity and heavy damages. They might not answer straight away to your emails and message. Please be patient!

A short video to clear a few things.

The list (of people damaged in the high tide) was born spontaneously, on the wave of emotions watching my friends, collegues and acquantances crying over all they lost in their shops and knowing the high cost of the sacrifice to run an artisan shop and knowing how hard it is already for some of them to carry on every day and knowing how much this high tide is going to ruin them even more,.

Now I find myself having to stem some comments saying that this is an arbitrary list, which leaves out many people and which is not precise. Or even that some links do not work, the sites are wrong or even that the e-commerce is not working. THERE ISN’T AN E-COMMERCE!

It has not been set up! (Nb: they are in the middle of battling high tide, seriously you think they have time to do an e-commerce site???)

I would like officially to thank Eleonora Odorizzi of Italian Stories, a cultural tourism portal for artisans, who, totally for free and with no profiT, has created a google map to facilitate things for people who find it difficult to do an internet seaRch!

We live in the internet era, practically everyone know how to make a post on FB, post a photo, send a message on Whatsapp…come on you people, get a move on…

You cannot pretend that this list is totally encompassing of every single person who has been damaged in Venice!

Why don’t you help and just make one yourself?

I am trying to understand how to help in this situation but above all my intention is to bring attention on fact that the artisans, the small little local shops, the independent designers in the historic centre of Venice are those who maintain intact our local individual diversities and it is a human right to allow them to practice their craft.

A heavy blow like this, repeated extraordinary high tides, above all like the abnormal one of the 12th November of 187 cm, ruins people.  Something like this puts artisans, small entrepreneurs on the brink of economical disaster.

The big brand chain shops, the big souvenir shops, the shops selling crap, have got behind another type of economy and I do not want to get into that.

And in any case I do not know every single person who works as an artisan or a small business carrying out typical antique crafts, or everyone who has a small store.

I made a little kind of “Schindler’s list”, if we want to call it in this way – why don’t you simply make one yourself (instead of moaning about mine).

Why don’t YOU make one and share it online? Highlight those people who need support you know of.

I cannot make a list of more than 400 people.

Why not? Simple, it would become dispersive.

The idea is to highlight the concept that if someone can save Venice, those are the artisans. Because they are the custodians of this civilization and its antique culture – they are the paladins of this city. Nobody else.

Everyone else in the city are here to make money. Only for money.

And this is the reason why people like me, who work as artisans, are poor. It is not a shame to admit it. They are poor, the most exposed side, the weakest one, the more fragile.

I cannot put on the list of damaged people a big company, because the big company, more or less, has got some budget. And above all will have a big office which will make sure they get refunded by the insurance and also the state.

But the little ones, while they wait for the damage, can die. They will close, they will go away.

And this city will remain in the hands of those who already stripped all its flesh off.

I am sorry if I raise my voice and If I raise the tones, but you cannot get mad with me cause I did not insert in the list your friend, your cousin or because the link to the site of one of the artisans is wrong. Just indicate the wrong link and we will correct it.

This was started with a small piece of paper, an A4 with a corner missing! Ok? When I started to write the people who I saw crying. Did you see somebody crying too?

Then  write about it.

But above all, instead of criticising others, go and do something!

Because it is so much easier to criticise than doing!

I spent my afternoon helping friends cleaning their home – go and do it too (this is intended for local people complaining). Grab a pair of rubber boots and gloves – go and help some who you know suffered .

Maybe you already did it – but for some it is easy to say, on a sofa with a hot cup of tea, the link is broken. The e-commerce does not work.

There is no E-commerce – Wake up people!

If you do not want to wake up – carry on buying from Amazon, Tiger and all those who sell you Chinese stuff, which you will throw away in the rubbish in 3 days!

Wake up people…this is the right time for Venetians to raise their heads and say Enough is Enough.

I am sorry, but our local government has to understand this.

Why did I make this list? Because I wanted to use my visibility. I wanted my visibility to make this post effective..and it has been effective, since it was shared by more than 2000 people.
Let’s stop quarreling amongst ourselves. Let’s unite and work as one. Let’s become a critical mass.

So you know: I did not suffer any damage! And you know the simple reason why? Because my shop closed a month ago! Closed! 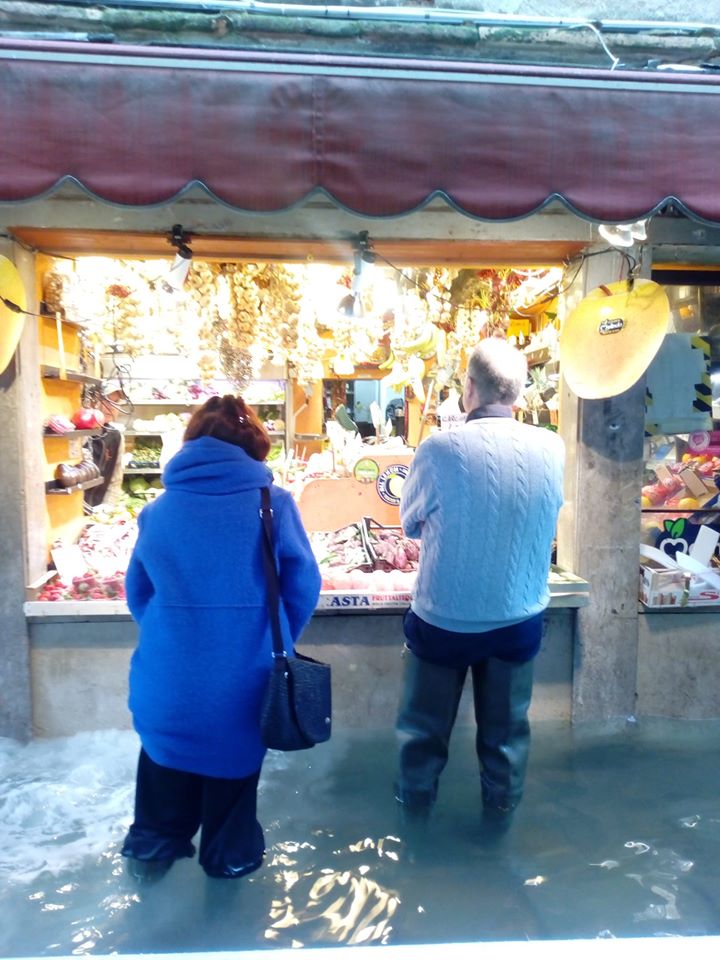 Since the list is updated hourly, I cannot copy and past it…I am sorry.   I am sure you will understand!

The University of Art Restoration in Venice - UIA