Christmas is coming and you are still stuck for ideas for gifts?

What about a nice thriller for that family member or friend who loves reading? 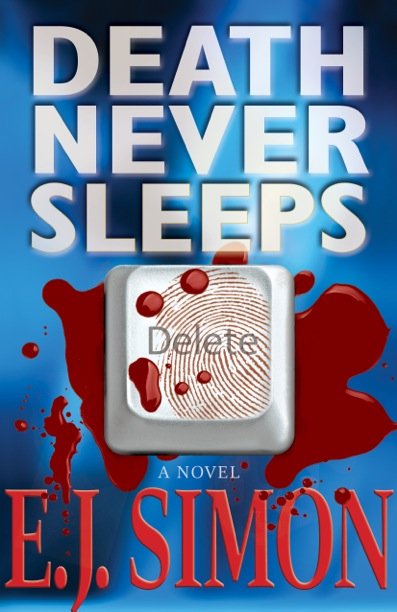 Alex Nicholas was the consummate Queens bookie: fast cars, faster women, and friends in all the wrong places. But Alex had a secret, unknown to everyone, even his straight-arrow CEO brother, Michael. The hours Alex spent alone working on his computer had led to an astounding discovery, one that would forever forge a link between the brothers.

E.J. Simon’s fast-paced, unexpected thriller, Death Never Sleeps, begins at the end of Alex’s life, gunned down in his favorite restaurant in Queens, N.Y. It looks like just another Mob hit–or was it? Alex’s death forces Michael to return to his borough roots. Colorful characters and frightening business “partners” reach out to him as Alex’s questionable past begins to surface.

Trouble is clawing its way toward him when Michael gets a message from someone he never thought would contact him–Alex himself. Convinced it must be a trick of the Internet or some malicious hacker, Michael ignores it. But as the death toll continues to rise and a disembodied voice invades his bedroom, Michael starts to suspect his brother was more than a former athlete who fell in with a bad crowd.

Could Alex’s gamble to live forever have forged a link between artificial intelligence and something–more? As Michael races the clock to solve the mystery of his brother’s murder and keep himself and his family from being killed he falls deeper down the rabbit hole. Will his virtually resurrected brother be a force for good as Alex’s ability to manipulate our technological world grows? And if he grows too big, will there still be time to hit the escape key?

Although the story tackles many serious issues, the scenes take place not only in New York City but in exotic locations such as Paris, Saint-Tropez, Rome – and in some of the world’s finest restaurants.

Book Synopsis for Death Logs In: 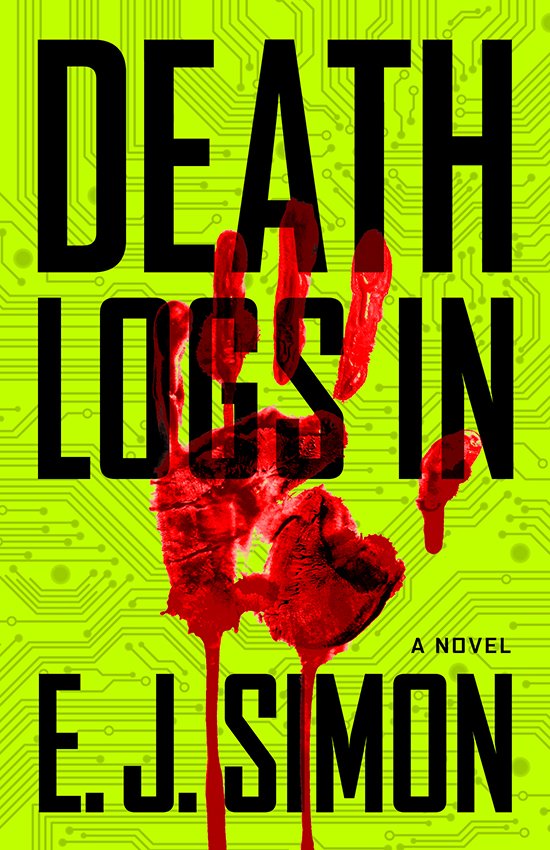 Some of the most powerful people in the world want to kill Michael Nicholas. Only his brother, Alex can save him – the problem is that Alex is dead. It’s been almost a year since Alex Nicholas, a Queens based underworld Boss, was gunned down. After Alex’s brutal murder, Michael inherited not only his brother’s business – but his enemies. Michael is now a key player in a world he once feared. By day, he is the head of a Fortune 500 company by night, the CEO of Tartarus, one of the worlds largest illegal gambling operations.

Before his death, Alex invested heavily in breakthrough artificial intelligence software so that he could live forever. It worked. In his virtual form, Alex can communicate with Michael and monitor information – and people – in ways the NSA would envy. It is Alex who discovers Michael’s life is in danger. He detects plots that reach from the darkest corners of Queens, to the highest officials in the Vatican – and they all want Michael dead. Michael is now in a race to save his life, but he is never alone – Alex is there to help him navigate through this maze of life and death. Also protecting Michael from the forces closing in around him is Sindy Steele, a beautiful – and lethal bodyguard. How far is Michael willing to go to save his own life – and that of his family? Guided only by a familiar face on a computer screen, will the information Alex discovers allow Michael to go from being the hunted to the hunter? 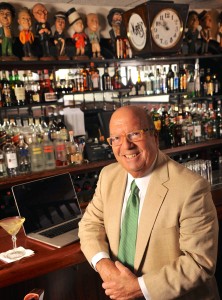 E.J. Simon was the CEO of GMAC Global Relocation Services (a division of GM) and the Managing Director of Douglas Elliman, the largest real estate company in NY.

He is a consultant to many leading private equity firms and has held senior level positions at prominent financial services companies.

He is a world traveler, food enthusiast and lives in Connecticut.Death Never Sleeps is his first novel. His second novel, Death Logs In, will be available in October 2014.

Where to buy the book:

Death Logs In – Amazon.it / Amazon.fr
Book Review
Unfortunately I did not have the chance to read Death Never Sleeps, the first book by E.J.Simon, which is a pity, because I always prefer to read the first book of a series! But I was still able to go ahead and read Death Logs In without missing too much of the original story and the death of Alex. E. J. Simon managed to explain in the first few pages more or less what happened in the first part, so it was quite easy to pick up and get the plot and the characters.

In his second book, the author explains how Michael manages to go on with life after his brothers death and how he quickly adapts to his brother “particular line” of business, at the same time getting himself in some serious troubles. All with the the help of Alex’s himself.

The book quickly touches on the immense possibilities of A.I., of life after death, and what our future could be.

Just one gripe: personally I would have liked the characters inner feelings and personalities developed a bit more, in the same way the author takes his time when explaining the food they are eating and the way they are dressed.

All and all it is a nice thriller mixed with a bit of science fiction. A good night read.

Dec – Curiosity and a Carry On – review of Death Logs In