MY CHRISTMAS VENICE- LIGHTS AND EVENTS IN VENICE

MY CHRISTMAS VENICE: on Wednesday 29th November 2017 I was invited to attend to the press conference held by My Christmas Venice, at the stunning location of Sina Centurion Hotel in Venice, for the presentation of the new jam packed calendar of events which will be taking place in the city from 2nd December 2017 till 7th January 2018 in the Venetian District of Dordosuro.

Let’s start to explain first who My Christmas Venice is!

My Christmas Venice is the brainchild of Chiara Bocchini, owner of a bespoke hotel in Venice, called Charming House. She was born in Bologna, but she has been living in Venice for many years and is probably more Venetian than most.

In her own words: MCV is ..a project that starts with the desire for rebirth. The spiritual revival of a city, Venice, which takes place during the Christmas season through shared experiences in public spaces, the places where the sense of communion between different peoples is built first. Venice has always been a crossroads of peoples and cultures, and will accompany the MCV’s audience through art-dedicated itineraries, artisan, wine and food traditions of the city, sacred music, games, magic and welcoming traditions of Christmas. MCV aims to promote the image of a cozy, organized, accessible, smiling and secure city.

One of the project’s cells is the urban decor that has developed ad hoc for the city, which has already generated a strong emotional impact in the past edition. The goal this year – supported by the charm of Venice – is to make the Christmas public live in its magic, spirituality and authenticity. The lighting installations this year will be bright artworks thanks to the Lighting Art & Design and are planned along the route to events.

This project started last year and it was so successful that the city of Venice, together with many other organizations and associations, this year have given My Christmas Venice their full support.

You can see a list of all sponsors and contributors on the official site of My Christmas Venice.

A huge Christmas tree of lights as been set up in front of Basilica della Salute, an identical tree to the one which is in Saint Mark’s Square.

So, if you are coming to Venice throughout December 2017 and the beginning of January 2018, this is the Calendar of Christmas events which you can expect to find and enjoy, from Punta della Dogana up to Gallerie Dell’Accademia in the Dorsoduro District, immersed in a flow of lights, sounds and perfumes reflecting on the water of the lagoon: great opportunities both for children and adults alike.

MY CHRISTMAS VENICE CALENDAR OF EVENTS

Devotional Opening: inside the beautiful Basilica Santa Maria del, Salute you will be able to admire the INFIORATA VENEZIANA, 100 square meters of flower work of art. 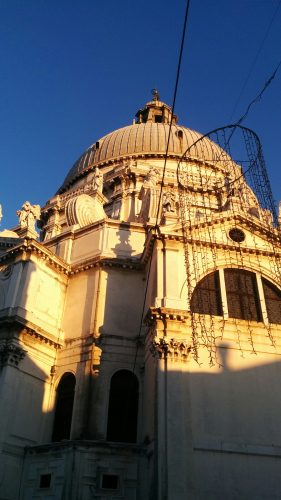 Official Opening of My Christmas Venice Food Village with the presentation  of Lighting ART&DESIGN PROJECT.

There will also be a beautiful parade of the Le Marie Del Carnevale di Venezia 2017.

(Music and Perfumes at Palace)

Workshop on Perfumes by The Merchant of Venice

Music Concert by the Venice School of Music

11.30 in front of the Train Station Santa Lucia 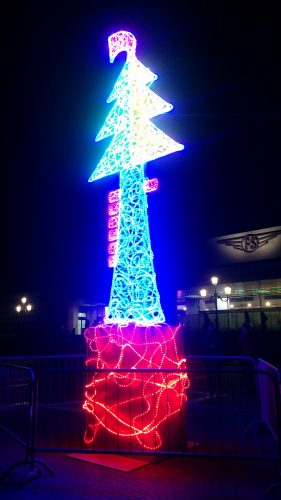 Singing the Art, a flash mob by Joy Singers

16.00 on the steps of Basilica Della Salute

At Palazzo Zenobio: Artisan Market by some of the best artisans in Venice.

Father Christmas on a Gondola

Free Gondola ride for all children.

Looks like this year in Venice there will be lights all around!

The perfect standstill day in Venice!

Good morning everyone - today is a great day: off

As someone once said to me, nothing to do in Buran

🇬🇧/🇮🇹⤵️ “Do not waste a single S

The Bothanical Gardens in Padova: 10 reasons to vi

🇬🇧/🇮🇹⤵️ “A pessimist sees only t

What are cicchetti, ombra e bacaro? Where to get t

🇬🇧/🇮🇹⤵️ Be the presenter of the ba

Good morning you beautiful people! It's Monday, an

Ok, what do you do when a famous Baroque Music Gro

🇬🇧/🇮🇹⤵️ "Cheerfulness keeps up a k

Are you missing terribly Venice and would like to

© 2020 MONICA CESARATO ALL RIGHTS RESERVED Logo: Venice graphic by Freepik from Flaticon is licensed under CC BY 3.0. Made with Logo Maker
×
Close