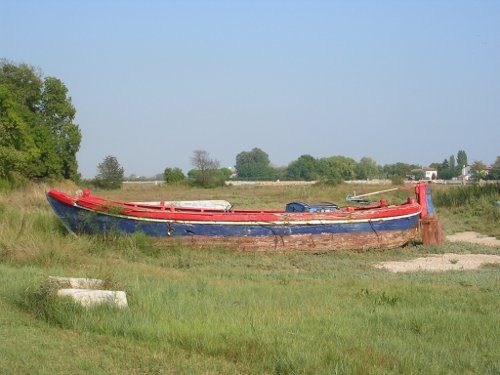 When tourists come to Venice in their 1 or 2 days tours (which I personally think it’s way too short a duration to see this beautiful city), they often speed through the main monuments areas of Saint Mark’s square and Rialto and if they got some time left they take a quick excursion to visit the islands of Murano-Burano-Torcello.

What the majority of visitors ignore is that there is so much more to see, where it is possible to avoid the crowds and soak up the real essence of Serenissima, the city of Water.

Amongst these places there are the small minor islands, all reachable by vaporetto and included in the ticket pass which can be bought for various durations.

Some of the most beautiful island are: 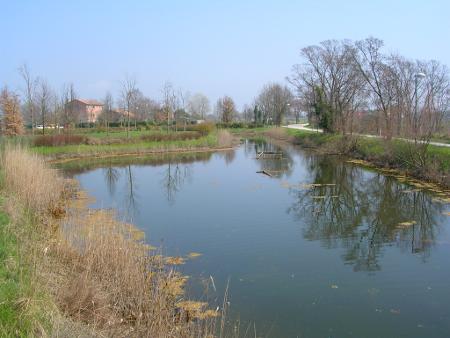 Sant’Erasmo is on the north part of the lagoon and it is the second largest island (for extension) after Venice.

All through history it has been know for being the Allotment of Venice (Orto de Venessia): in fact here, for centuries, Venetians have grown all of their fruit and vegetable supplies, amongst them the most famous castrature, the first blossom of the artichokes picked at a very early stage.

Which are still grown today and you can taste thanks to people like Azienda Agricola Sapori di Sant’Erasmo, a small family run farm.

The newly refurbished Maximilian Tower (Torre Massimiliana) dominates the small beach, where the local Venetians go for sunbathing and swimming and where you can enjoy a pleasant and peaceful outing.

The small beach, or as local call it bacàn, has undergone a refurbishing as well, and it has now become the meeting point of many Venetians: here tourism is mainly local, domestic and not at all chaotic.

Between April and September you can even take your bike aboard the local ferry, thanks to a pretty new initiative of Venice, called Bicinbarca.

A ferry line is active from Parco San Giuliano in Mestre and Sant’Erasmo where you can load your bike or you can just take vaporetto 13 from Fondamenta Nuove to Sant’Erasmo.

You can even just rent a bike for a short spin around the island at the Lato Azzurro cooperative near the wharf. 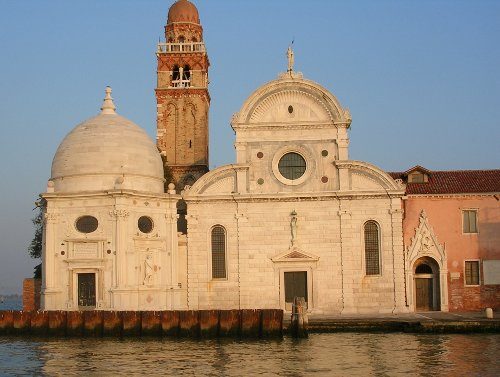 San Michele is a small island which stands between Venice and Murano and is famous since 1807 for being the islands of the dead, that is the Cemetery of Venice.

Originally this island was used by the people of Murano to store their boats, during the middle ages it become a monastery, but with the arrival of Napoleon the monastery become a prison then later it became what it is still now, the city’s cemetery.

Many famous people are buried in this island and their dead bodies used to be carried to the island on special funeral gondolas, including Igor Stravinsky, Joseph Brodsky, Jean Schlumberger, Sergei Diaghilev, Ezra Pound, Luigi Nono and Zoran Mui.

The cemetery is still used today. However, due to lack of space, after a few years the dead people are exhumed and stored in compact concrete ossuary boxes in another part of the cemetery.The island can be reached with vaporetto line 41 or 42 from piazzale Roma. 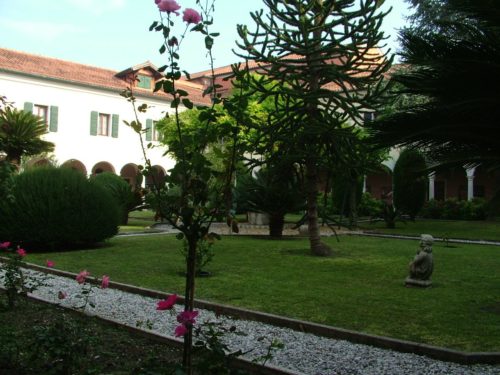 This little island is situated on the east side of the island of Lido. It is the location of the monastery of Mechitarists. At the beginning of the 18th Century, some Armenian monks fled to Venice. These monks escaped from the Moorish country after the Turkish invasion. Mekhitar and his 17 monks restored an old existing church and built a monastery, they also enlarged the island by four times its original size.

The church of San Lazzaro degli Armeni houses a library with approx 200,000 old books, as well as a museum with well over 4,000 Armenian manuscripts. Here you can also see the mummy of Nehmeket of 1000 B.C.

The monastery and its gardens can be reached with vaporetto 20 from San Zaccaria, Riva degli Schiavoni (by Saint marks’).

The island can be visited only with a guided tour at 15.00, everyday ( call to conferm ) 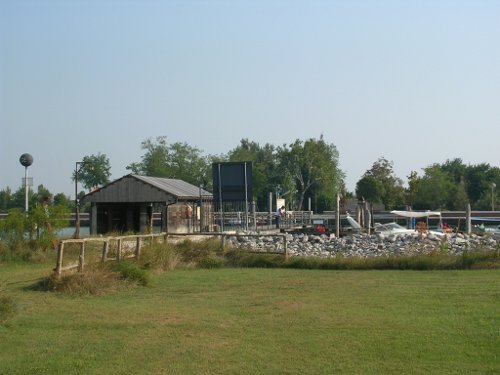 The island of the Lazzareto Nuovo is situated just off Sant’Erasmo and after many years of complete neglect, it has been recovered thanks to many restorations.

It extends itself over 9 hectares of land and it houses many monuments,for example the Tezon Grande and the village walls, which limits the original settlement. 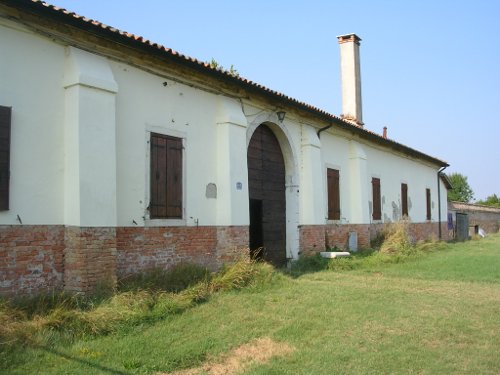 It now belongs to the Ministry of Heritage and Culture and since 1977 the voluntary association of “EKOS CLUB” organises guided tours, meetings, exhibitions and events all concerning the historical and environmental traditions of the city of Venice. 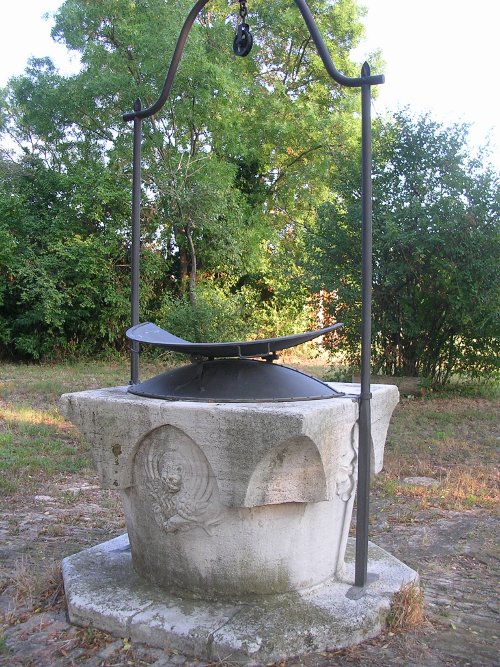 The island had a very important role on the control of the access to the lagoon: for many years, during the period of the Serenissima, it was used as a storage point for goods and people during the quarantine to prevent the city from being contaminated by the plague. From here the name Lazzareto. 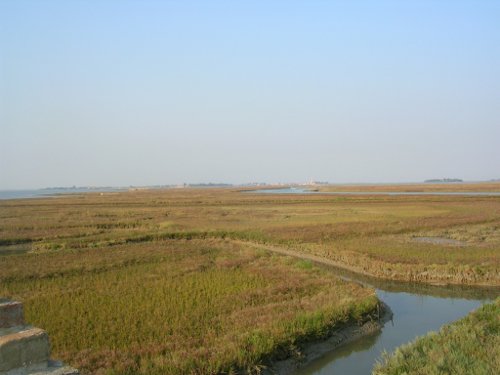 The island is opened to the public from April to October and there are guided tours on Saturdays and Sunday at 9.45 and 16.00 in conjunction with the arrival of the vaporetto 13.

The islands with an alternative means of transport

A very interesting and funny alternative to visit the islands of Venice by vaporetto is to take a kayak tour.

You can do this with the help of Venice Kayak, a local kayak company run by René Seindal and Marco Ballarin. They will organise a lovely tour around all of this islands and more.