Major event on the calendar of the Venice Carnival!

UPDATE 2020: The traditional “Festa delle Marie” will start at San Pietro di Castello at 2.30 pm on 15th February 2020; it will parade all along via Garibaldi and Riva degli Schiavoni and it will reach San Marco stage at 4.00 pm, where the twelve “Marias” will be introduced to the crowd waiting for them. 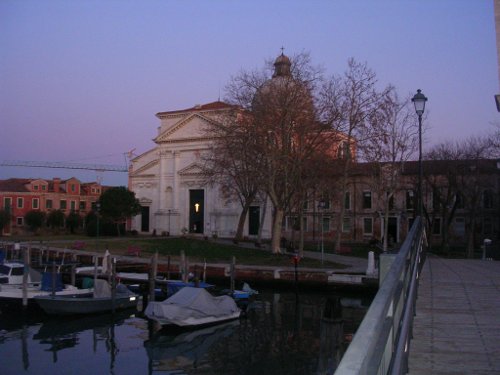 History of the Marie

The traditional “Festa delle Marie” recalls the tribute that the Doge brought annually to twelve humble and beautiful Venetian maidens, tribute made out of the jewels of the Doge.

The Festival, a unique moment when you can admire the costumes of the Venetian tradition, runs on multiple days.

This very ancient festival, whose origin is disputed and which we only know since about 1039, was probably introduced around the year 943 and then continued in the carnival period, when it was established.
On the day of the purification of Mary, February 2nd, Venice had the custom to celebrate the day of the blessing for the brides, during which, collectively, the marriages of twelve girls, selected from among the poorest and the most beautiful of the city, were blessed at the Basilica of San Pietro di Castello. 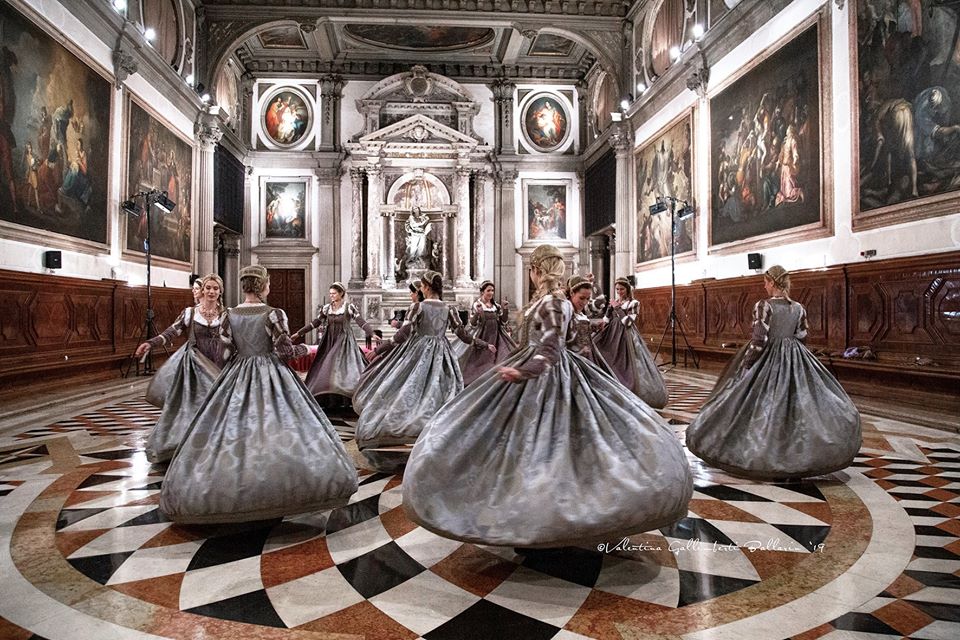 To contribute to the establishment of the dowry of these brides, the patrician families of Venice were involved with the donations and the Doge was customary to lend to the beautiful maidens the gold jewellery from the treasure of the city. Following the sumptuous wedding held in the presence of the Doge and the Venetian nobility, brides were accompanied in procession to Piazza San Marco. 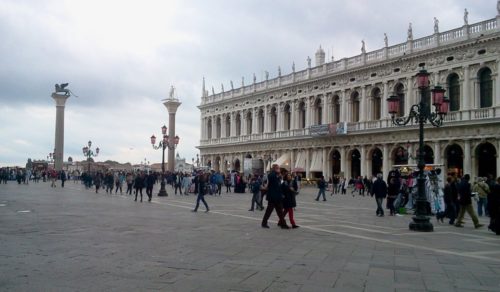 Once arrived at the Palazzo Ducale, the girls received gifts from the Doge, who invited them, also, to a rich and sumptuous reception party in their honour. Then the procession embarked on the Bucintoro, accompanied by numerous small vessels of fellow revellers, along the Grand Canal towards Rialto, then reaching the Church of Santa Maria Formosa, where they carried out other solemn celebrations.

It seems that in 943, the time of the reign of Peter III Candiano, during the celebration of the marriages and to the general amazement, the Istrian pirates broke into the church and kidnapped the brides with all the jewels of the dowry, held by each of them in pretty decorated boxes called Arcella. 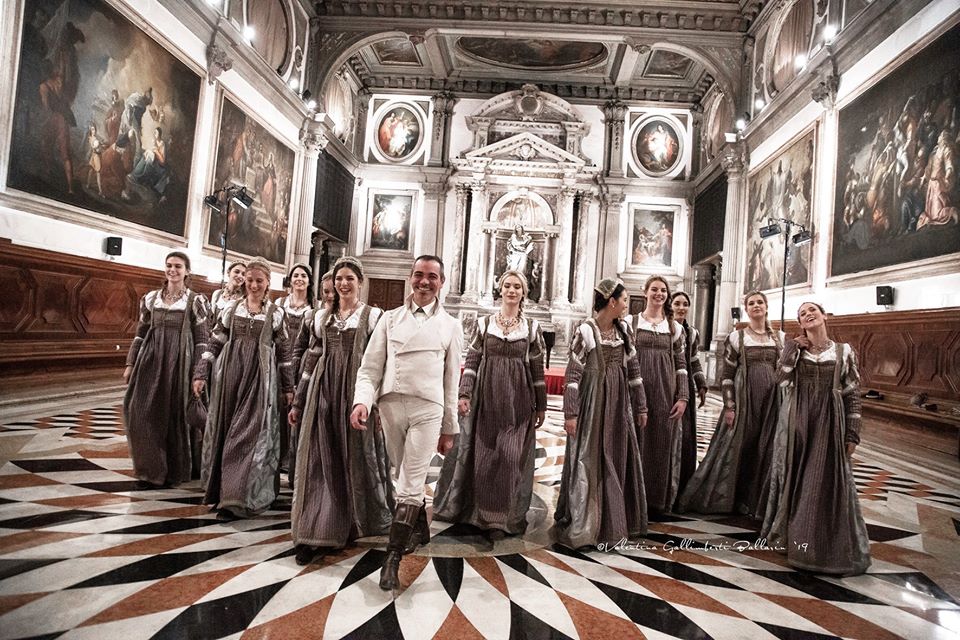 After the initial disbelief and confusion caused by the brutal incident, the Venetians went on pursuit of the pirates with their sailing boats and they organized an expedition, led by the Doge himself.

They managed to reach the pirates in Caorle, where they attacked and killed them all, freeing the twelve girls and their precious gold. The Doge, so there would be no possibility that someone would commemorate those despicable people, ordered that the bodies would not receive burial and they were all thrown overboard. He also decided that the place where he did this bloody episode had to be called Porto delle Donzelle (Port of damsels), whose name still remains. 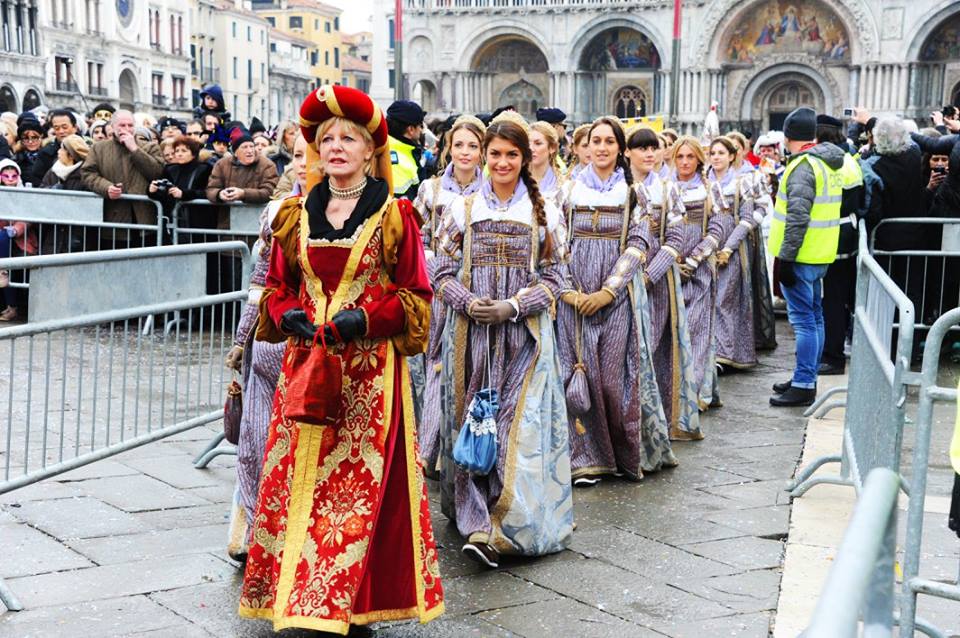 In honour of this victory over the pirates it was decided to institute the Feast of Mary, to be held annually to celebrate the event. It began with the selection of twelve of the most beautiful girls of Venice, in the number of two for each district and each one renamed for the occasion Maria (perhaps because many of the girls who had been kidnapped went by this name or the name of the feast of the Purification of Mary). Noble families were then invited to engage in providing girls with clothes, decorations and jewellery to make them even more princely.

The procession of the Marie, marching in a line of boats crossing the canals of the city, attended religious services in the major churches of Venice, participating in dances, music and refreshments organized by the citizens.

The possibility of getting near one of the Marie was considered auspicious, as well as an opportunity for Venetians and foreigners to see a close up of these beautiful women, wearing rare and prized decorations.

The celebration lasted up to nine days and, in 1272, the number of the Marie was first reduced to four and then three, especially to moderate the enormous cost to the state and noble families. 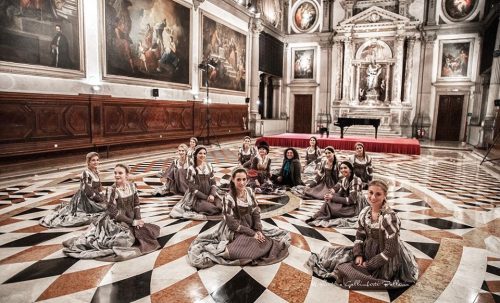 The celebration underwent further changes until the spirit and main essence of it was compromised so people went to the procession more to see the beauty of the girls, rather than to commemorate the event. The authorities then decided to replace the Marie with their silhouettes.

This change inevitably led to the protests of citizens, who soon began to target shapes with stones and vegetables, so that in 1349 a law was passed prohibiting the throwing of objects towards them.

The expression of tola de Maria (Maria’s table), coined for the occasion, is still used today in Venice with derision to indicate a woman flat as pancake, with no shape.

The following year the Feast of the Marie slowly fell into disuse and was suppressed in 1379, a time when Venice was involved in the war of Chioggia.

It was officially restored about six hundred years later, in 1999, although with a few variations.

Today the procession of Marie, consisting of twelve young girls, parades from San Pietro di Castello, site of the ancient Basilica in Venice, until you reach Piazza San Marco, where the ceremony is concluded with the presentation of Marie to the town.

For some years now the event is connected to competition for the Mary of the year.

This year also a novelty: The 12 Marie will take part in a cooking class with Cook In Venice, in a beautiful 14th Century Palace, learning to create wonderful typical Venetian recipes using all locally produced ingredients! 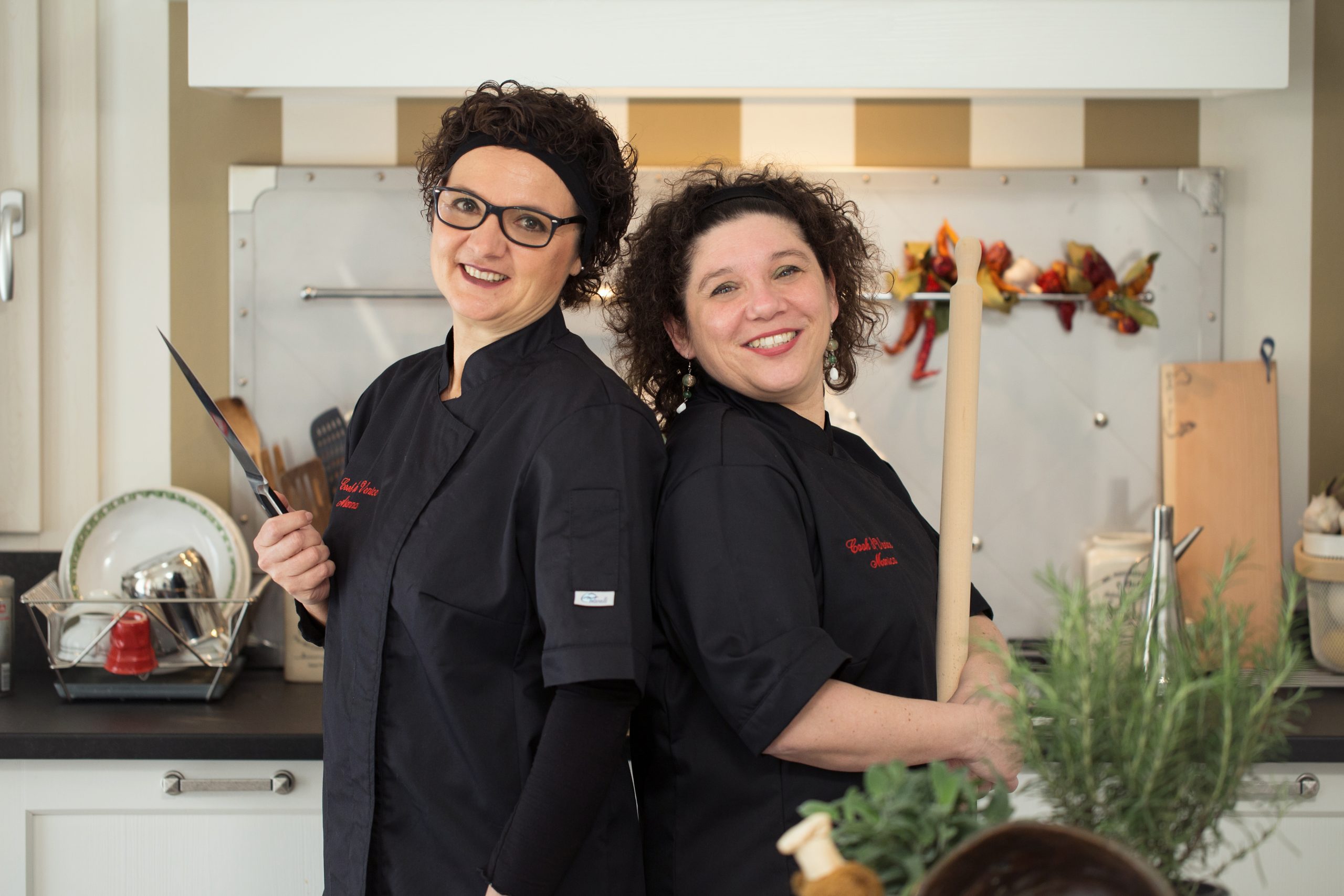 Watch out on 19th February for this event on social media os Cook In Venice and my social medias!

So on Saturday, February 15, the procession of the twelve Venetian girls, selected in the weeks before the Carnivale, will set off in Venice.

The pedestrian procession, accompanied by groups in historical costume of the Comitato Europeo Rievocazioni Storiche and  associations for the Carnival, will depart from San Pietro in Castello at 14:00 walking along the Riva degli Schiavoni and arriving in Piazza San Marco, where there will be the presentation of the “Marie” to the citizens.

The coronation of winning “Maria” will be Mardi Gras, 25th February, with the end of the water parade leaving from San Giacomo dell’Orio and ending in Piazza San Marco. There, at 17.00, the Doge will crown the most gentle and graceful maid, sealing the day dedicated to Women’s Day.

The History of the Frittella

THE FLIGHT OF THE ANGEL - VENICE CARNIVAL

Slow Venice on a Boat with Classic Boats Venice

THE FLIGHT OF THE ANGEL – VENICE CARNIVAL