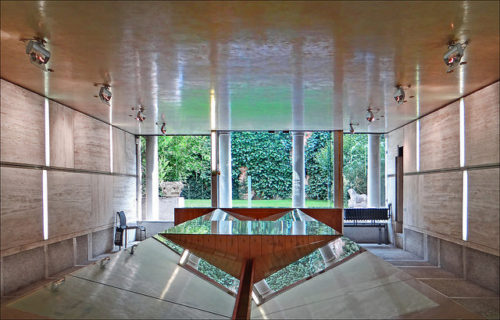 Fondazione Querini Stampalia is a separate universe within the city of Venice. It is a building which can be visited as a museum, but which you can also access as a user of the library, located inside it. 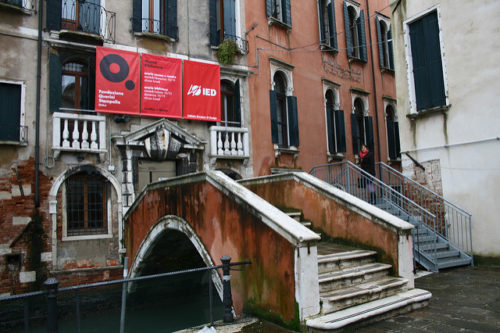 This is also a space in Venice constantly hosting contemporary art exhibitions.

Basically Palazzo Querini Stampalia is an authentic “culture factory”. Although it is secluded from the classic routes which take tourists to Venice, it continued for years to work with large-known architects and artists, leaving its own little imprint on the lives of the people who visited it. 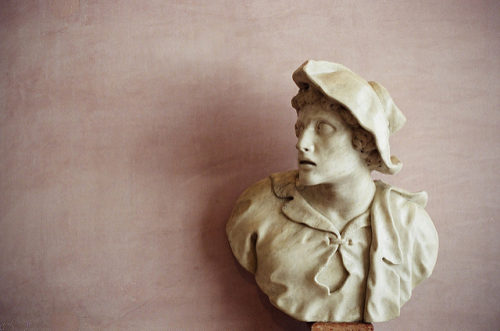 Some records attest to the presence in Santa Maria Formosa of the Querini family since the 13th century, but the largest number of records only appear after the end of the 15th century.

According to the heraldic tradition, the Querinis have very ancient origins.

The branch that lived in Santa Maria Formosa was known orginally by the nickname of “Zii”, because of the lilies that were portrayed in their coat of arms. Later, to avoid confusion with the other numerous branches, the family identified itself by adding to the family name that of “Stampalia”, taking it from the feudal possession of the homonym Aegean island. 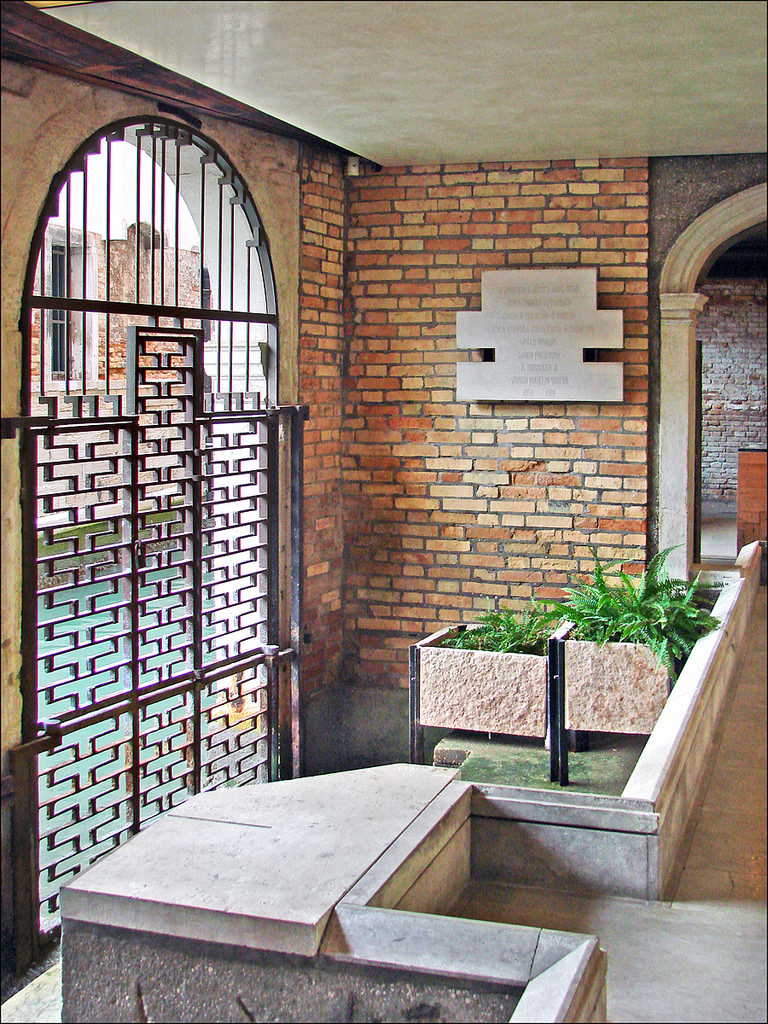 A document of 1514 gives an account of a significant extension of the palace commissioned by Nicolò Querini for the construction of the new building.

The growing prestige of the Querini family in the first decades of the sixteenth century pushed them to make a series of improvements. The choices made over the years manifest the lack of a unified project and emphasize an approach to building by simply adding and merging. 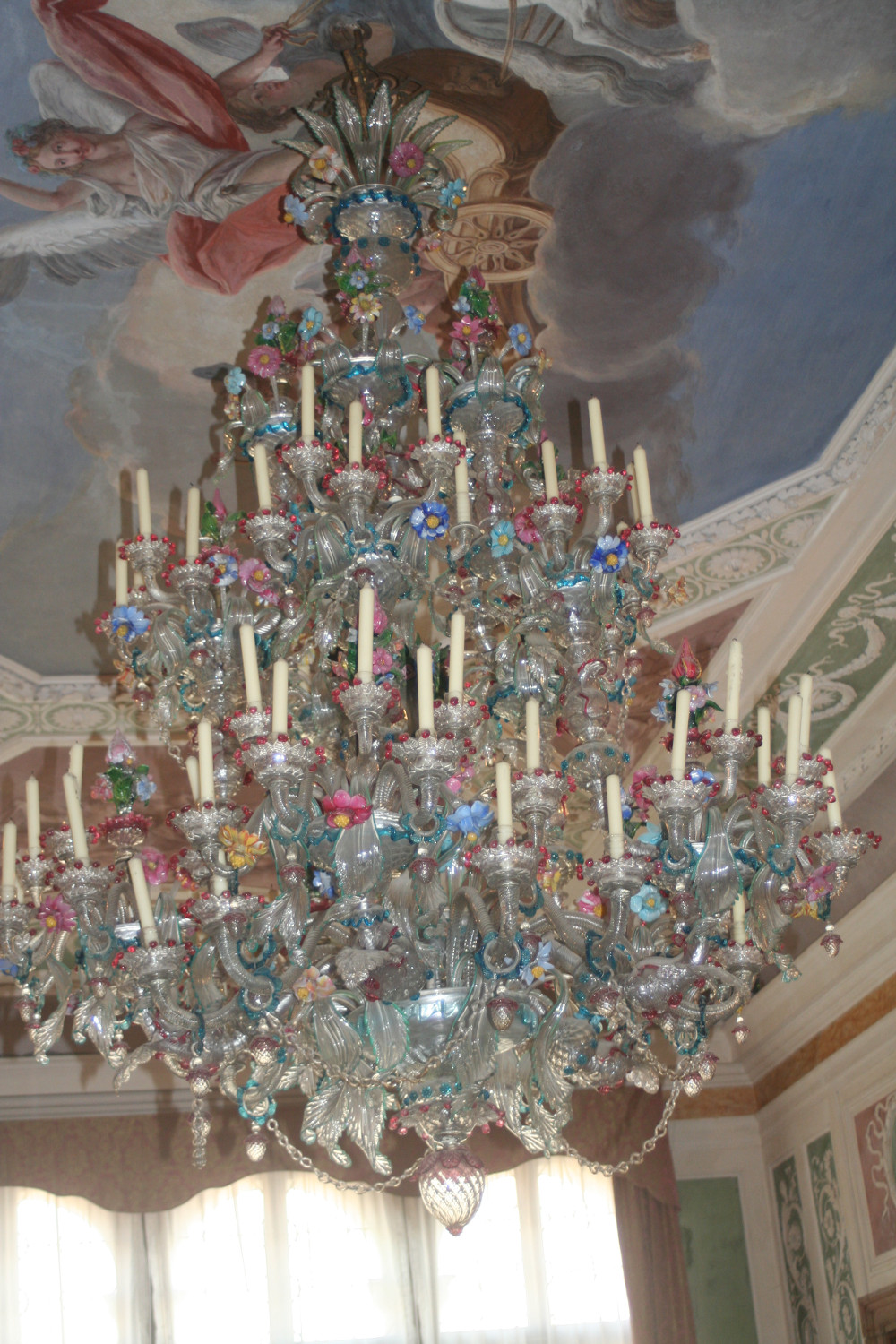 The Palazzo is developed and articulated in time with the annexations of neighbouring properties and with elevations, being divided into apartments and sometimes partially rented.

Count Giovanni, with the testament of 1868, donated the palace to the city.

According to his testament, the library had to be allocated on the first floor, stating also that it had to remain open even when other libraries were closed, especially at night and on holidays.

The original core of the collection was created over the course of more than seven centuries of history of the Querini Stampalia family and includes manuscripts, incunabula, rare printed editions, ancient maps and engravings.

All the family’s paintings, furniture, porcelain, sculptures and art objects were collected on the main floor, allowing to re-arrange and open to the public the historical residence of the noble Venetian family. 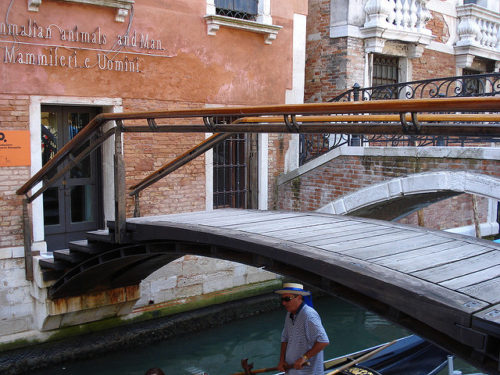 The Querini Stampalia Museum is a historic residence, located on the second floor of the 16th century Venetian palace decorated with stucco and frescoes.

It is the site of the Foundation commissioned in 1868 by Count Giovanni, the last descendent of the Querini Stampalias. The Palace is the location where the entire heritage of the ancient Venetian family is kept.

The museum houses one of the richest collections of art of the lagoon city, with over four hundred paintings by Venetian, Italian and Flemish artists from the 14th to the 19th century 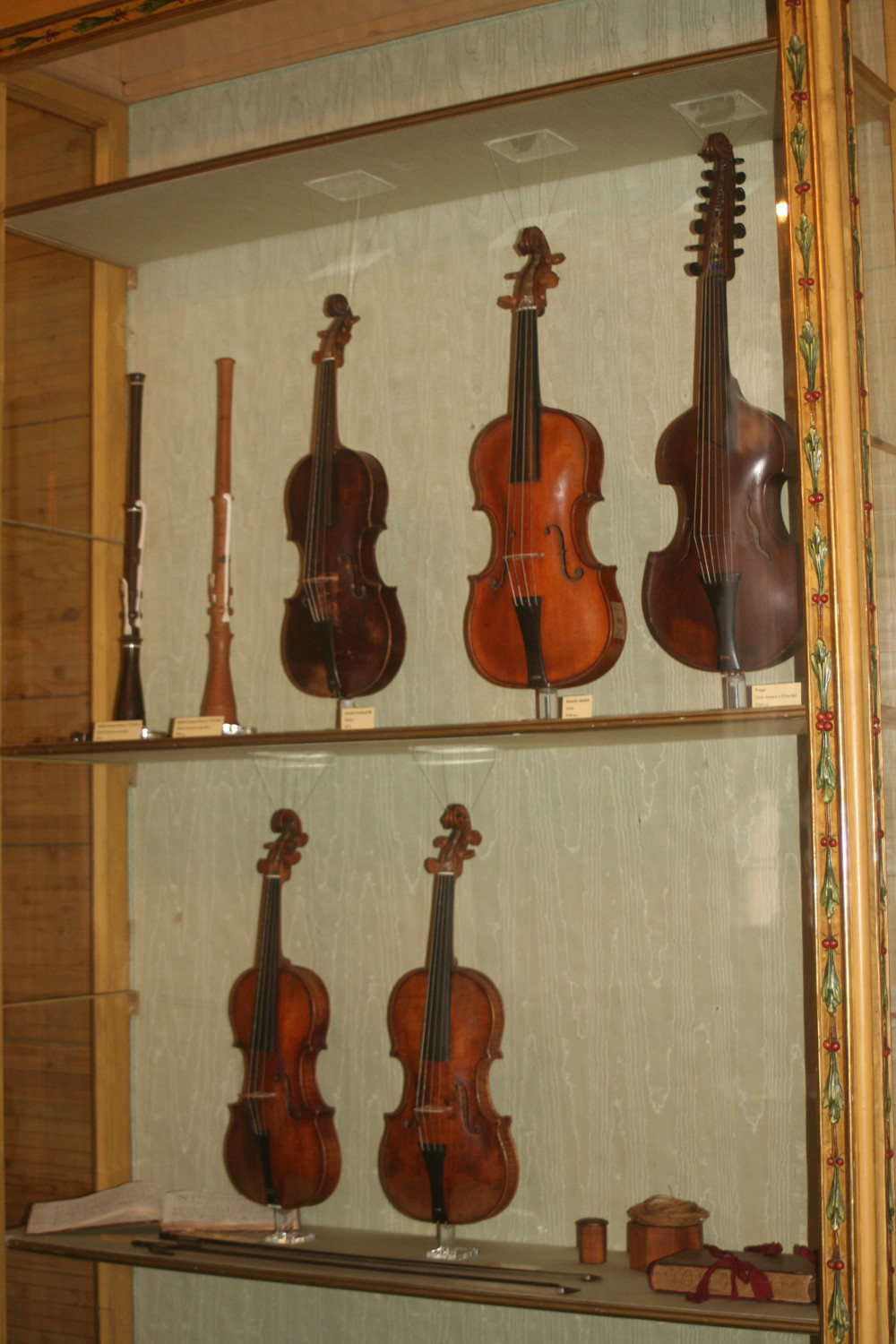 The most famous part of the collection is the most extensive pictorial documentary of Venice in the 18th century. One hundred paintings of which thirty are genre scenes by Pietro Longhi and sixty-seven are views by Gabriele Bella.

Querini Stampalia maintains the house-museum character, where the exhibits allow the visitor to enter in a typical scene of 18th century splendor. 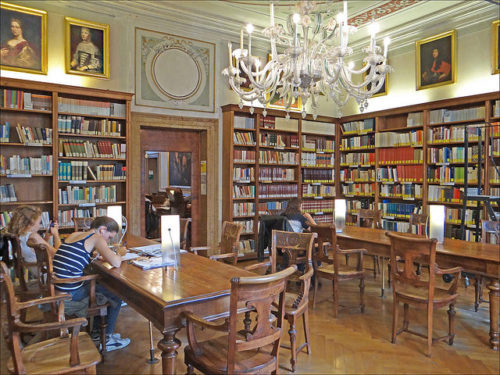 The modern collection, of about 300,000 volumes, is general in nature and is increasing constantly.

In the reading rooms, arranged on open shelves, there are over 30,000 reference works and about 400 current periodicals, all directly accessible.

They are a variety of active services: distribution, reproduction, bibliographic information and loan to libraries.

Numerous computer workstations are available to readers for consultation of catalogs and to support study and research activities.

Inside the library, in the first room of the Newspaper Library, there is a fully equipped computer station for the visually impaired and for blind users. 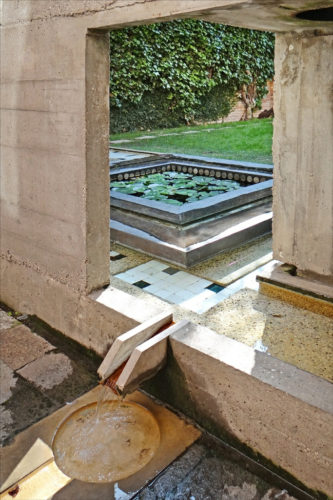 In this museum you can admire one of the most beautiful gardens of Venice, designed by the famous architect Carlo Scarpa.

In 1949, the Foundation entrusted the famous architect Carlo Scarpa with the task of rearranging a part of the ground floor and the garden of the Palace. The work will be carried only ten years later and thanks to the direction of Giuseppe Mazzariol, a friend of Scarpa, an art historian, cultural animator and promoter of a vision of Venice enlarged to the best international experiences. 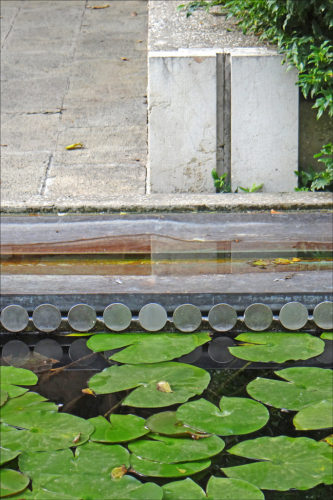 The project was part of an overall restoration in the ground floor of the Palace, which was often flooded with high water. The garden, which in the 1800s was even used as a warehouse, became the central focus of the new exhibition areas.

The restoration by Scarpa was based on a measured combination of new and old elements and a great skill in the use of materials, particularly using water as a central decorative element. 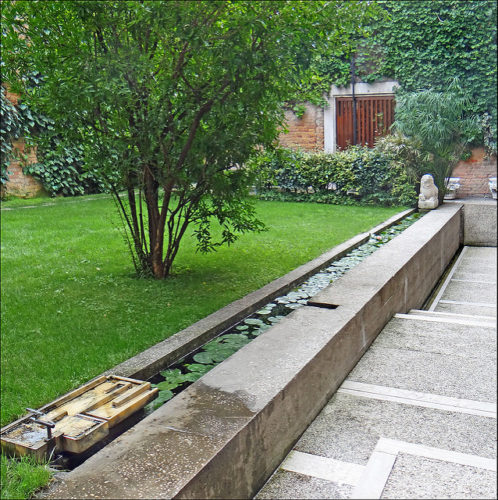 Water enters the building from the canal which the palace overlooks. It passes through partitions running along the interior walls and reaching a deep pool of various copper, concrete and mosaic levels. It also passes through a small canal at the end of which there are two labyrinths carved in alabaster and Istrian stone. On the wall you can see a mosaic of glass tiles of Murano, designed by Mario de Luigi.

The garden is the quintessence of wisdom: it takes an element of weakness and turns it into strength. 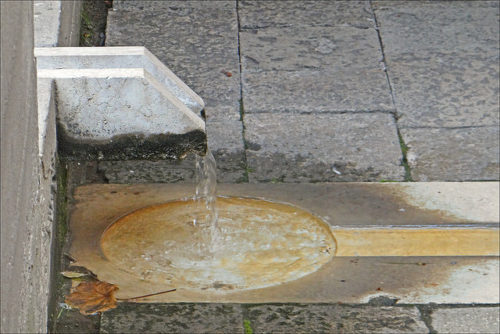 Carlo Scarpa did this, in the early sixties, to defend the historic building in Campo Santa Maria Formosa from the acqua alta. Using an opposite and contrary action, by breaking the boundary between external and internal, by just leaving the water to be the architectural element.

The ups and downs of the tide create fluids floors, governed and orchestrated wisely, on which to move following an admirable system of walkways.

The garden alternates new and old elements, which interact with the history of the Palace and enhance each other.

It is a green space that combines modern and historical architecture and welcomes water as a fundamental element in tune with the city in which it resides.

Walking around it seems at one point to be inside a Japanese garden. A tidy and rigorous composition, which seems wanting to convey inner peace.

The Restaurant in Venice for meat lovers: Regina Sconta

What Acqua Alta is really like in Venice – Videos