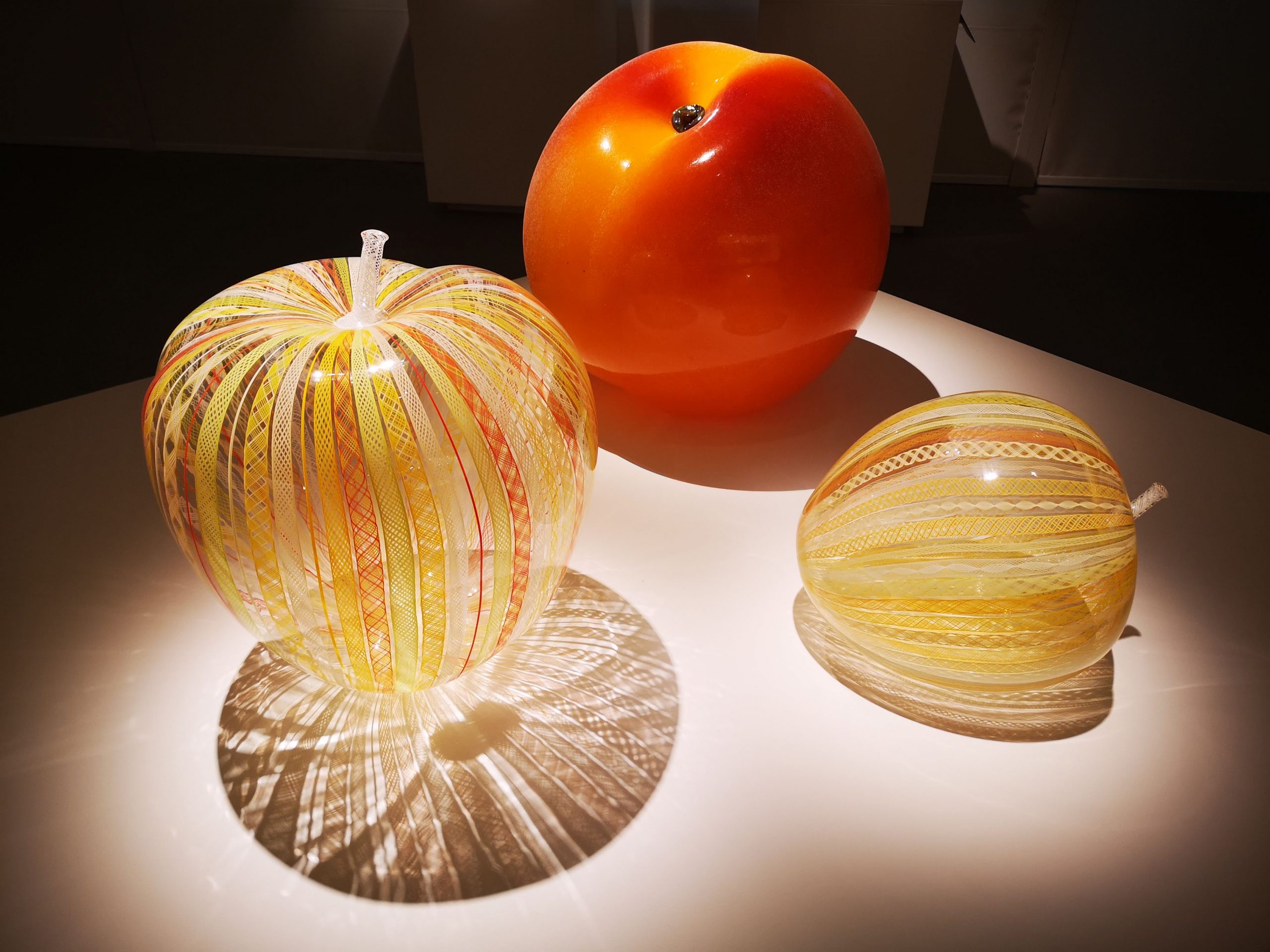 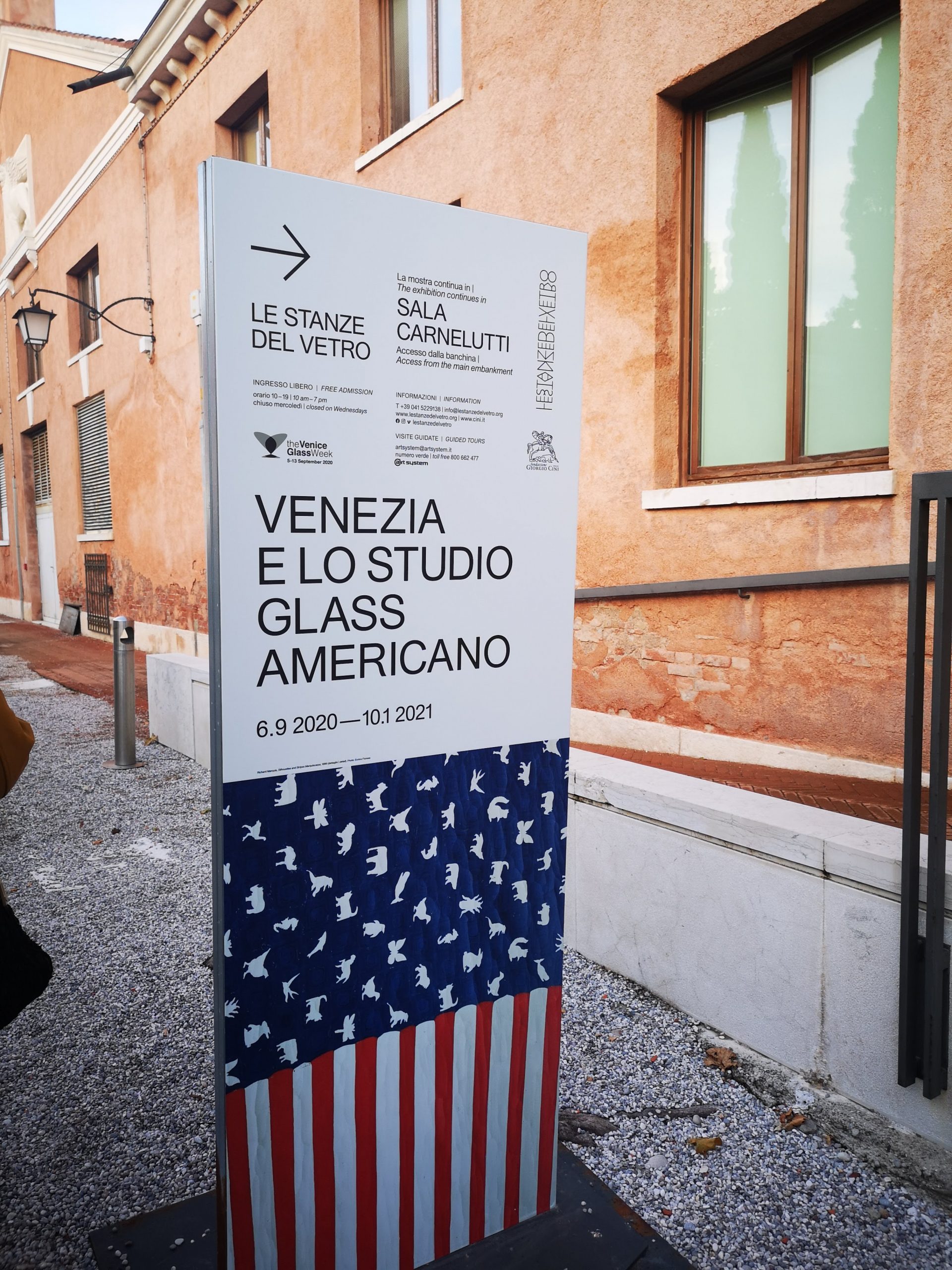 At the Stanze del Vetro, the story of how Murano influenced America, and vice versa 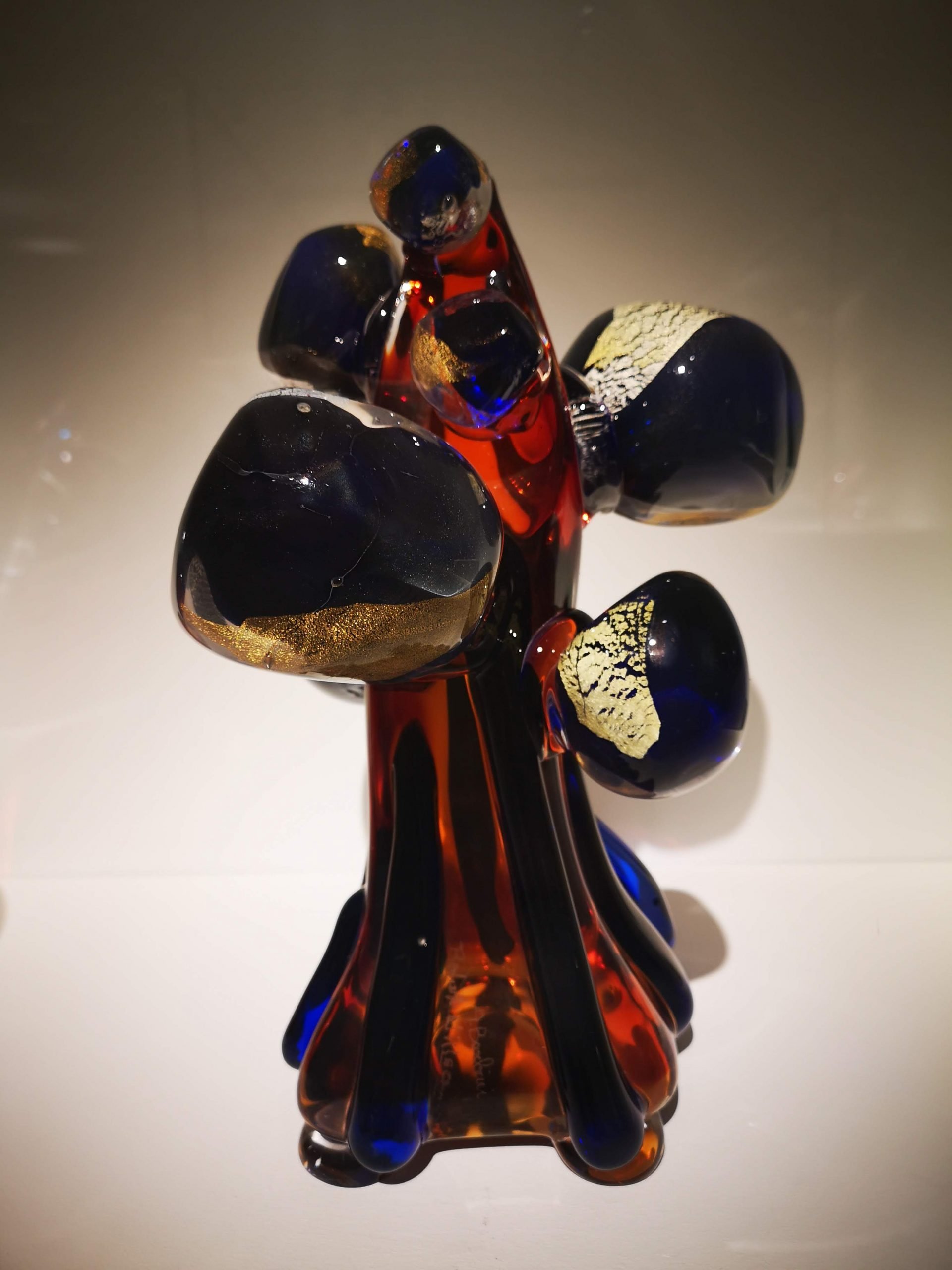 The eighteenth exhibition of the Le Stanze del Vetro project on the Island of San Giorgio is “Venice and the American Glass Studio”, curated by Tina Oldknow and William Warmus, former curators of modern and contemporary glass at The Corning Museum of Glass in New York. 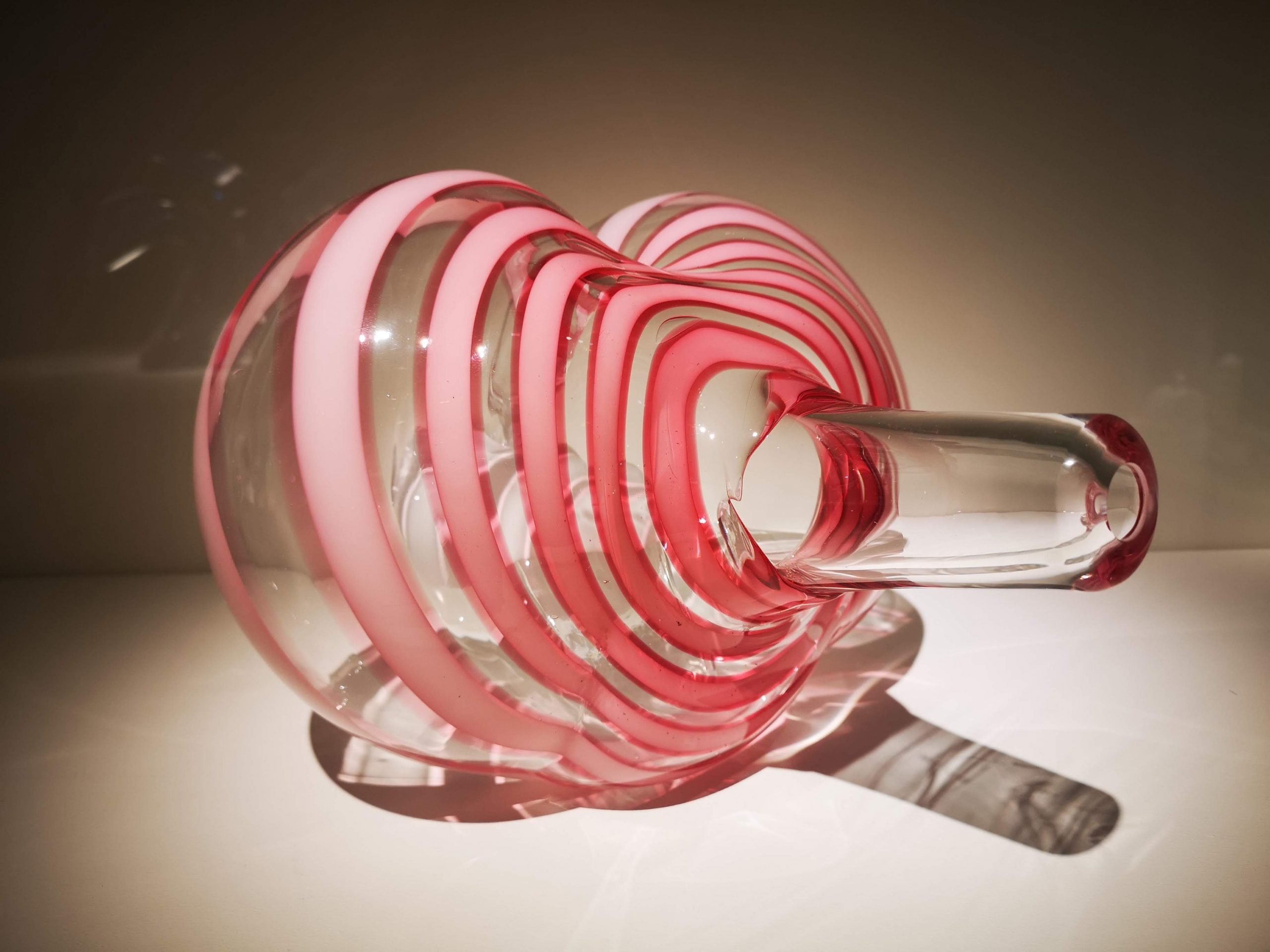 Highlighting the variety of art and design in contemporary American glass, the exhibition features striking and inspiring works, both traditional and innovative.

This is the first exhibition ever to examine in depth the influence that aesthetics and traditional Venetian glass processing techniques have had on the American Studio Glass from the 1960s to today. 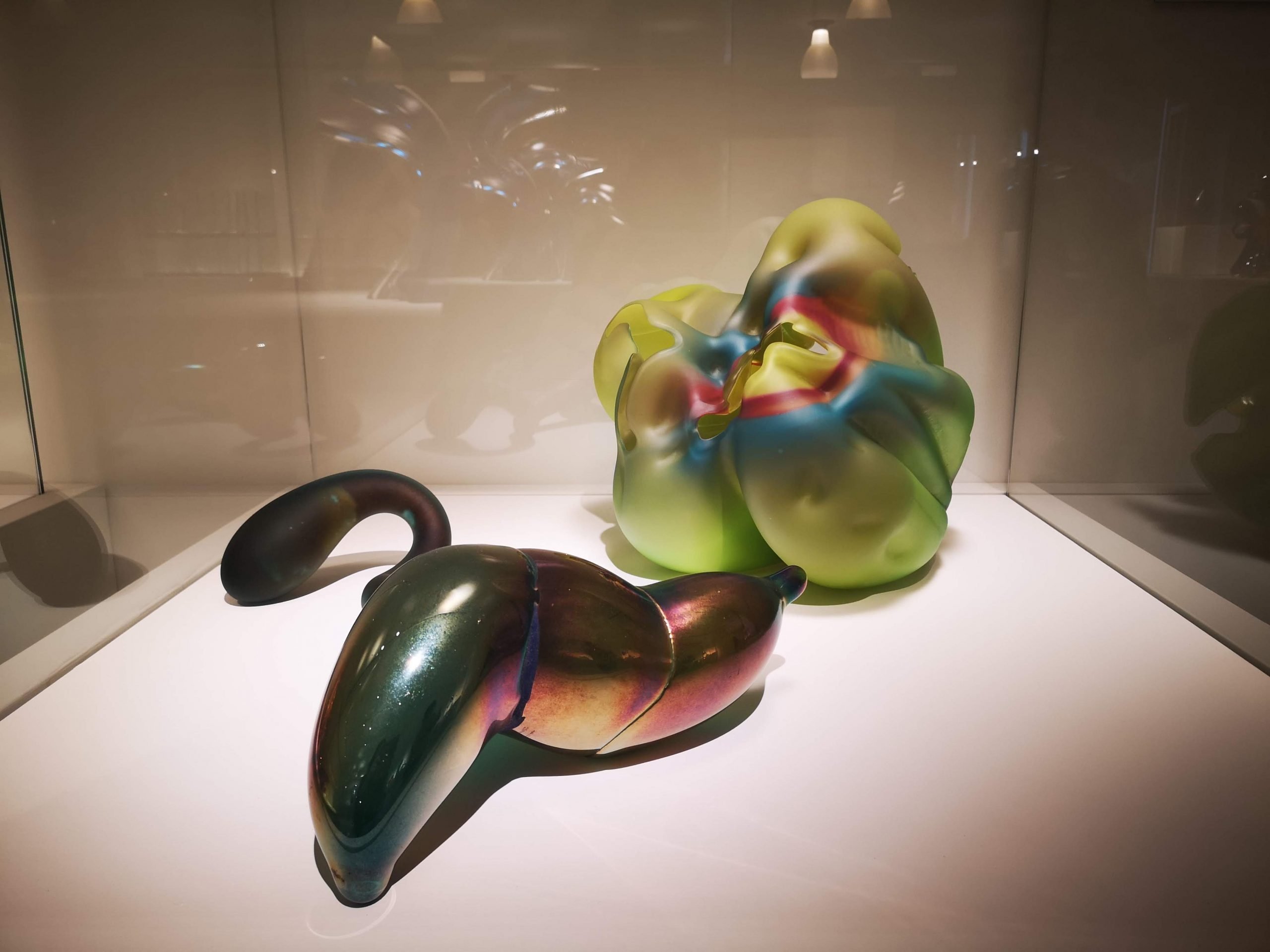 The aim of the exhibition is to demonstrate the enduring and versatile legacy of Venetian glass production in America, analyzing the deep impact that Venice has had on contemporary American glass art.

It also examines how American artists and Venetian glass masters (especially Lino Tagliapietra and Pino Signoretto) have renewed the liveliness of a historical artisan language and how they have further developed it to create magnificent works of art.

There are 155 pieces including vases, sculptures and glass installations created by 60 American and Venetian artists. 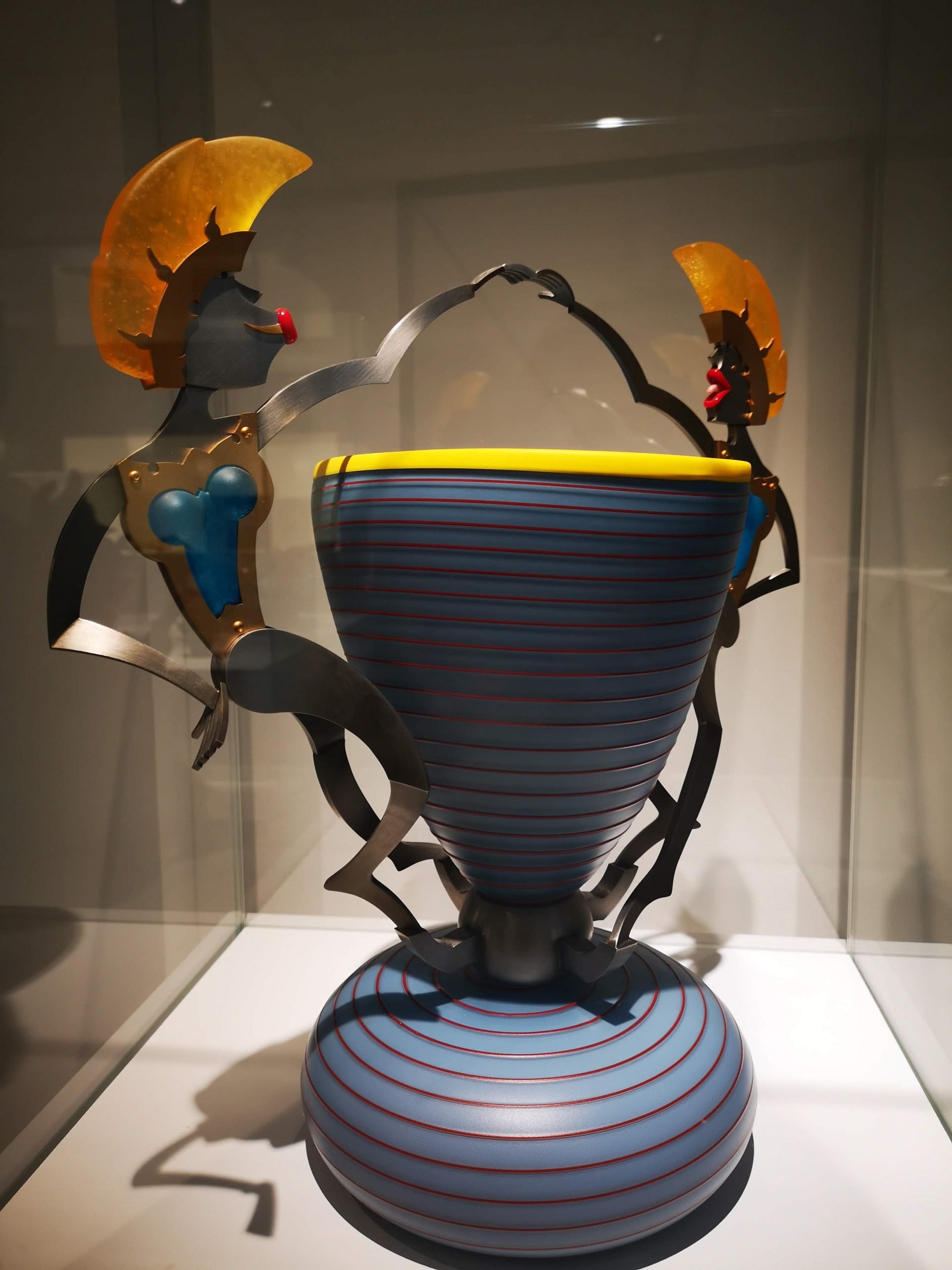 Many of the artists featured in the exhibition had a profound influence on the development of glass in the Glass Studio, both by teaching and working with other artists, and by using traditional Venetian glass working techniques to create unique new artworks. 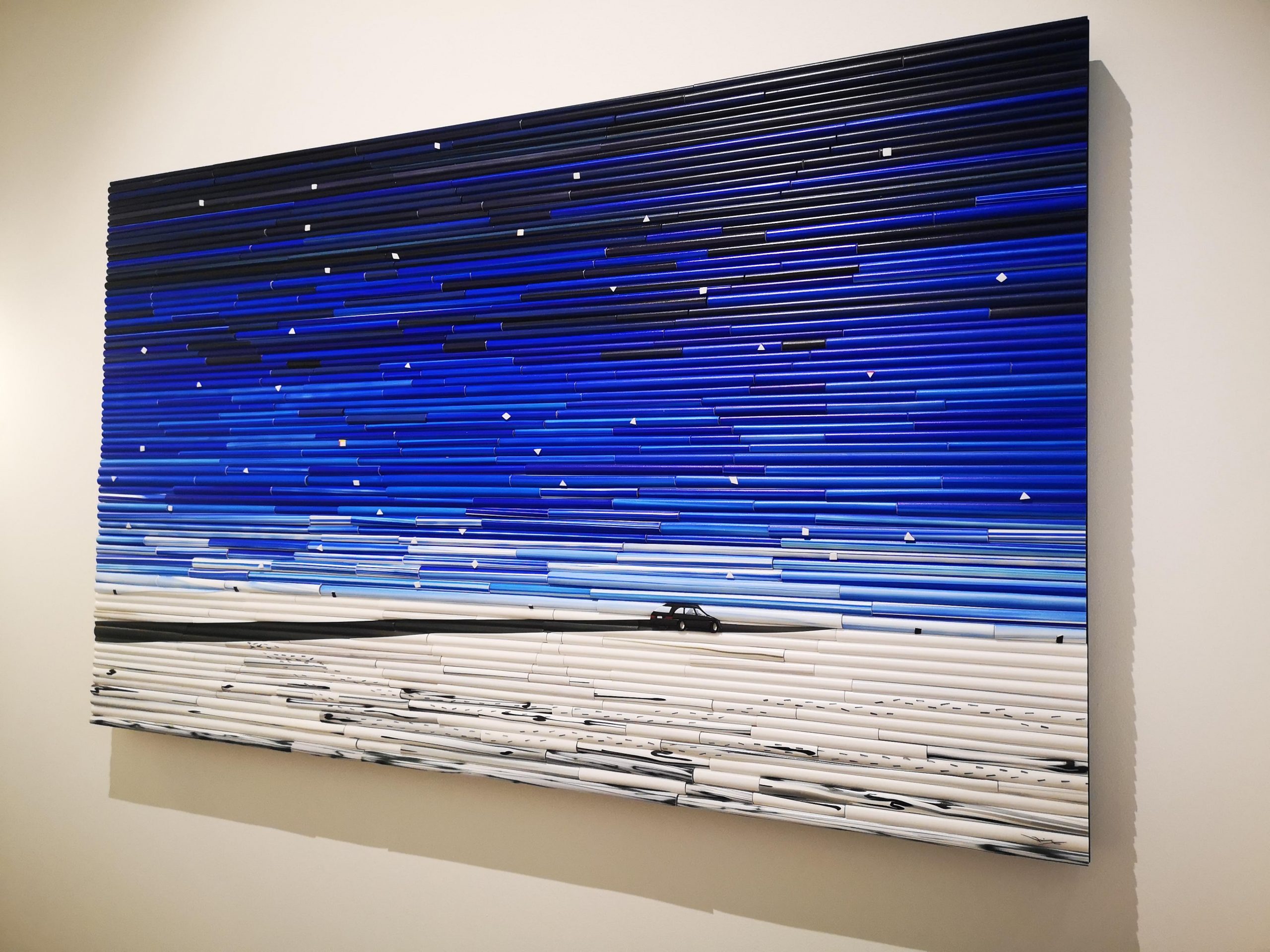 Pioneering artists like Dale Chihuly and Benjamin Moore went to Venice, learned the techniques and then invited Venetian masters to the United States to teach. 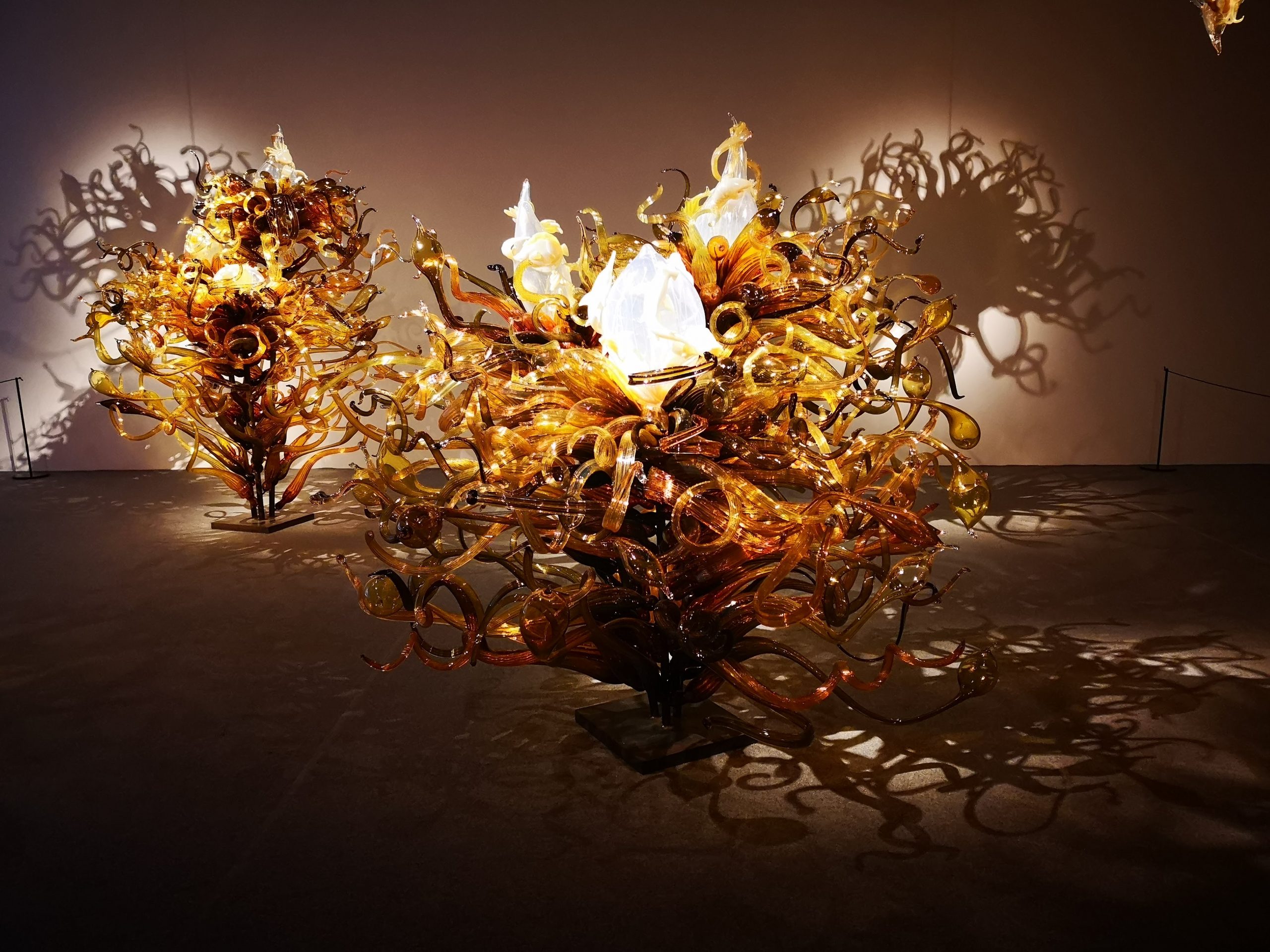 The Laguna Murano Chandelier in Venice

Chihuly has made some Venetian-inspired series over the course of his long and prolific career and among the most significant pieces proposed by Venice and American Studio Glass, a place of honor goes to the Laguna Murano Chandelier, the spectacular glass work he created in Murano in 1996 together with the glass masters Pino Signoretto and Lino Tagliapietra. 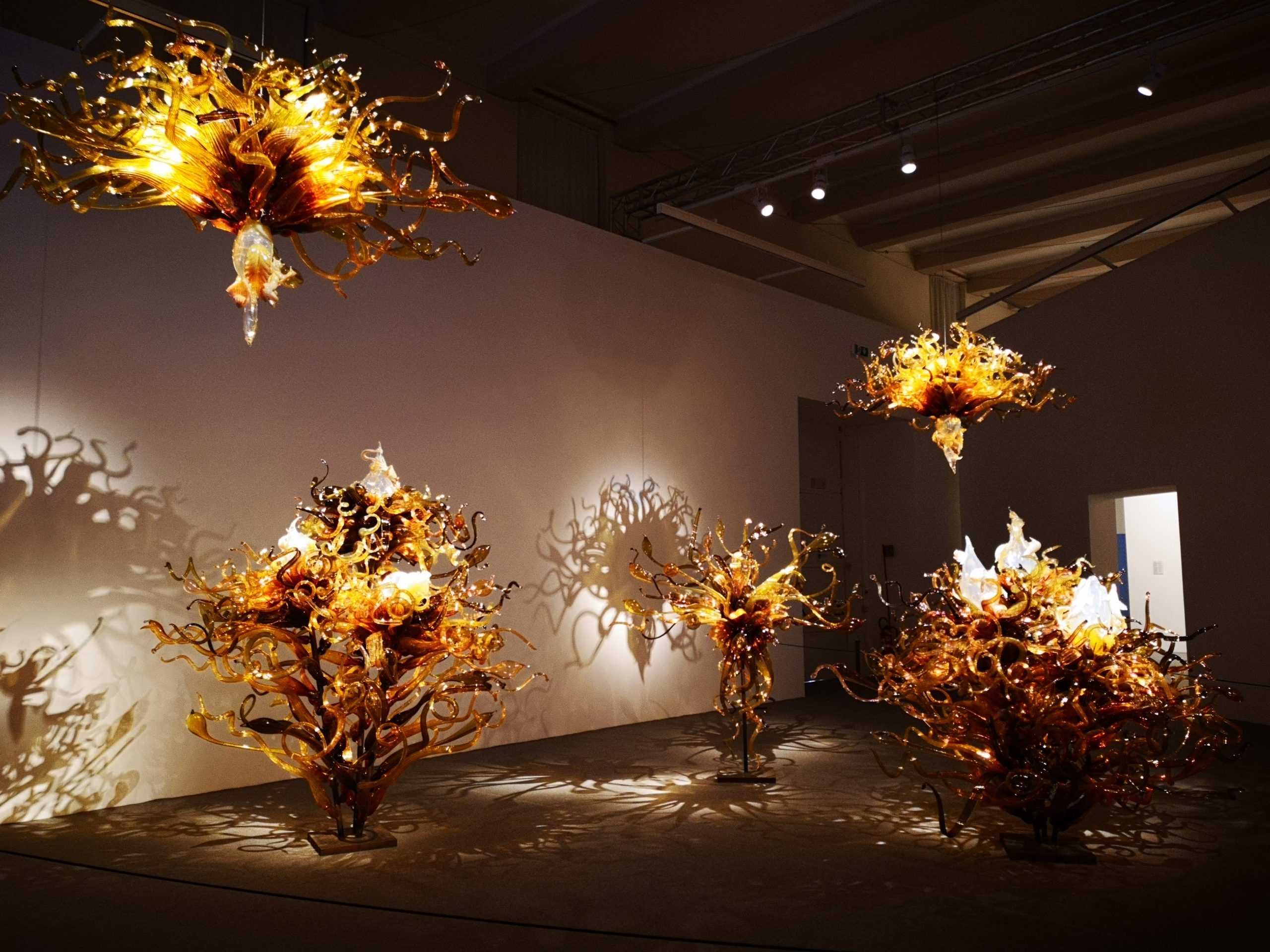 It is a  tangible testimony of the long collaboration and contamination that took place between American and Venetian artists in contemporary American glass and it was created for the “Chihuly Over Venice” project, which consisted of installing a series of sculptures both outside and inside of the lagoon city, although, even if it was created for the occasion, it has actually never been exhibited outside the United States. 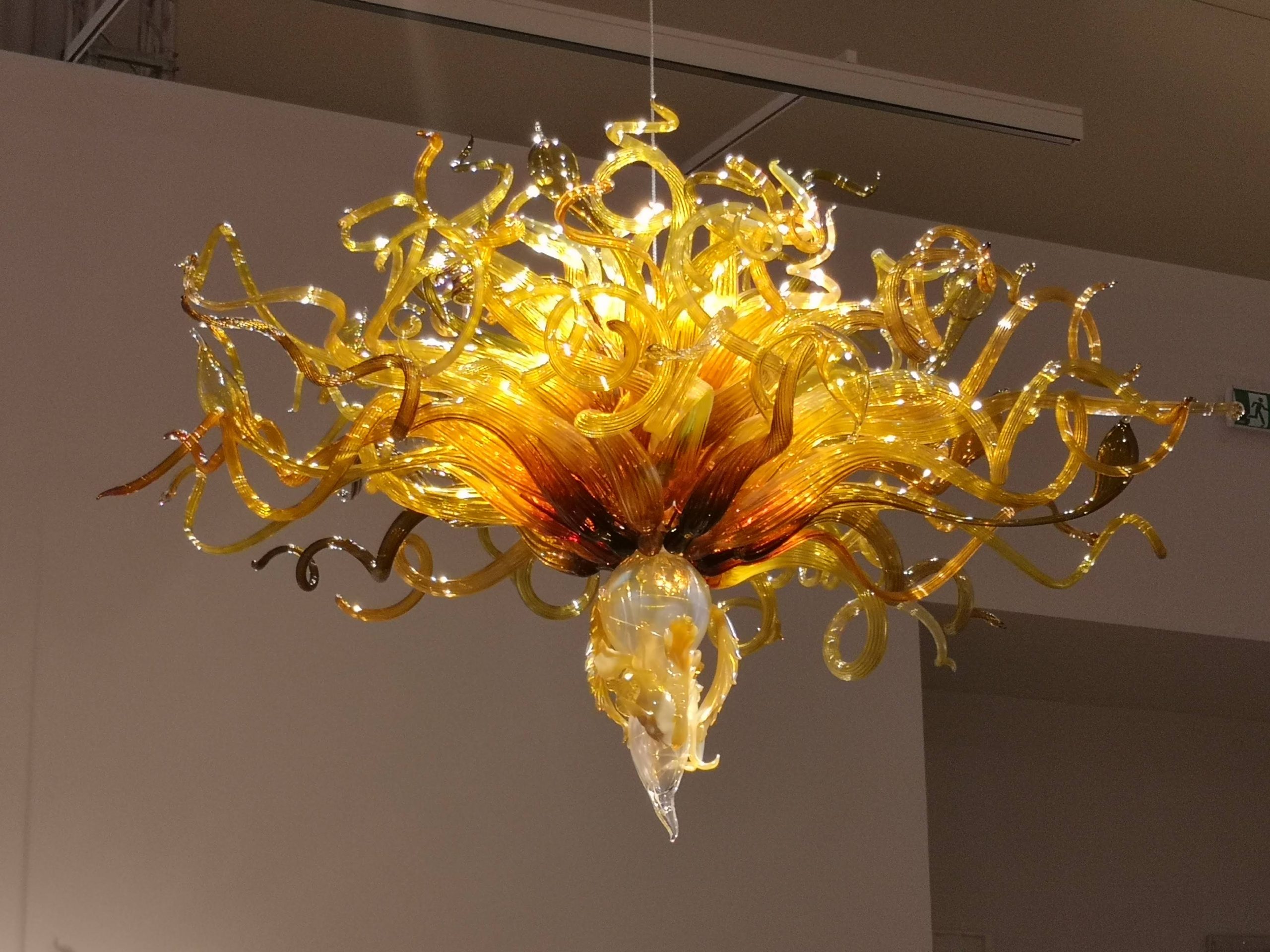 The goal of the American Studio Glass movement between the middle and the end of the twentieth century was to remove the production of glass from industrial processes and make it directly in the artist’s studio, turning it into a material at the service of contemporary art. 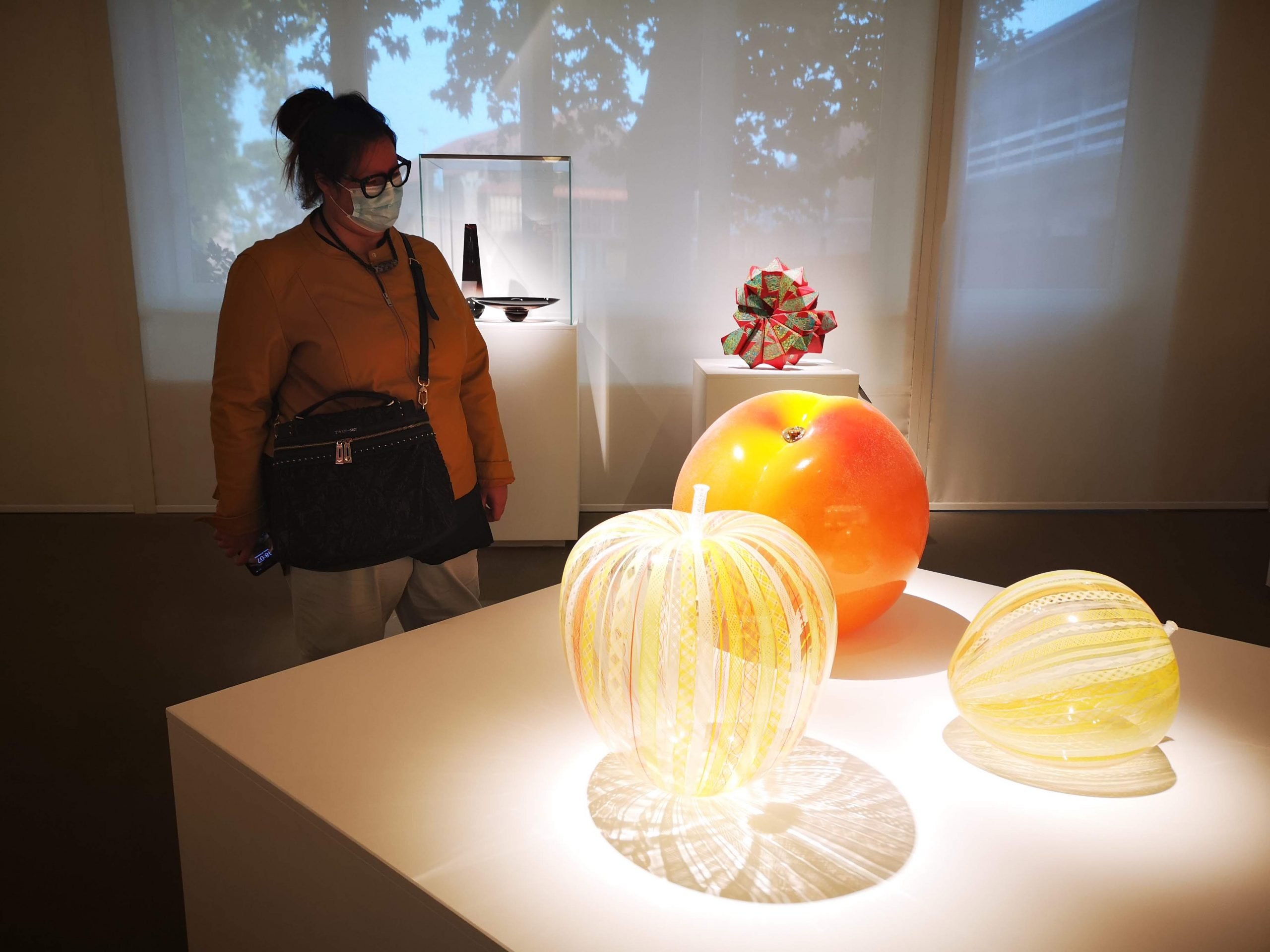 In the late 1960s, some artists thus began to blow glass in experimental and innovative directions, even if most American artists did not have sufficient technical knowledge.

By 1960 glassblowing had long since industrialized in the United States and many manual skills had been lost, so the artists of Studio Glass had looked to Europe, and in particular to Venice and Murano glass blowers, as a guide. What followed was a “love affair” with Venetian glassmaking, which, at the end of the 1990s, had spread to the United States and the world. 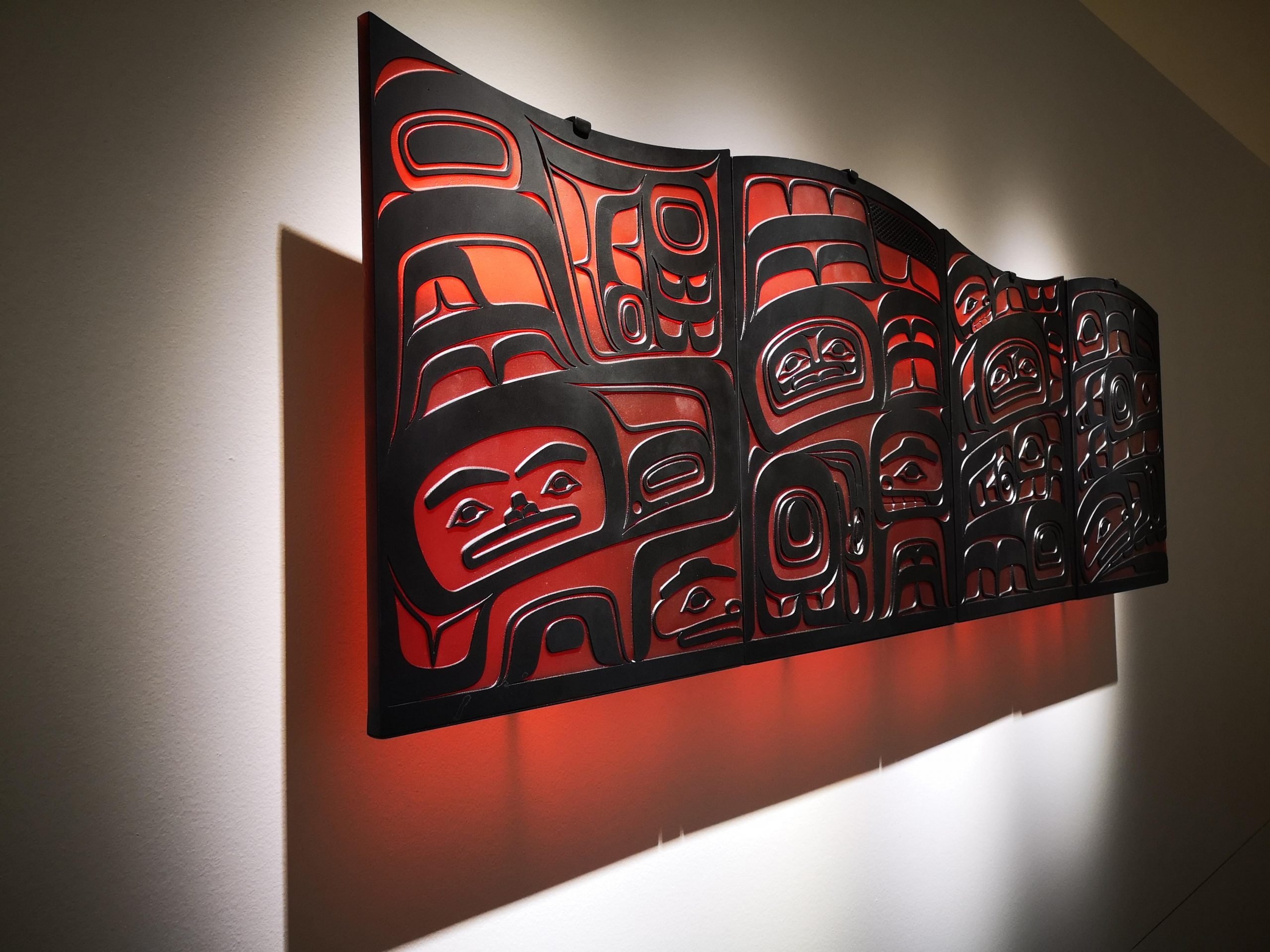 Artists such as Dante Marioni, Nancy Callan and James Mongrain, learned from the glass pioneers of Studio Glass, but above all they came into contact with the techniques of Venetian masters at the beginning of their careers; Benjamin Moore’s corpus particularly focuses on Venetian ideas and Richard Marquis has developed entirely new uses for the Venetian mosaic technique, known as murrina, for his American flag-inspired objects, teapots and Marquiscarpa vases. 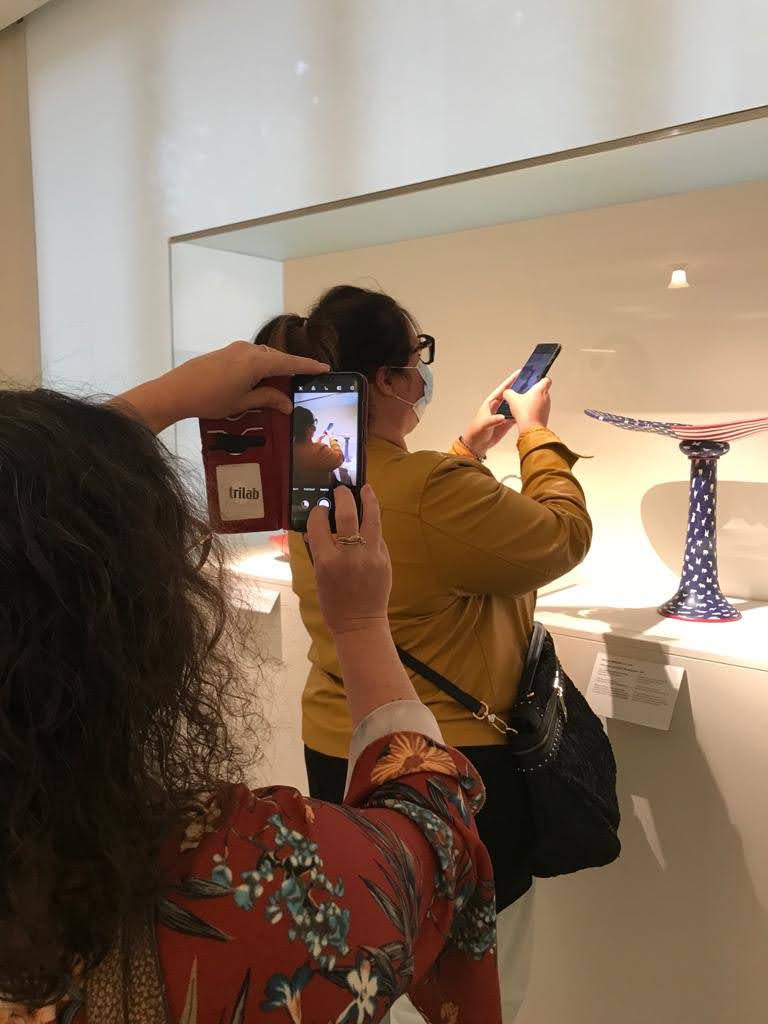 I had the pleasure to attend the exhibition with the talented glass artist Alessia Fuga a few days after the official opening.

We took a guided tour, which was pretty interesting, and then Alessia filled in the gaps. 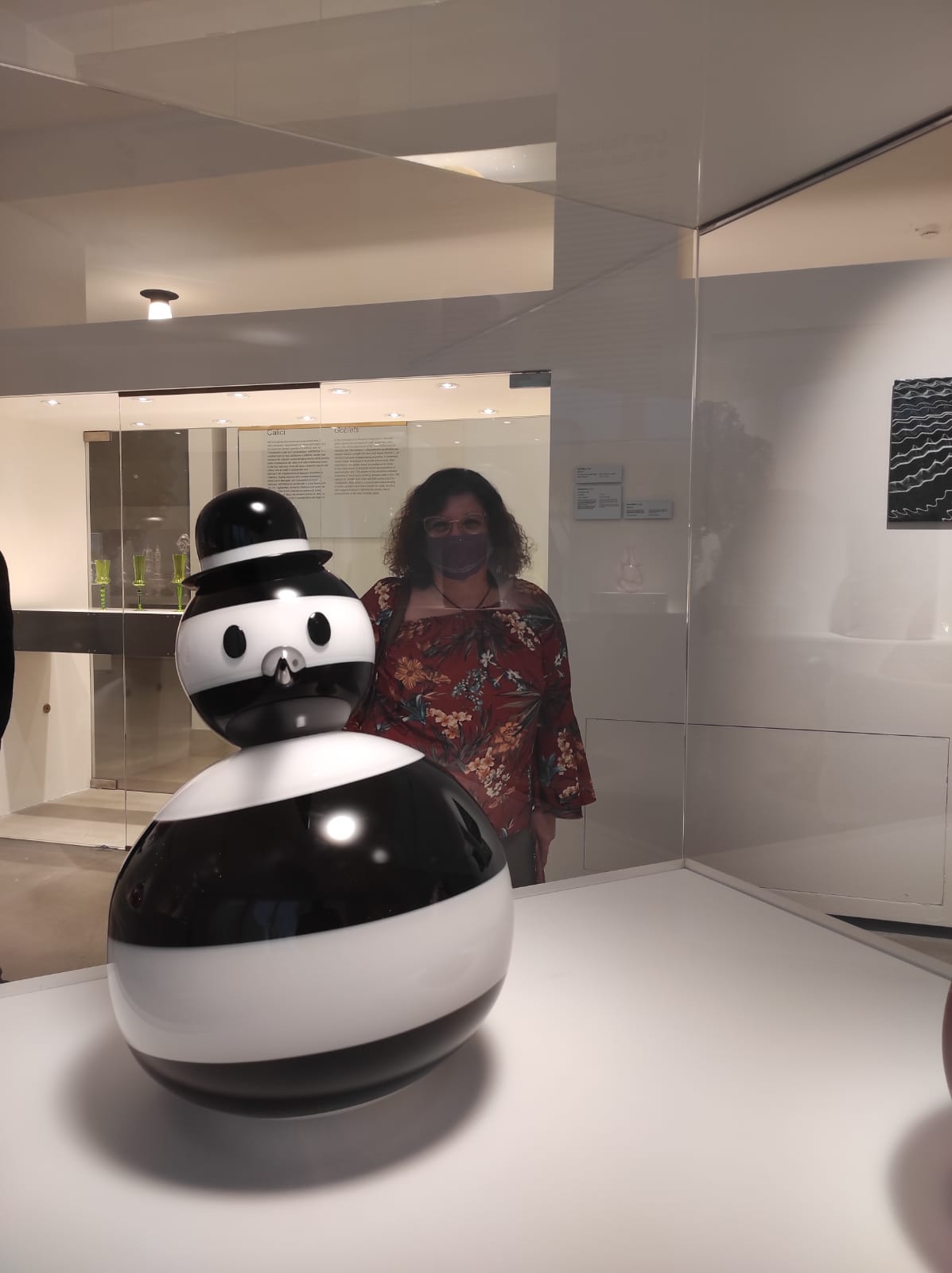 This is by far one, if not, the best exhibition by Le Stanze del Vetro, which I had the pleasure to visit.

Vibrant, colourful, exciting – all of this and more!

And I hope it will be extended to later than January to allow more visitors to view it.

When you eventually will make it back to Venice, this is the exhibition to go to!

Burano, the Rainbow Island – Must see in Venice

Help Us Clean the Island of Sant’Erasmo in Venice

"Life is too short to waste it to realize the drea

🇺🇸/🇮🇹 👇 Allan: What are you doing S

"Stop waiting for Friday, for summer, for someone

Thanksgiving thanks to @hardrockcafevenice #Thank

Good morning and Happy Thanksgiving to all my Amer

2019 When my phone used to take amazing videos The

Be positive - Remember to always look at what you

A year ago... SORRENTO #sorrento

POLL: If I was to start my Instagram live intervie

It's not because things are difficult that we don'

What do you think i prepared with all of this Radi