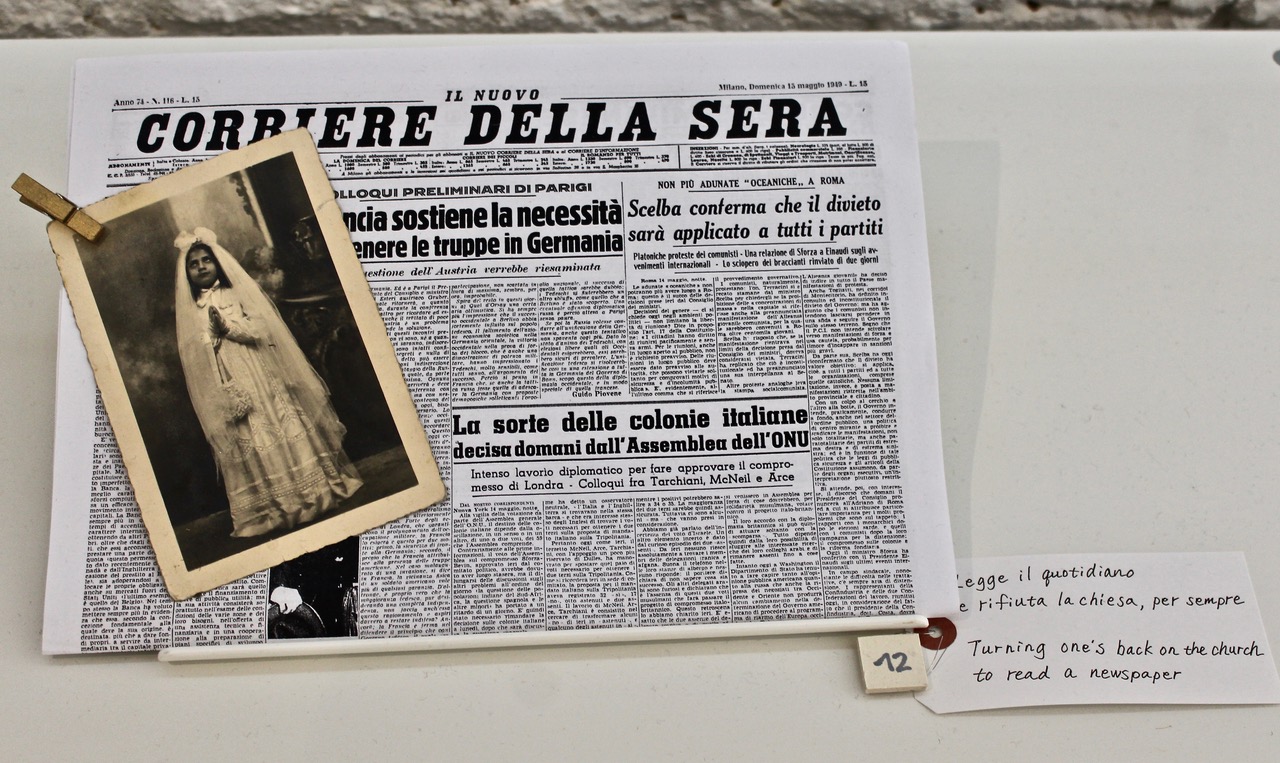 Let’s find a sponsor for Anew Museum in Venice!

A met Manuela Cattaneo della Volta for the first time in November 2018 – she was the moderator in the event I organised at Ca’ Sagredo in Venice for the launch of the book by JoAnn Locktov, Dream of Venice Black and White.

At first I was a bit in awe: she is a famous journalist and writer.  But as soon as we started talking I realised she is a very sweet and easy-to-talk-to person. And also quite humble. The first thing she said to me: “Do not introduce me as a writer, I am not a writer, I am an author….writers are people like Calvino, Hemingway etc. I am not in that league!” 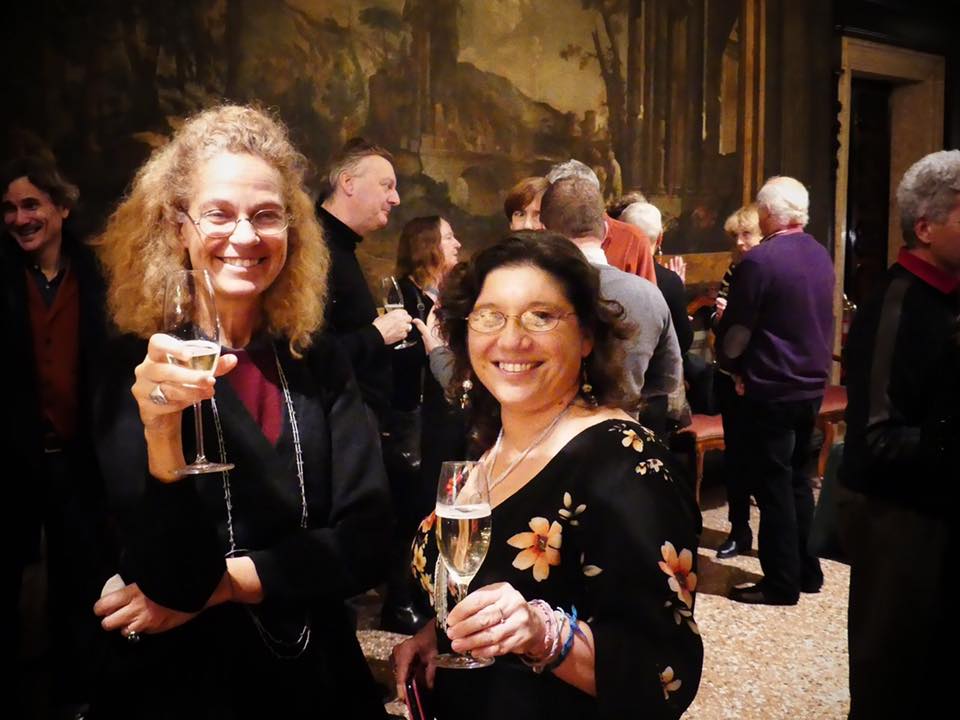 A few weeks later she contacted me: she had a new project she wanted to talk to me about – could I spare her few minutes for a chat?

So we met over a cup of coffee, a winter morning in Venice, and ended up talking for hours!  With some people is just a question of chemistry!

But first of all, who is Manuela Cattaneo della Volta? 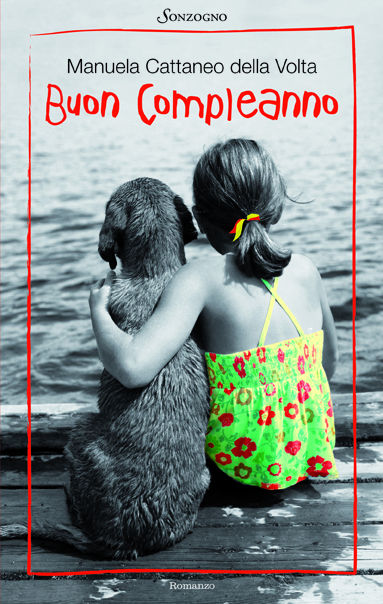 Manuela is  the author of the novel “Buon compleanno”, published by Sonzogno, a story of loneliness, seen and told by a child, who then becomes a woman, from new-born to 22 years old.

Born in Milan, she has a degree in languages and modern literature and a master’s degree in psychology and sociology in New Jersey.  She is a professional freelance journalist collaborating with various newspapers such as Grazia, Yoga Journal, Men’s Health, Bella, Espansione, Glamor, Corriere della Sera, Tuttoturismo, She, Marie Claire, People Money.  But her experience also ranges over the television field too.

Now you know why I was in such awe! 😀

So after chatting about Venice, Venetians and how things are changing in our wonderful city, she told me about her new project.

I am going to let Manuela explain it all in her own words! 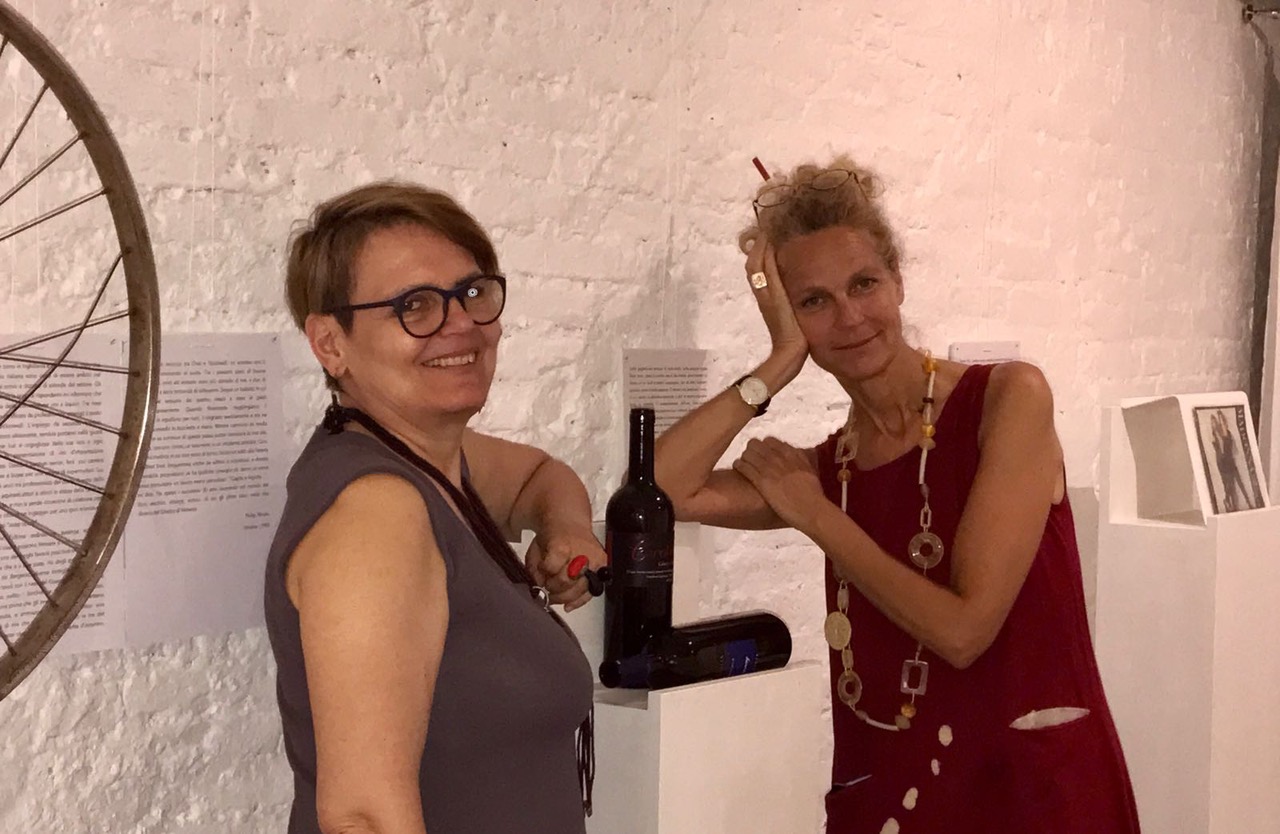 “Anew, how it begins/come comincia”

It all started with a piece of paper, just 10 centimetres long: the entrance ticket to the Museum of broken relationships in Zagreb – over a hundred separations, told in a few lines and the most disparate objects, symbolising the farewell.

Why, I wondered, not telling how things started instead of how they ended? It doesn’t matter if that story won’t last forever, it is new, and born in a special way.

“The idea was born like this – Manuela says, turning that visit into a traveling exhibition with the idea of making it a permanent museum – The goal is to make people think; linger on that moment and maybe tell yourself: it can happen to me too, or, even, it happened to me too.

The stories and objects on display are the “stages” of a mental journey, of a moment in our lives in which we have passed a threshold; perceived that, from that moment, our life would have taken another direction, or rather a new beginning. 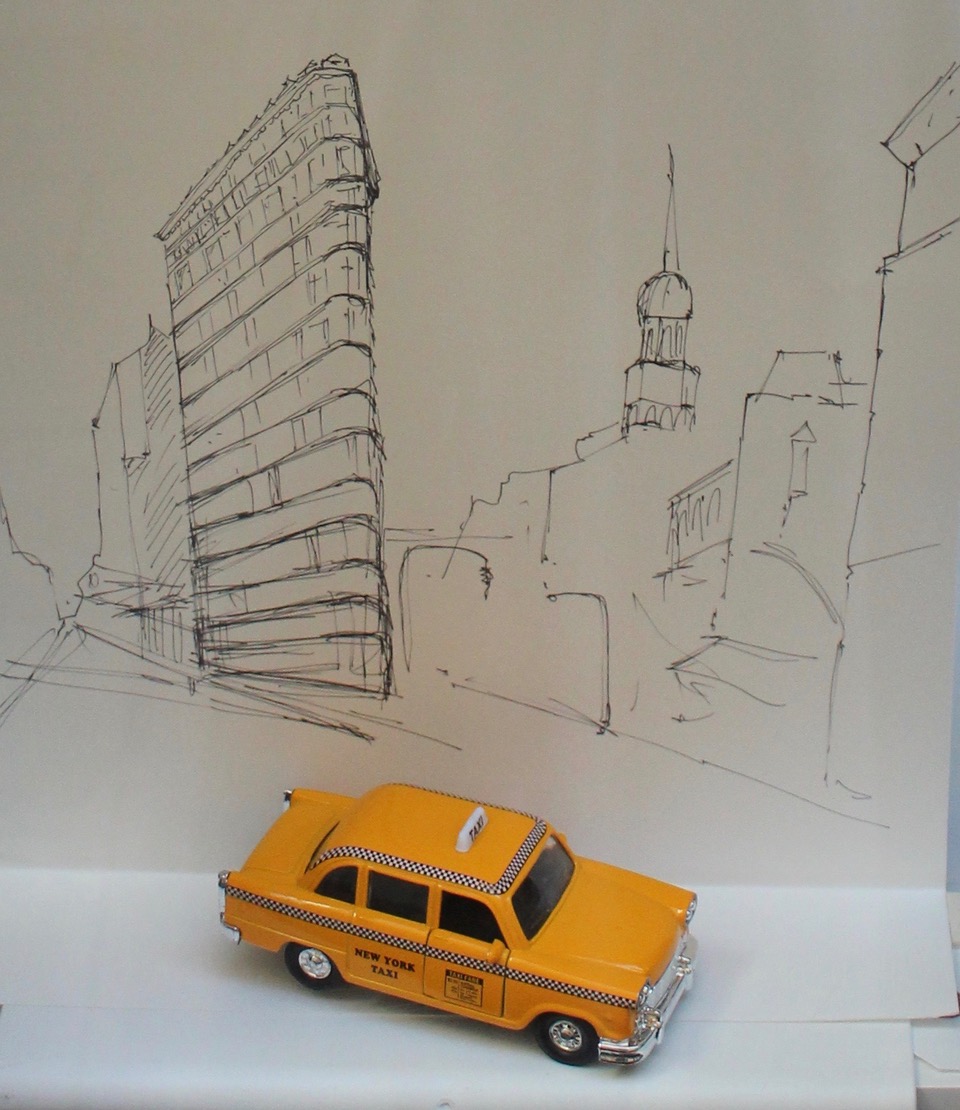 People who told me about their passage donated the objects: at 5, 12, 35, 60, 80 years old; in Italy, in India, in Africa, in the USA, in Japan. Everyone knew how to recognize the occasion, caught it, and got involved, again.

Through this path of stories, we compare ourselves, we discover a reality that seems like magic and passes by it. Waiting for our epiphany moment, or maybe just reliving what happened to us.

Life stories have always fascinated me and being able to inspire a new story with another is an even greater satisfaction”. “Anew, how it begins/come comincia”, shows the turning point, the special moments in the lives of normal people.

An object to symbolize that moment of radical change that has happened, sooner or later, to anyone.

Knowing how to recognize it and tell it, maybe after forty years, but aware that in that moment … your life has changed. 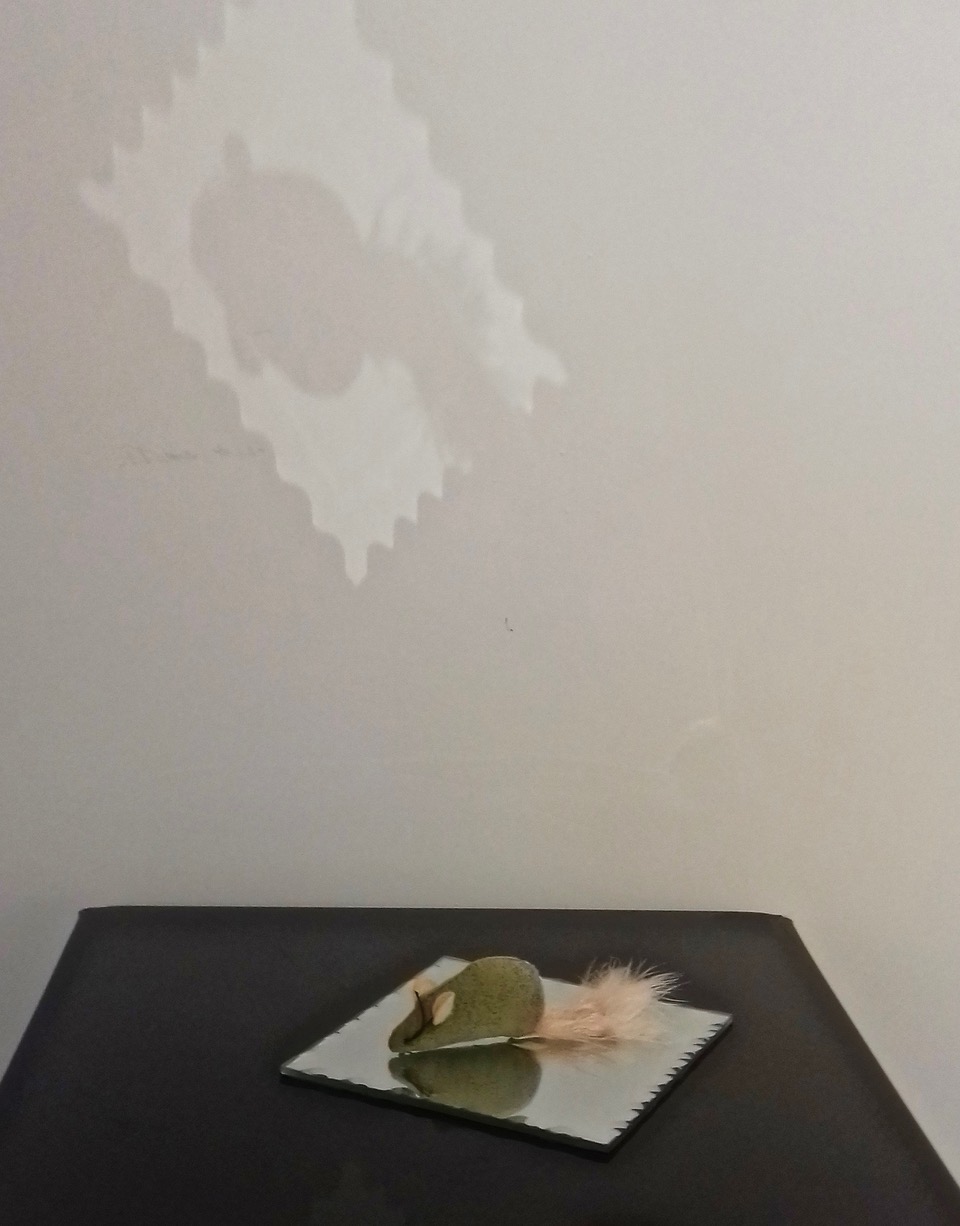 The first exhibition was in the lagoon, at ARTIsm3170 by Anita Cerpelloni, who joined the project with enthusiasm, and whose “Anew” concerns precisely the space that hosted the exhibition in May 2017: a lithograph of the fronds of a tree under which she dreamed of a space, all for herself, in Venice and that she found, just a few days later.

“But there is also a hard boiled egg for the city architect who became a chef at the seaside, – remembers Manuela – a chessboard for the lady who rediscovers love in old age, the battered wheel of a bicycle for the bartender who becomes an antiquarian of books, and the page of the Corriere della Sera of 1949 for a twelve-year-old who became a reader for life.

We collected 45 stories, but I carried on looking”. 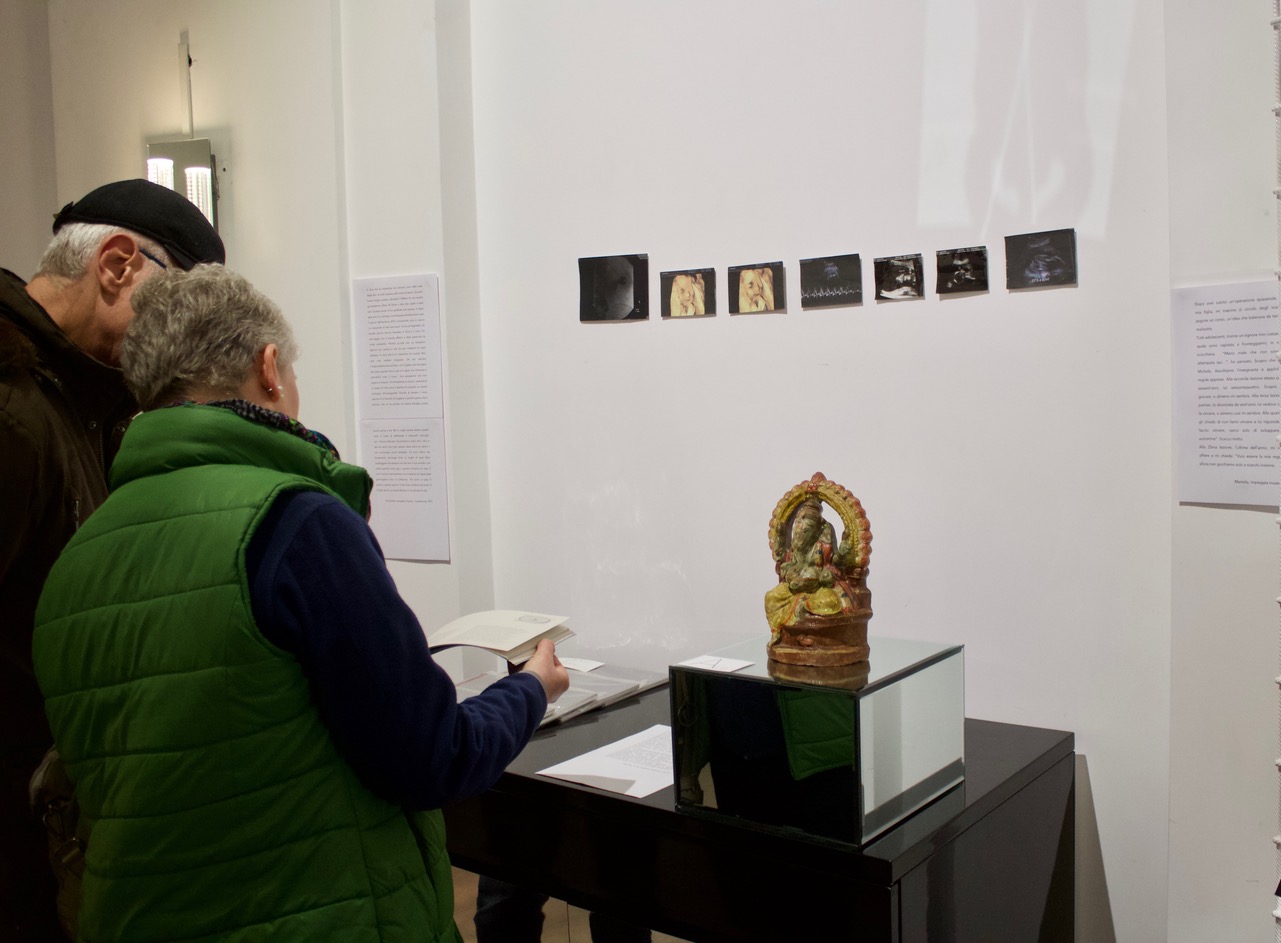 “Anew, how it begins/come comincia” in Palermo

First in Venice, in three tranches with ever-changing pieces, and then in Rome, at the Spazio Unicorno by Francesca Ragazzoni, where they exhibited, among others, a stuffed mouse, a piston, an x-ray, a camera, a book of fairy tales, a skittle, an old record by Madonna… For each object a story, for each story an object. “Some visitors are struck by the object, others by history and then they comment on the symbol.”

And meanwhile – smiles Manuela – I always ask the same question: How did you realize that that was your moment?  And here are the most disparate answers, which make me enter the time of the destiny of others”.

Now the exhibition moves to Palermo, from Artisan Maison, and it will stay there until the summer.

“Maurizio Gulisano, who hosts the exhibition, is a young designer who, at the age of nine, discovers the drill and the wonder of using it – explains Manuela -, and obviously that will be his symbolic object with his “do-it-yourself” story”.

And then there is the museum project: “It must be organized: we need premises, a small bookstore, a bar; nothing too grandiose but we certainly need a sponsor, who believes in it, of course, and who can tell about change, his personal turning point, to become an integral part of “Anew, how it begins / come comincia”.

I am willing to move to any city to follow the Anew Museum, “says Manuela. … Few words suffice for he who understands!

So here we are...looking for a sponsor/location for this intriguing and exciting new exhibition!

For any information, send me an email at info@monicacesarato.com and I will put you in touch with Manuela!

You can visit the exhibition:

Anew, how it begins/come comincia

Help Us Clean the Island of Sant'Erasmo in Venice

What to see in Venice: Le Stanze del vetro