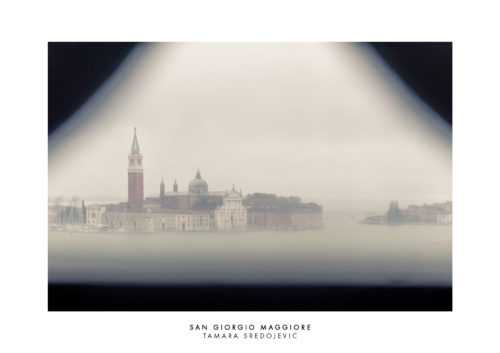 HOW TO HELP VENICE

We all know Venice is in danger – #savingvenice

A city swamped by mass tourism, slowly loosing the local communities who are inexorably leaving the city due to the high cost of living and the lack of support from local authorities, fighting the problem of acqua alta and of buildings which are slowly decaying and crumbling under the effect of time and the erosion of salty water.

It all sounds pretty sad and doomed.

Can it be stopped? Probably not, but we can at least try to bring to the attention of the world what is happening. 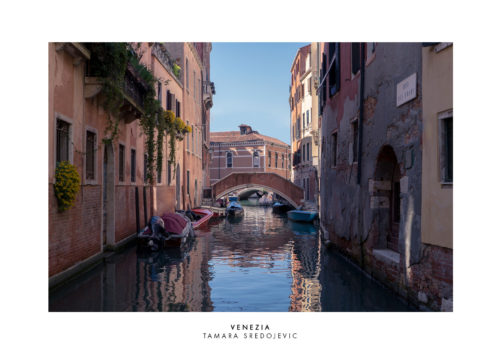 Tamara Sredojevic, a young French photographer, has decided to do her little bit in trying to save this city from sinking forever, both literally and figuratively.

She wrote to me few months back and asked me if I would be interested in spreading the word about her own photo project to raise funds for Venice endangered heritage.

I obviously said yes immediately and back in October I got the pleasure to talk to her for a few minutes over Skype.

Tamara is very young, but, from the first few minutes of our online conversation, it was very clear she is a very determined and full of energy woman.

She explained to me that she had visited Venice in April 2016 and from that trip she brought back a large amount of pictures. 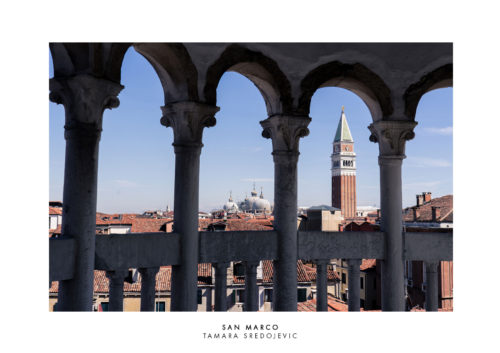 She also came back with the emotions and feeling which, unfortunately, most of tourists bring back from Venice: an overcrowded city, full of cheap souvenir chops and overprices restaurants, the typical tourist spot.

It saddened me, to no end, to see what a bad impression of itself Venice had offered to this young person; how the mask, which the city wears everyday, did not come down, not even for a minute, to allow Tamara to see what the city of water is really all about!

I explained to Tamara that unfortunately she got to see only the immediate surface of Venice, the first and most horrible layer of a city, which is made of many levels.

I promised her that, upon her return, I would show her the real face of Venice – I will remove the mask and show her how 1200 years and more of history have shaped a place, which according to logic, should never exist!

At the same time, I was very impressed that Tamara decided to do something about it, even though she is not Venetian, she never lived here and therefore her ties with the city were only born out of a short trip.

WHO IS TAMARA SREDOJEVIC

Tamara is a French photographer with Serbian origins. She started her career as a video editor in Paris before moving to London in 2014. 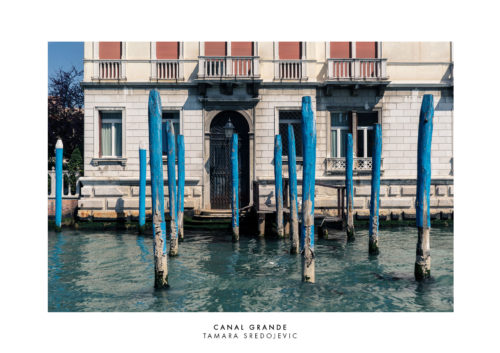 She regularly exhibits her beautiful work in European photo and design events.

The Venice Insider / For #SavingVenice, November 2016

After coming back from her short trip to Venice in April 2016, Tamara decided to set up a project to raise funds for Venice. 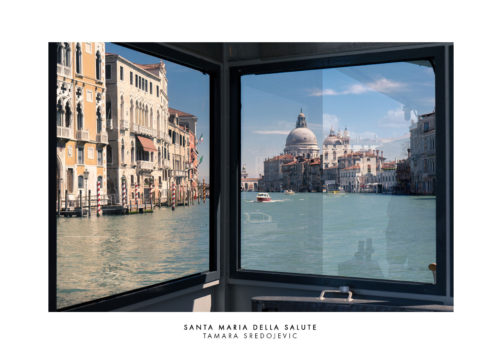 She decided to sell on her own website a series of photos which she had taken whilst visiting and to donate 50% of the revenue to the Comité Français pour la Sauvegarde de Venise, which has helped restoring the Correr Museum and the Venier Casino.

All the pictures on the site can be ordered in different sizes. You can also choose to have them framed or not.

All photos are sent with a Certificate and the prices include free delivery worldwide.

All donations to the Comité Français pour la Sauvegarde de Venise will be done in your name, for which you can receive a tax receipt upon request.

A selection of 9 different pictures is published on her website every month: www.gimmeacamera.com/prints

So, what are you waiting for? Looking for a special and different Christmas present for the Venetofile you know?

This is the perfect opportunity to impress them!

From Venice in Italy with Love: Top Christmas gifts

Before Venice, there was Aquileia!