Finally some good news in Venice!

Instead of a new cheap shopping mall or some disputable ugly take-away, looks like the city will see the opening of a totally refurbished beautiful Venetian palace and the same will be used to house a museum centre!

Can this be true? Well, will soon discover it. Here is the press release by Venice Exhibition s.r.l.

I have been invited to the vernissage on 29th March 2018. So looking forward to see if all which is promised will actually come in act! Stay tuned!

In the meantime enjoy the restoration photos!

5 MILLION EUROS AND 2 YEARS OF RESTORATION TO RETURN TO VENICE THE HISTORICAL RESIDENCE WHICH ONCE HOSTED CASANOVA, TWO STEPS FROM SAN MARCO

PALAZZO ZAGURI WILL BECOME A MUSEUM CENTRE, PERMANENT AND PRIVATE AS WELL AS A LIBRARY, OFFERING WORK TO 20 VENETIANS 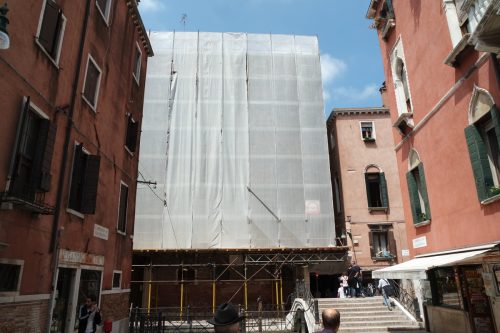 But also a well-known bookshop of the Ubik circuit which, at public opening hours, in Campo San Maurizio, will guarantee availability, within 48 hours, for over 150,000 Italian and foreign titles.

Palazzo Zaguri returns to be the protagonist of the Venetian cultural offer on the route that leads from the Gallerie dell’Accademia to Piazza San Marco. 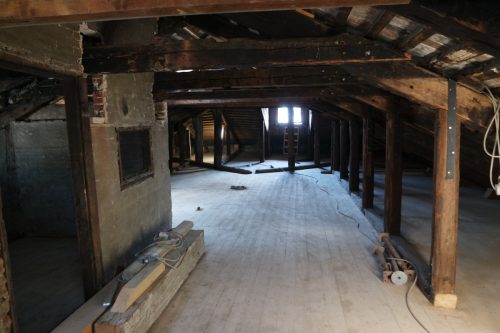 To save the elegant Gothic palace from the umpteenth declination, two years of conservative restoration and 5 million euros of investment were needed.

The conservative restoration will be presented on March 29, involving the whole city, by Venice Exhibition Srl, a European promoter of cultural events, on the occasion of the vernissage of “Venice Secrets: Crime & Justice“, the first exhibition set up in the historic palace.

The conservative restoration began with the structural surveys in 2013 and the opening of the yards in 2015, to restore Palazzo Zaguri to an unprecedented splendor, rediscovered after the splendor of its past, which has been known since 1353.

An all-purpose cultural use destination, developed in the 36 rooms spread over 5 floors, which surely would have been appreciated by the cultured Pietro I Antonio Zaguri (Venice, January 28, 1733 – Padua, March 22, 1806), former owner of the building, to which his family gave the name, as well as a trusted friend and patron of the literary libertine Giacomo Casanova, who was a guest in the historic palace and with whom he maintained a close correspondence. 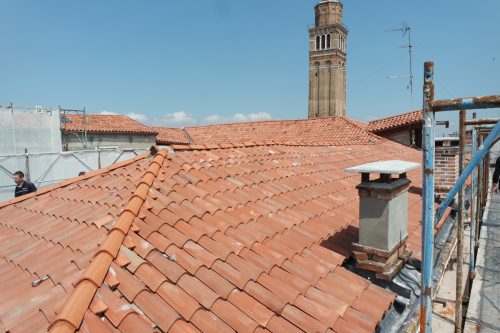 The last Zaguri heir, owner of the palace, was Peter II Marco who died in 1810. A few years later the building became property of the Congregation of Vicenza and of the noble Fini.

Between 1905 and 1909 the City of Venice bought the first and second floors to install a women’s school. From 1962 to 1965 the Sanudo middle school, which had its headquarters in S. Aponal, renamed Dante Alighieri, moved to Palazzo Zaguri until 1983 and was then reused as a municipal office.

The building was then abandoned until October 2006 when the municipal administration of Ca’ Farsetti auctioned it and sold it for 10.63 million euros to a Milanese real estate company, which in turn sold it six years later for 15 million euros to a trust fund of Verona, the current owner.

“I especially want to thank the owners, the architect Alberto Torsello, the Superintendency and the municipal administration, and all the partners who have contributed to the valuable enhancement of the Zagure palace” declares Mauro Rigoni, sole director of Venice Exhibition srl “transforming the gothic building in a magnificent structures which will give work to, at full capacity, to 20 operators, all living in the historic center of Venice.

As a great opening event, we will set up an exhibition focused on the Serenissima and its history, which is an initiative of high social impact to promote the history of the Republic of Venice, offering a historical immersion in the atmosphere of its criminal justice. Since the first historical exhibition, which will be open to the public on March 31st, Palazzo Zaguri, recently restored, will result in a redevelopment of the urban fabric of the entire area, thanks to the type of induced generated, which integrates perfectly with the desire to enhance the city of Venice and the Venetians “. 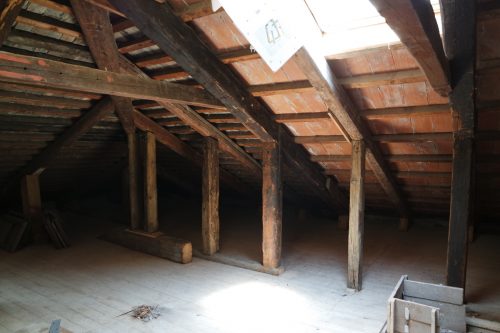 Festa del Redentore – an appointment not to be missed in Venice