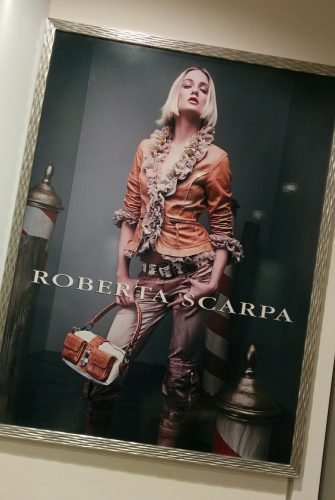 A New Fashion Boutique in Venice

As you know I usually talk about food and travel in Venice, but my heart goes out also to the many local artisans and small designer companies which try to bring a certain class and respectability to Venice and the Veneto, showing to the world real Made In Italy products! 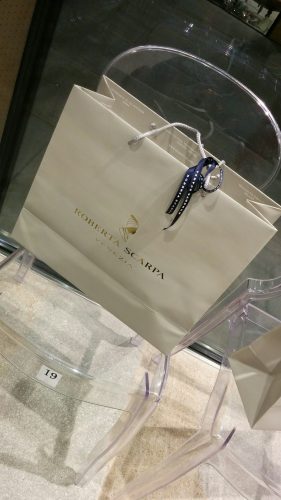 “According to legends, Mestre was founded by Mesthles, a companion of the hero Antenor, a fugitive from Troy who founded Padua. The true origins of the city are uncertain, although it is known that a Roman oppidum (fortress) existed here, though this was destroyed by Attila and probably rebuilt in the 10th century……. ..The Venetians, fearing the excessive Veronese power in the mainland, conquered Mestre on September 29, 1337. An artificial channel was built to facilitate the transport of goods.

The Venetian domination ended on July 16, 1797. In 1808 Mestre, following the French practice, constituted itself into a free commune. It remained such under the subsequent Austrian and Italian rules, receiving the title of city in 1923. Three years later, however, a Royal Decree annexed Mestre and some other neighbouring comuni (Chirignago, Zelarino and Favaro Veneto) to the comune of Venezia.” (wikipedia)

And it is here that a few months ago a worldwide famous designer, Roberta Scarpa, decided to open one of her Ateliers. 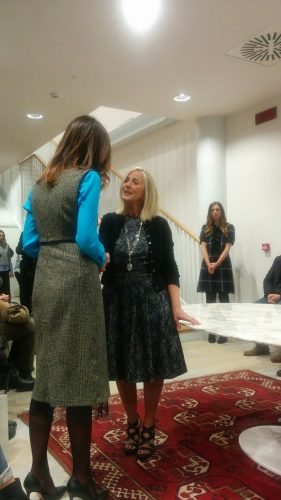 “I chose Mestre because it represents my image of a cosmopolitan and evolving woman. A city that I consider a strategic point of opening to the outside for the high number of tourists staying on the mainland.”

I was one of the few and lucky guests invited to attend to the opening Fashion show.

Here is a little video of the event, where you can admire the beautiful creation of this talented woman.

The passion for Venice was born and grew when Roberta started her designing career in her auntie’s atelier in Piazza San Marco. And from then on, Roberta decided to share her love for Venice through her creations. 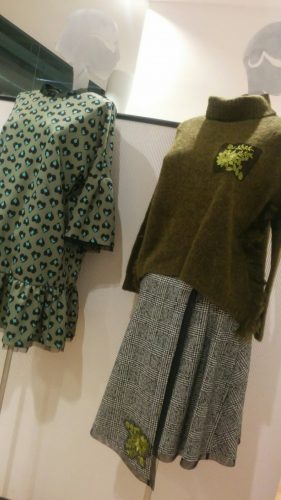 Roberta and her daughter Margherita Lorenzon are also offering a wide range of events and services, tailor-made for their international clients: after hours opening of the shop by appointment to meet the commitments of the female audience; the possibility of having a personal shopper in the store to choose the most appropriate look according to someone’s own needs and style; the creation of tailor-made clothes and private fashion shows for tourists who stay overnight in the hotels in the center of Mestre. 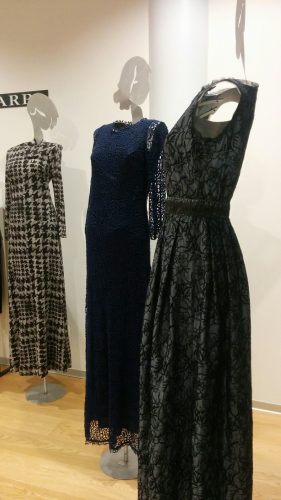 Roberta Scarpa will also organize the presentation of a literary salon dedicated to fashion, starting in Spring 2018.

Roberta has been called “la signora dei moretti”, the lady of the blackamoor, since she elected this beautiful typical Venetian jewel as the symbol for her logo.

Roberta Scarpa’s design is directed to a woman who is contemporary, dynamic, always evolving and always travelling, not just physically, but also emotionally.

You can find her new opened atelier in Galleria Barcella, in the center of Mestre. 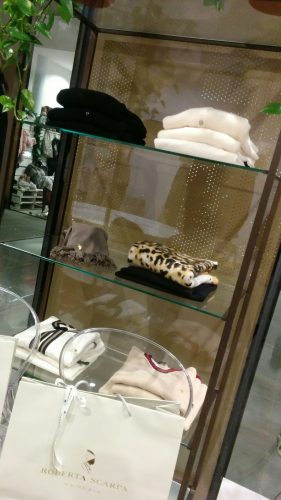 So next time you come to Venice and are looking for real Venetian Made In Italy Fashion clothing, you know where to go!

Thank you M: Communicazione for giving me the opportunity to take part to the wonderful Fashion show!

The Ghost of Ca’ Mocenigo

Explore Venice with an interactive video!