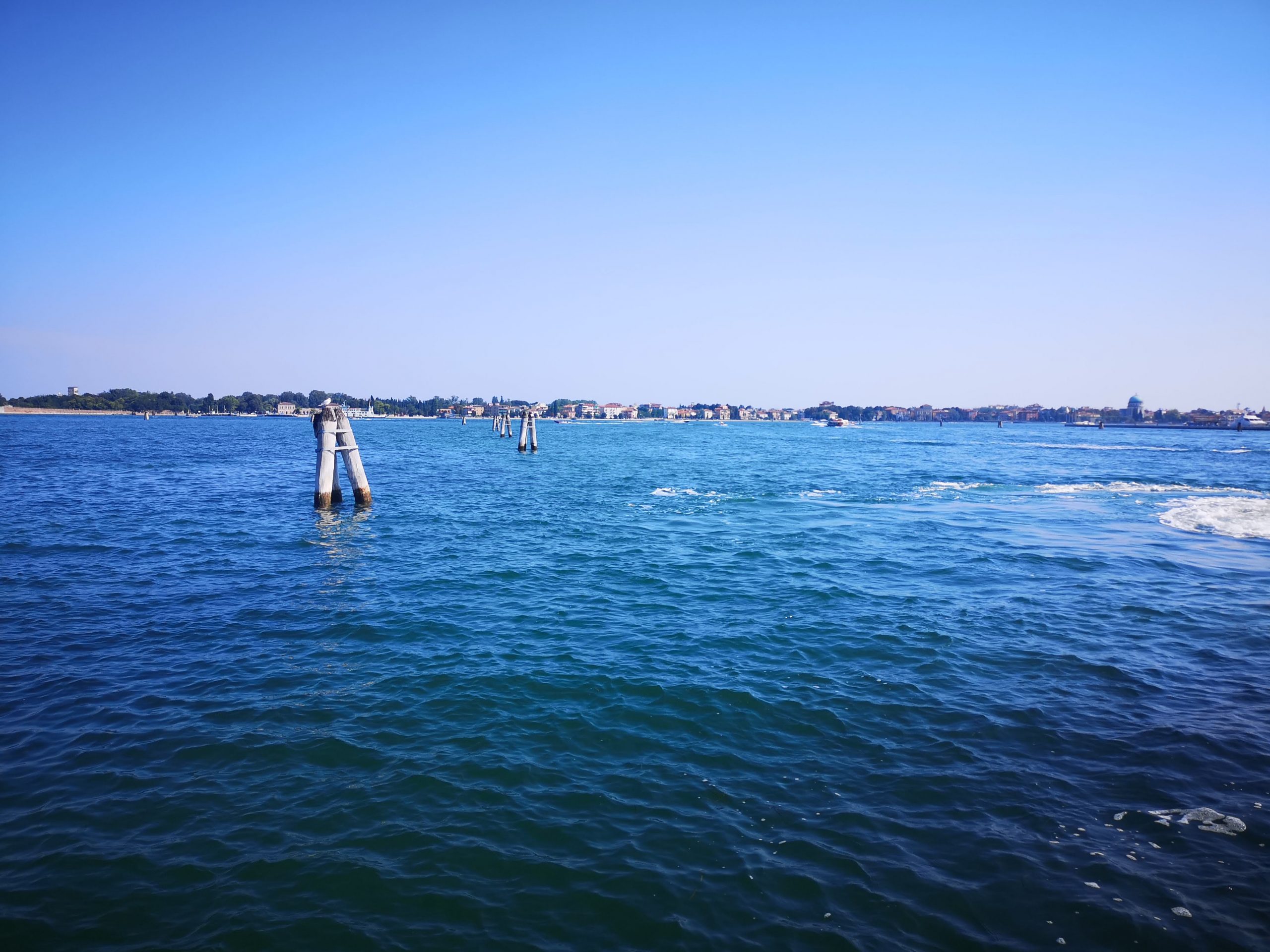 Taking a trip on the Venetian lagoon by boat is one of the most fun and exciting experiences you can have when visiting Venice. Exploring a city so linked to water on a boat and with local people is probably the best way to discover this unique environment in Italy.

I had the opportunity to do this a few weeks ago thanks to Classic Boats Venice, a local rental boat company which specializes in electric boats, making this not only a fun experience, but also a very safe and sustainable one to the environment. 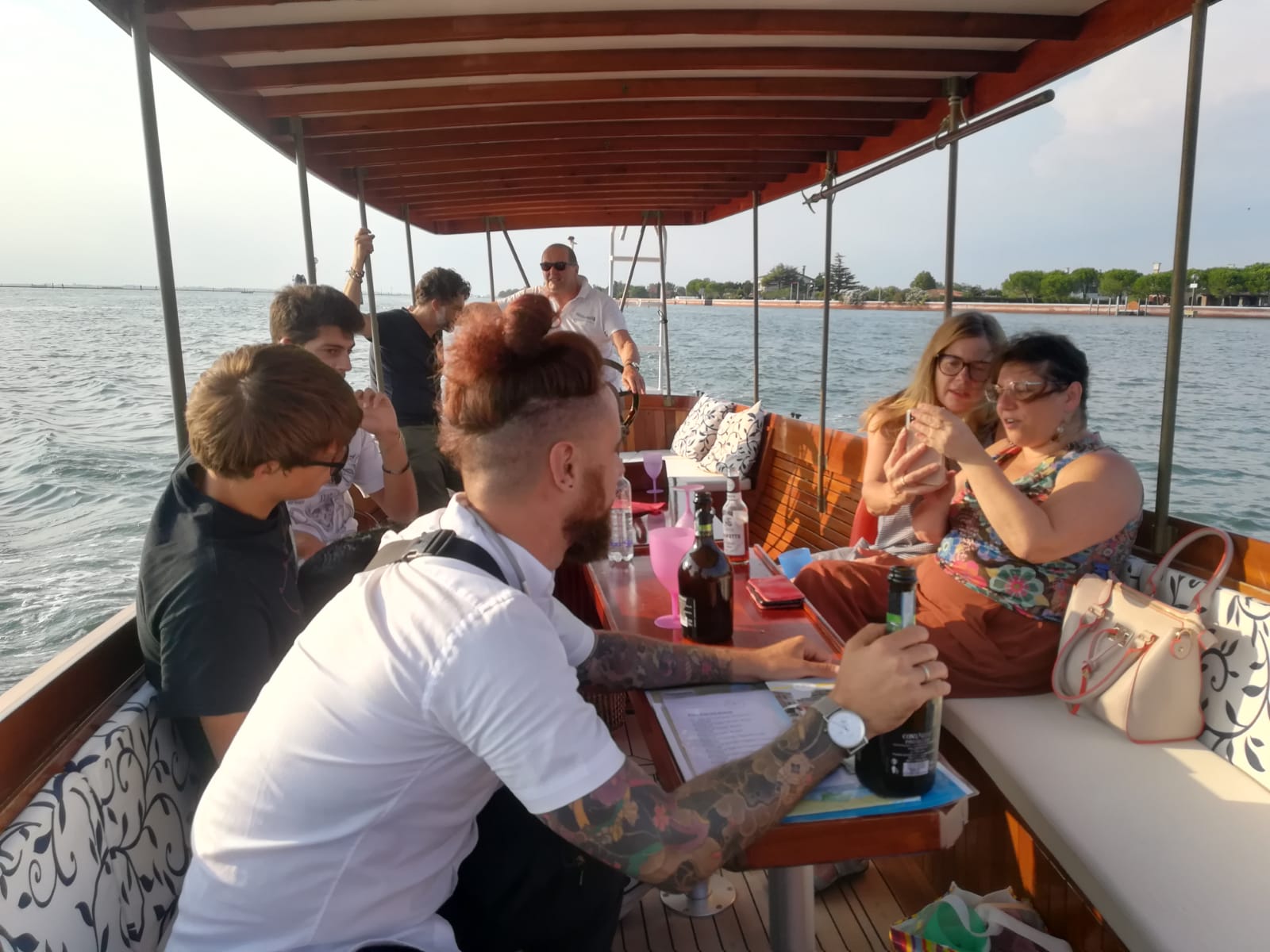 The Venice Lagoon is the largest lagoon in the Mediterranean Sea, located in the Upper Adriatic, along the central-northern and southern coasts of Veneto and occupies an area of about 550 km², of which 8% consists of mainland, Venice itself and many smaller islands. The entire territory was included in the UNESCO World Heritage List in 1987. 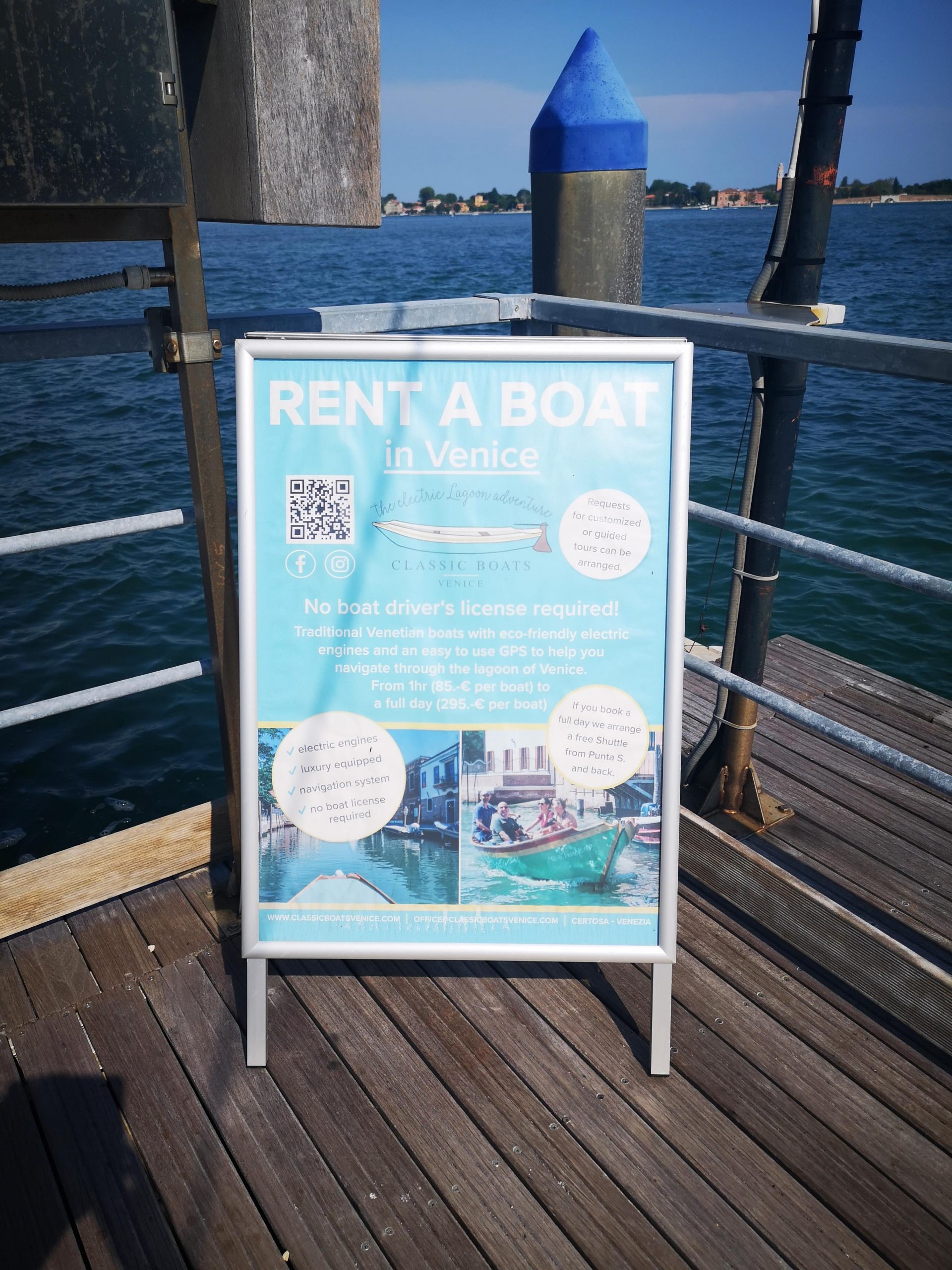 On a beautiful August afternoon, together with a small group of business people and bloggers, we met JP, aka Jean Paul Morselli, on the island of Certosa, the headquarters of Classic Boats Venice so we could set of for an afternoon excursion of the northern lagoon. 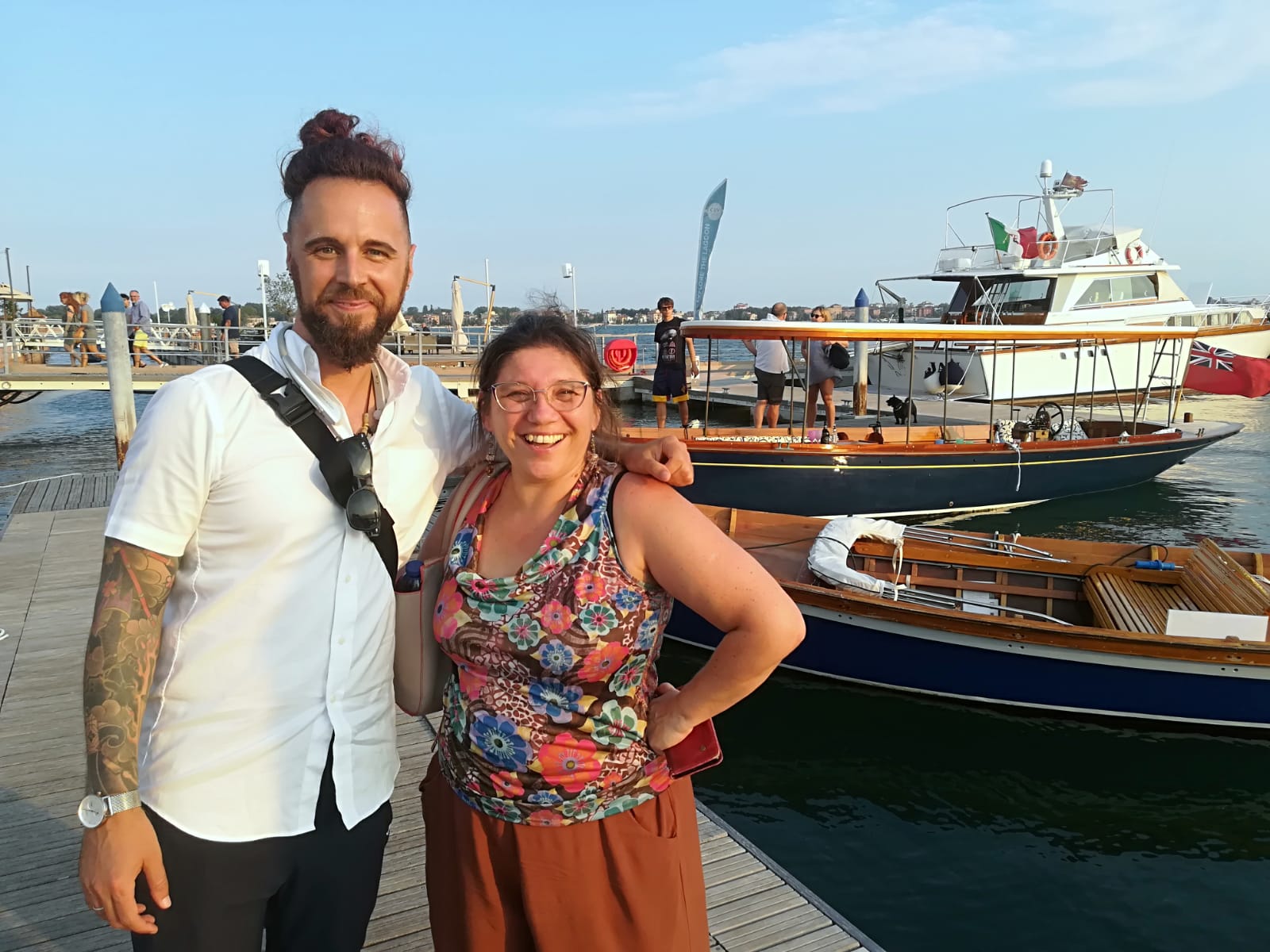 JP, director of CVB, introduced us to Carl Georg Zwerenz, Munich entrepreneur with Viennese roots, founder of the company and also our captain for the day. 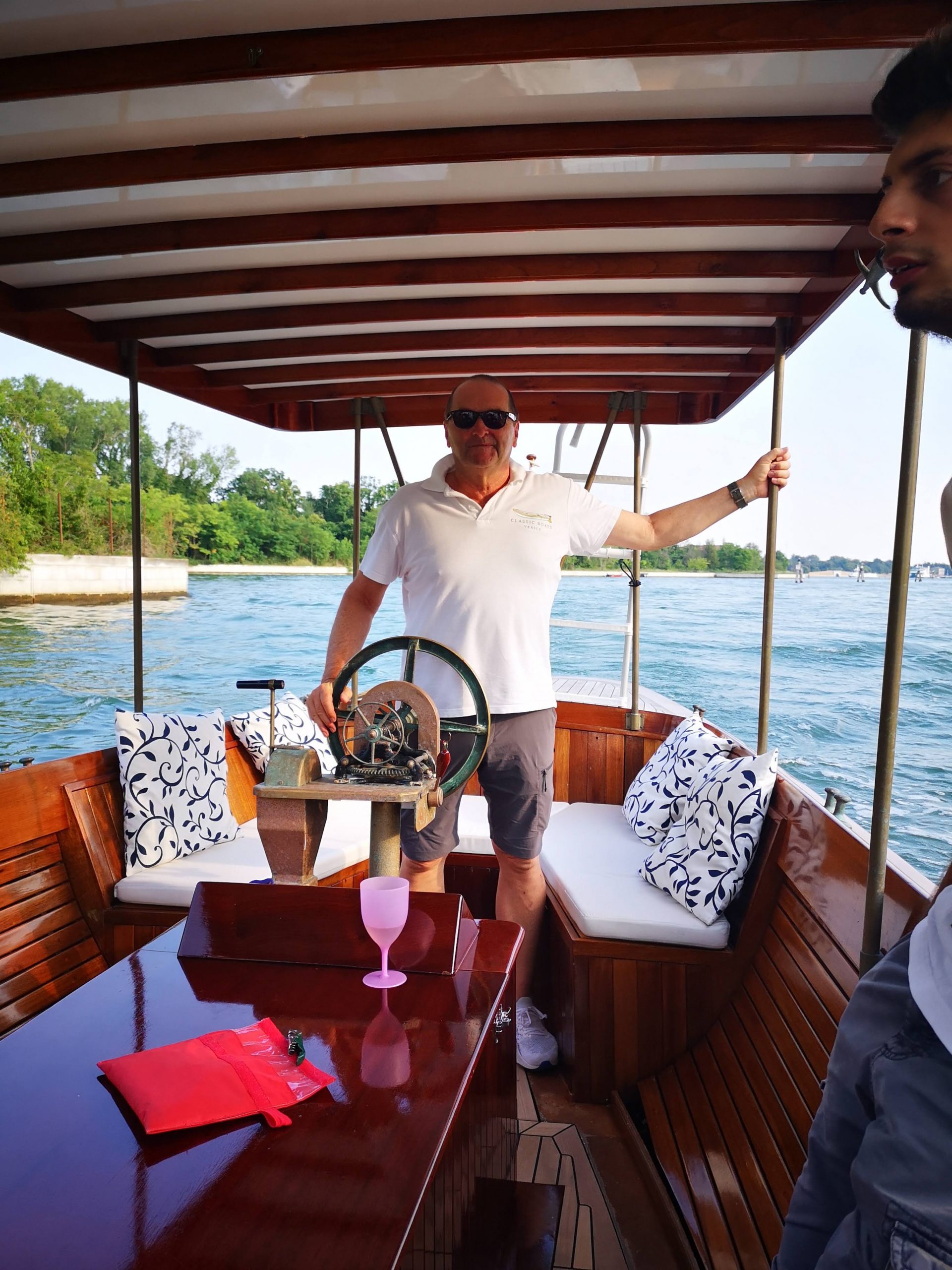 Our captain for the day Carl Georg Zwerenz

Carl has travelled and lived all over the world, but his heart has always been particularly in love with Venice and with traditional boats.

So, a few years ago he embarked in this new adventure: renting electric boats which could be self driven or used with a driver. 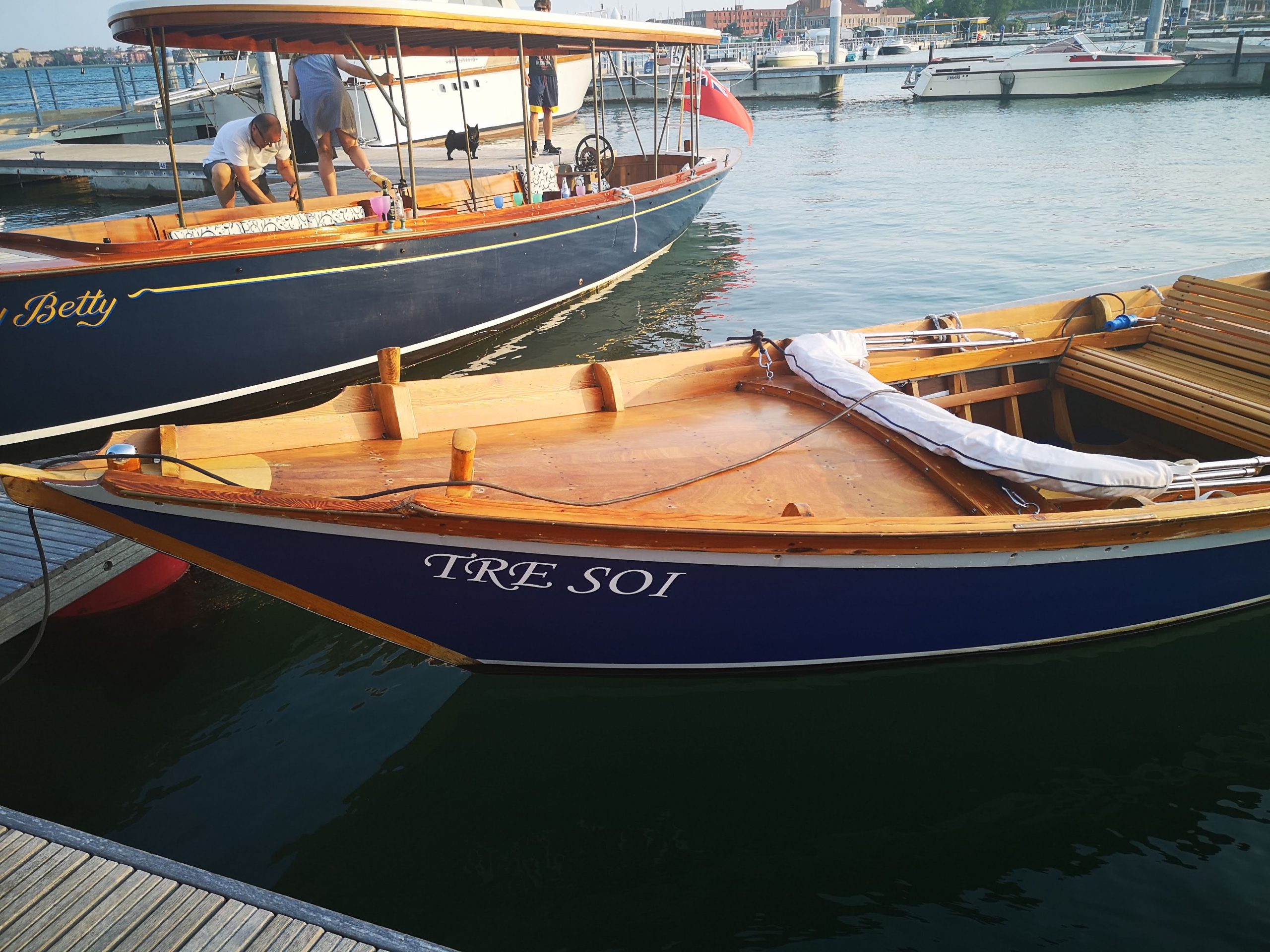 All boats are made of wood and equipped with electric motors. These are period pieces restored in the company’s yard, therefore with their own particular history.

The hybrid engine allows a navigation autonomy from 6 to 20 hours, depending on the average navigation speed. The boats are easy to use and do not need a boat license to be operated and they are supplied with a GPS for orientation in the lagoon. 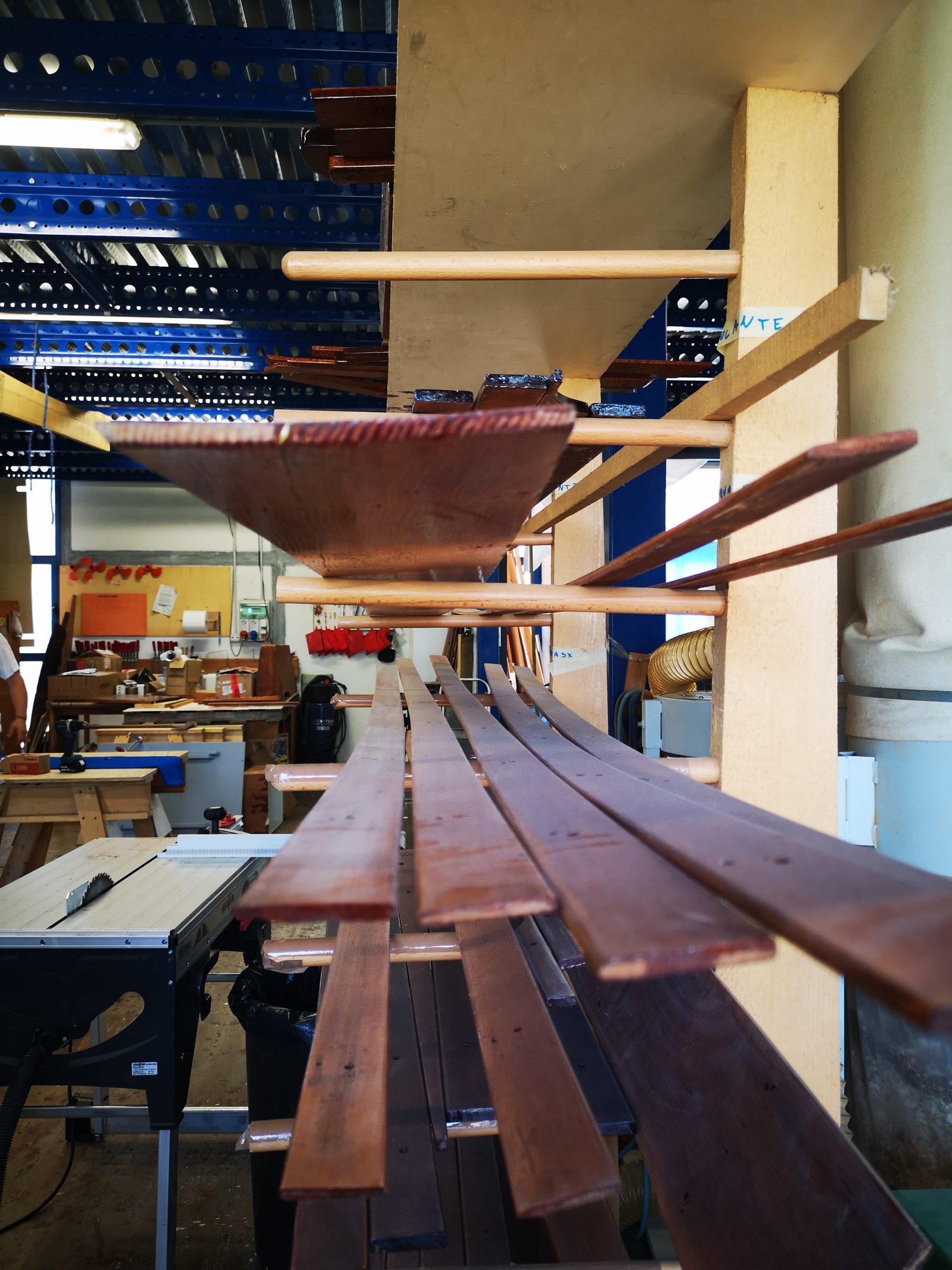 After a visit to the boat yard, we set off aboard the Lady Betty, a small steamboat built in England in 1894, used as an Admiral’s launch under the reign of Queen Victoria and now the oldest floating ship in Venice! 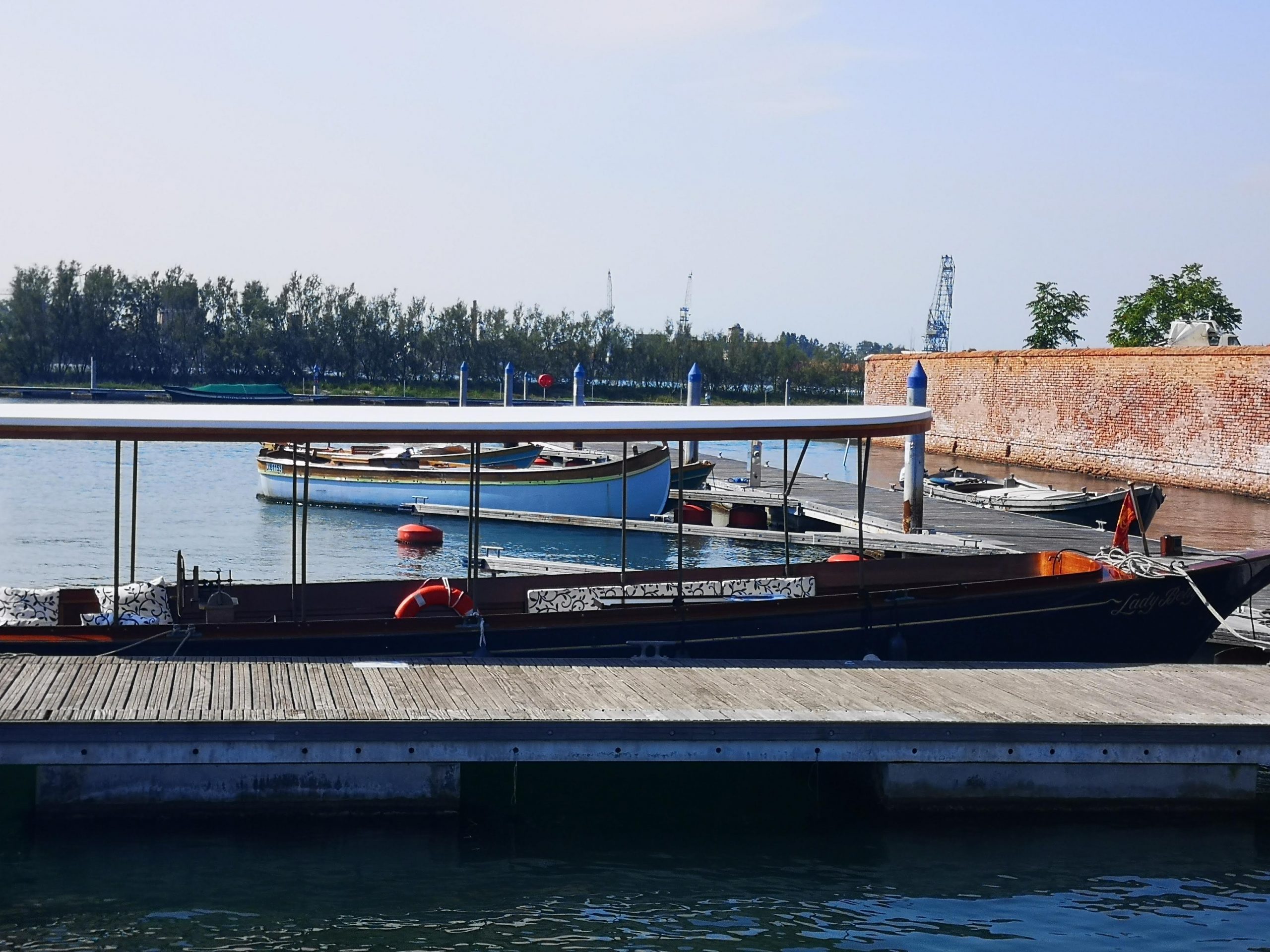 This beauty has now being converted to hybrid propulsion, making it extremely silent, when it uses the electric engine, and also very eco-friendly.

The boat can host up to 12 passengers; it is very comfortable, full of cushions and with its cute rooftop is also perfect, so you do not get sunburnt! 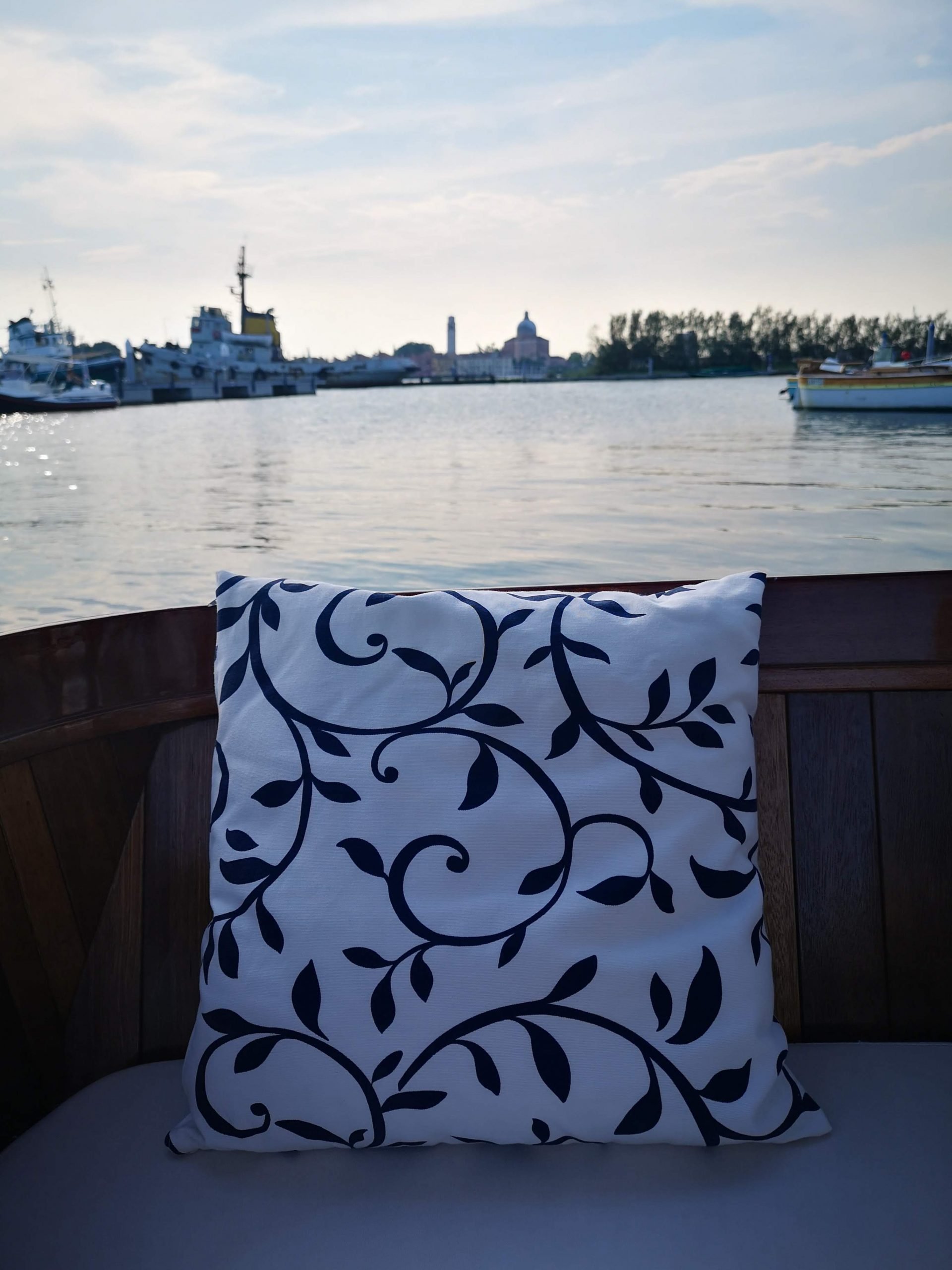 An excursion by boat with Classic Boats Venice

We went for a 2-hour trip around the northern lagoon of Venice, passing in front of the islands of Vignole and Sant’ Erasmo.

It was a beautiful summer late afternoon: hot and sticky, but while we were slowly gliding on the waves, the lovely lagoon breeze refreshed us all, as well as the bottles of Prosecco that JP kept opening! 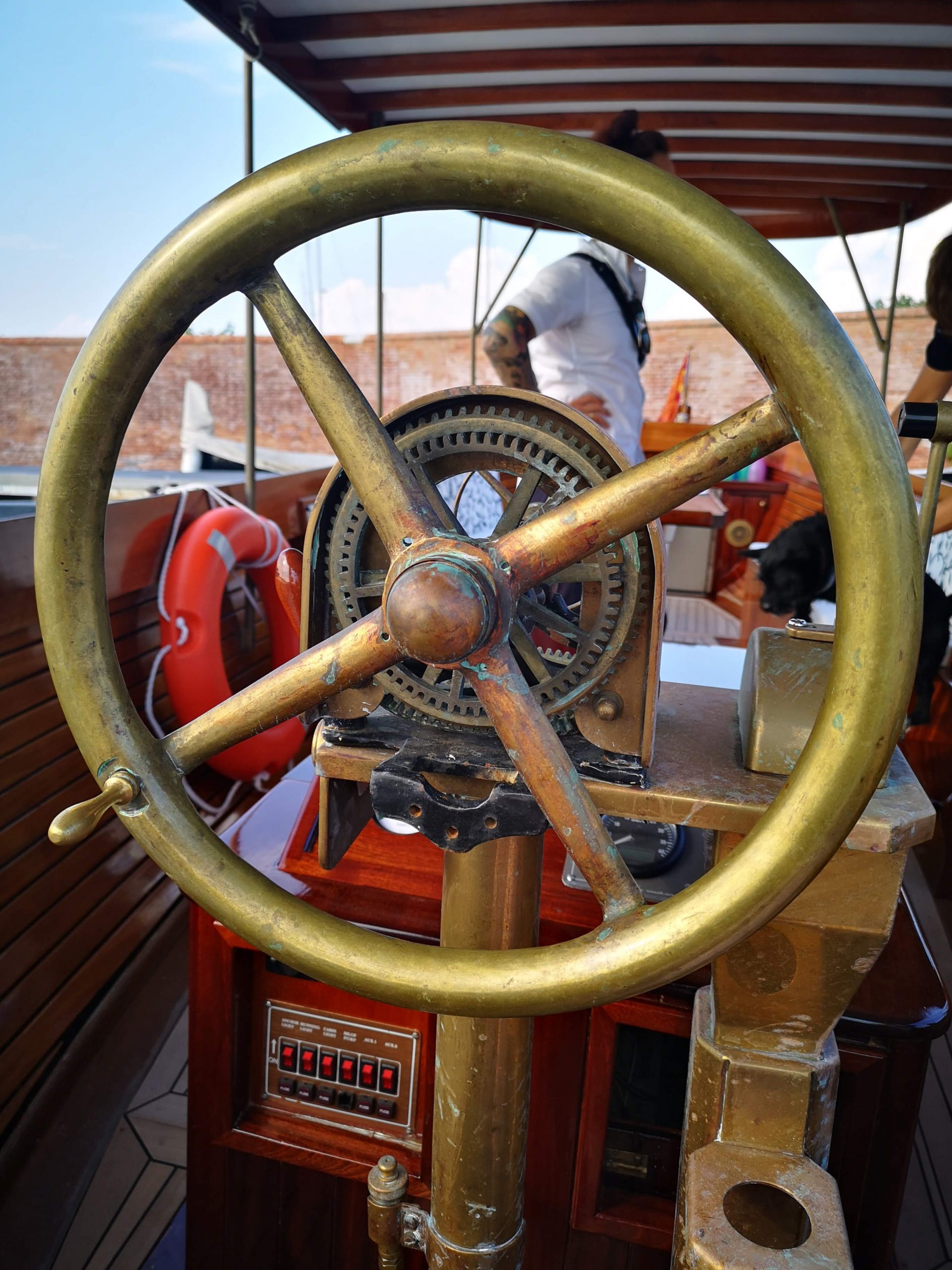 All around us all sorts of boats were speeding along the waterways: the lagoon of Venice in summer is pretty much the domain of local Venetians, who take their boats for a spin to enjoy the sun and the breeze, stopping on the island of Sant’Erasmo for a drink at the bar on the beach or simply to go further on the open lagoon to sunbathe and spend a day at the sea. 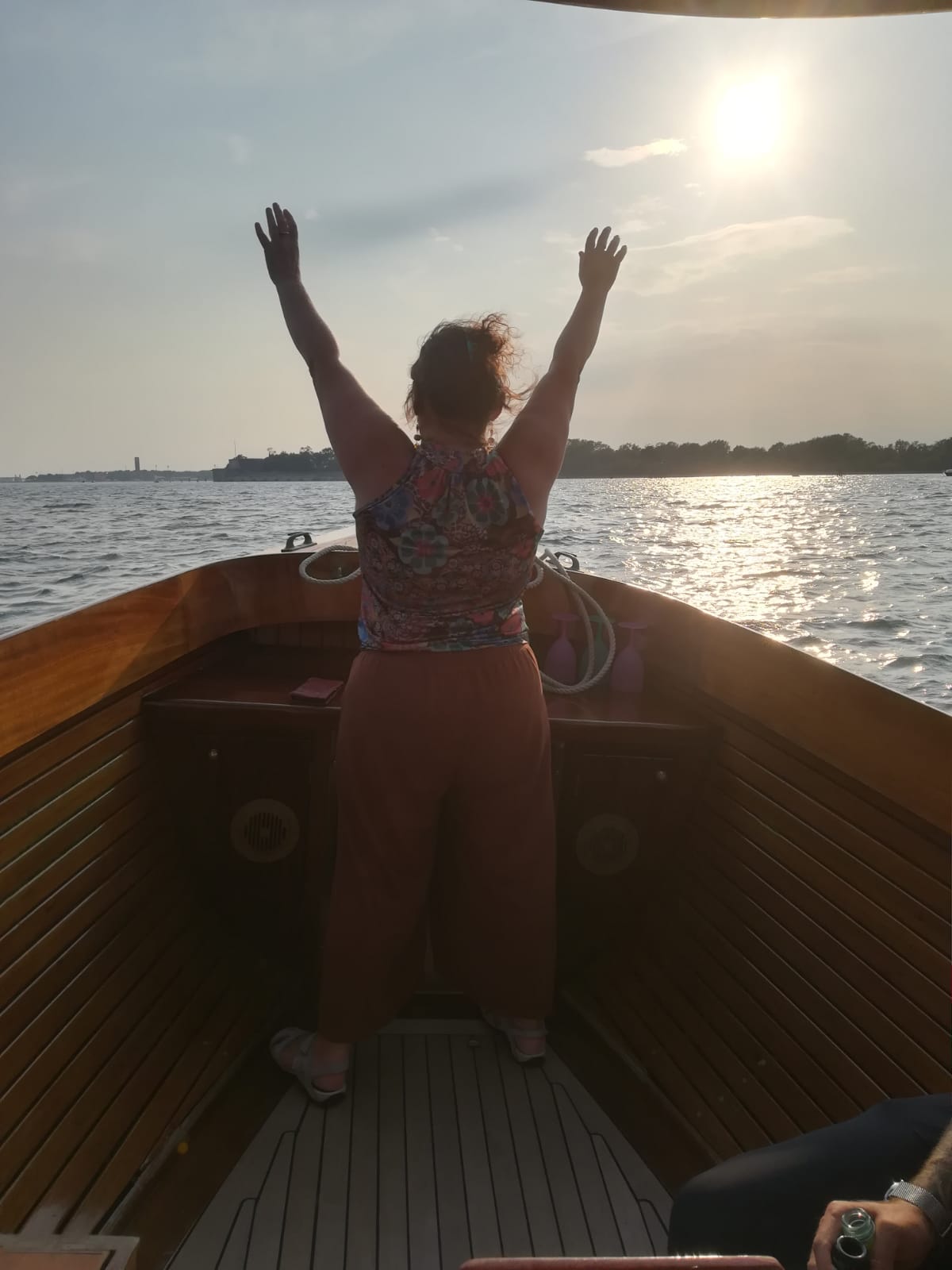 The time of the day was perfect too, just before sundown, so the light was simply stunning.

The lagoon of Venice

The Venice lagoon is almost 6000 years old. In its place there used to be a plain made up of sediments carried by rivers, such as the Brenta and the Piave, following the melting of the ice, after the end of the last glaciation. In the centuries that followed there were, and continue to be, phenomena such as the lowering of the soil due to the progressive consolidation of fine alluvial deposits and the raising of the sea level. 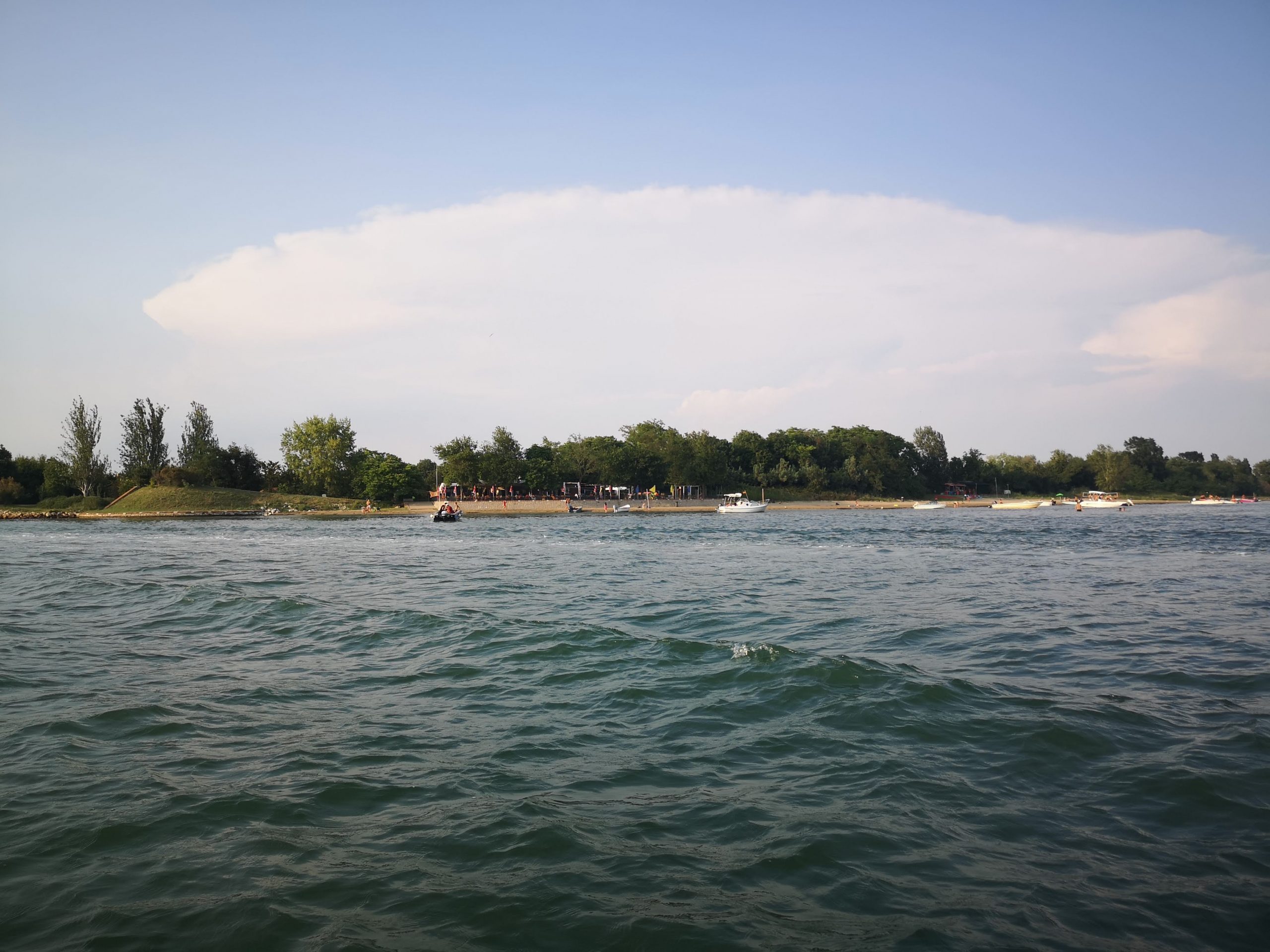 The result of all this was the flooding of a large part of the existing plain with the exclusion of some areas of higher ground which have become the islands of the newly born Venice lagoon. Then, the cordons of coastal dunes, formed thanks to the sands carried by the waterways, became the natural border between the Adriatic and the lagoon.

Of the entire lagoon surface only 5% is made up of constantly emerged lands, the islands, while 20% is represented by sandbanks, areas of land on the water’s surface covered with vegetation particularly resistant to salt. The whole lagoon is crossed by more or less deep canals marked, at least the navigable ones, by bricole and poles, driven into the ground and used to avoid getting aground with your boat. 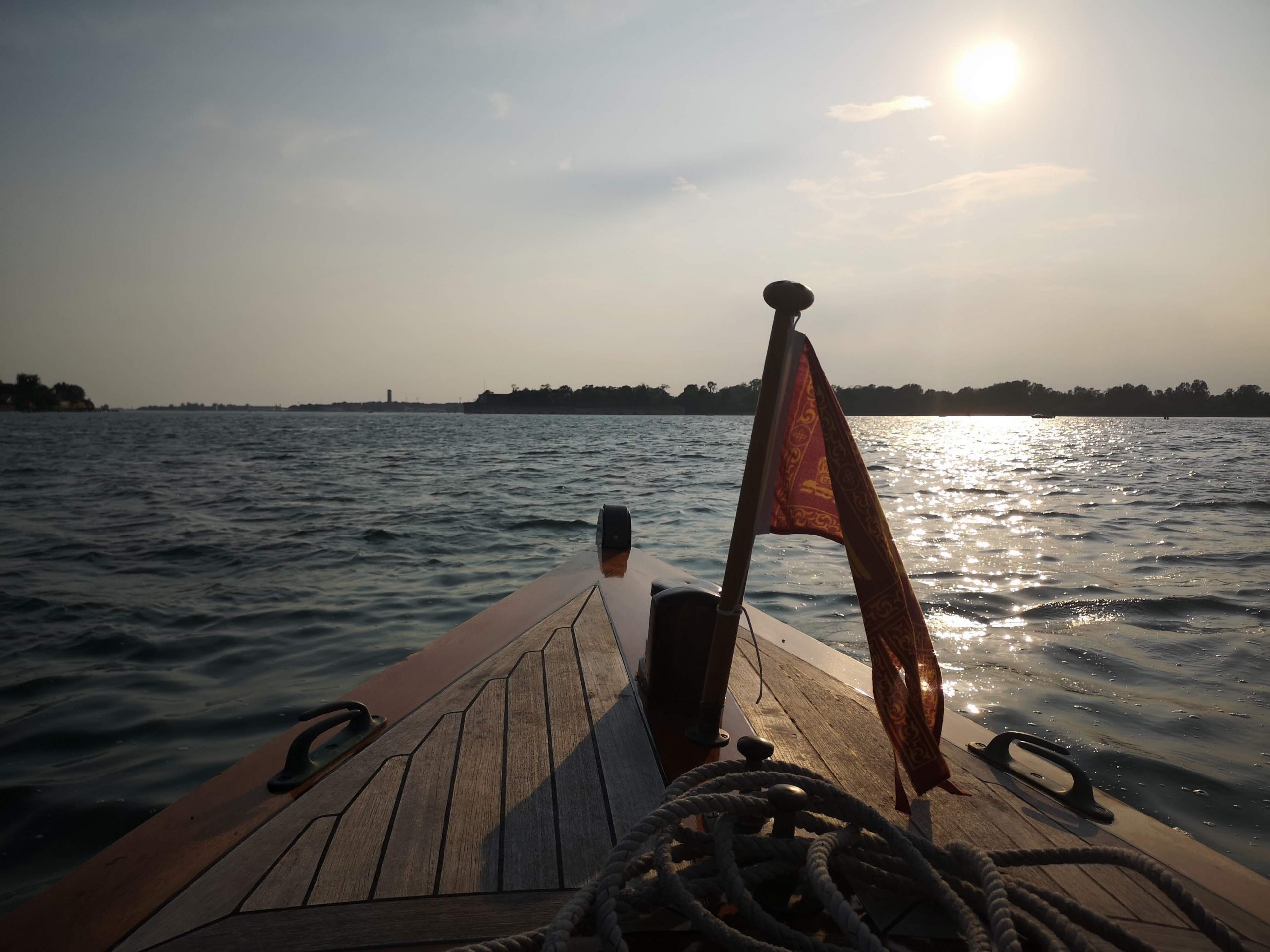 The lagoon is separated from the open sea by the shores, long sandy strips sometimes dammed by man with works of various kinds. Communication with the outside takes place through the Lido, Malamocco and Chioggia inlets. The water enters the sea every six hours and comes out after another six.

The fate of the lagoon, in the absence of human intervention, would have been its gradual burial, caused by the contribution of sediments carried by the same rivers indirectly responsible for its creation. The Venetians realized this and, with hydraulic engineering works, they diverted the course of the tributary rivers of the lagoon, bringing their mouths outside.

The Venetian lagoon is an area of undoubted ecological value, being a natural habitat for hundreds of animal and plant species typical of brackish environments and wetlands. 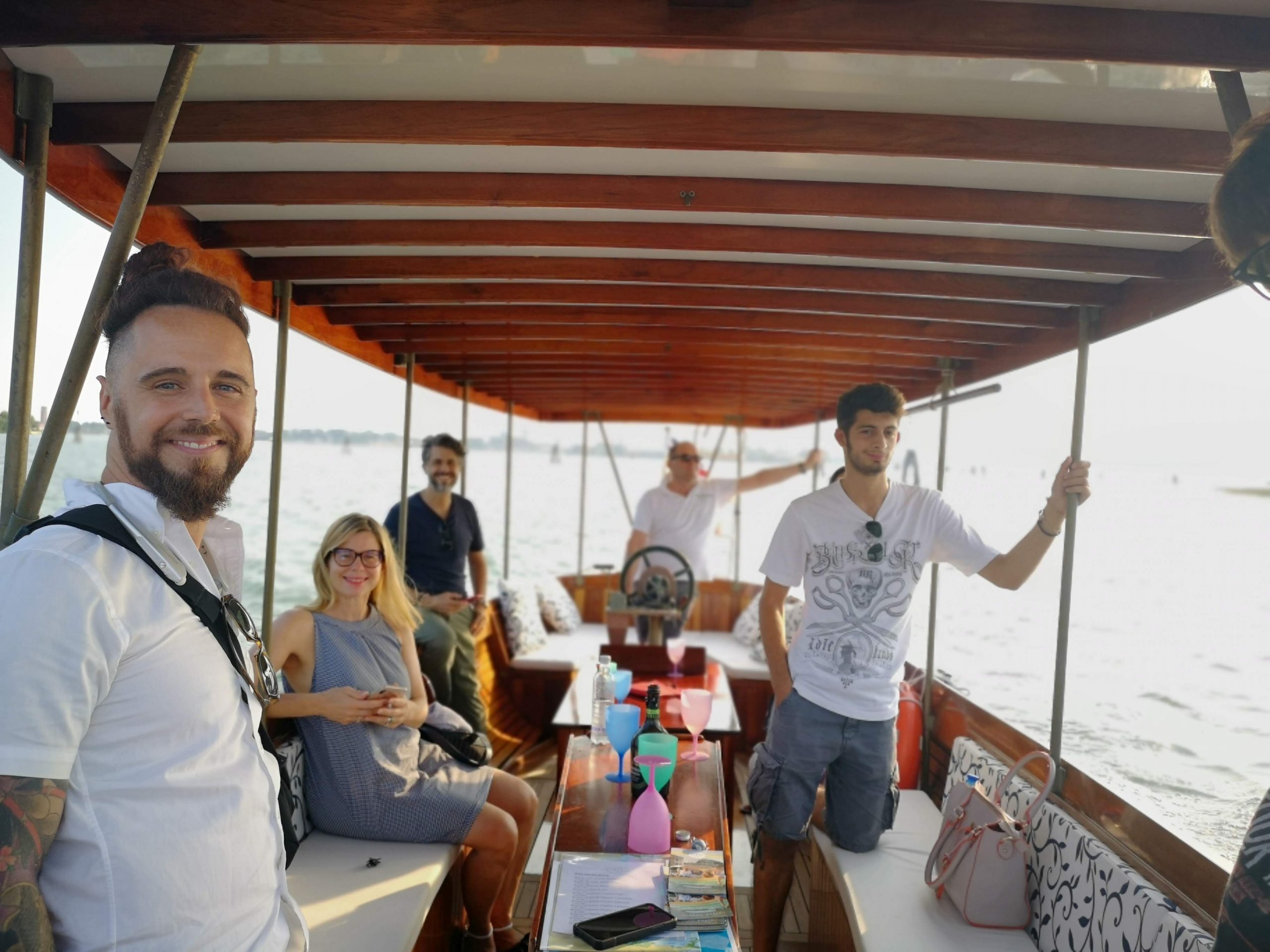 The variety of fauna, especially poultry, makes it possible to spot herons, ducks and waders in particular. The vegetation is characterized by the presence of reeds linked to fresh water, by the typical halophilous associations of sandbanks, by trees typical of the Po flora.

In the lagoon there are also a series of human activities related above all to fishing, specialized agriculture and tourism, which give work to thousands of people. 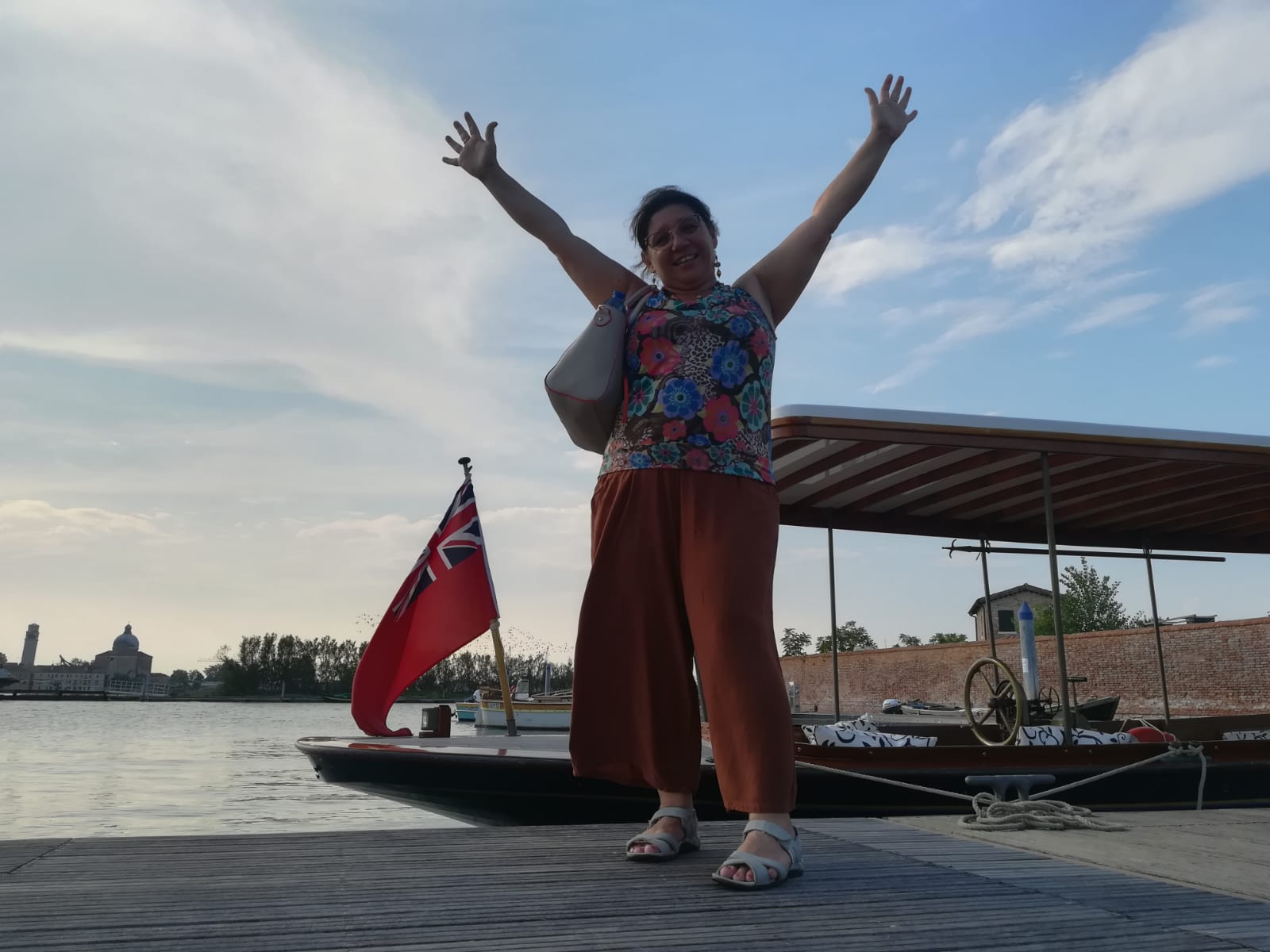 A boat trip with Classic Boat Venice is exactly what we can call “slow tourism”: it is the kind of tourism Venice needs and wants.

A tourism that brings you close enough to the environment without causing any damages. A tourism that educates people as well as entertain.

As you can see from the photos we really had a lot of fun! 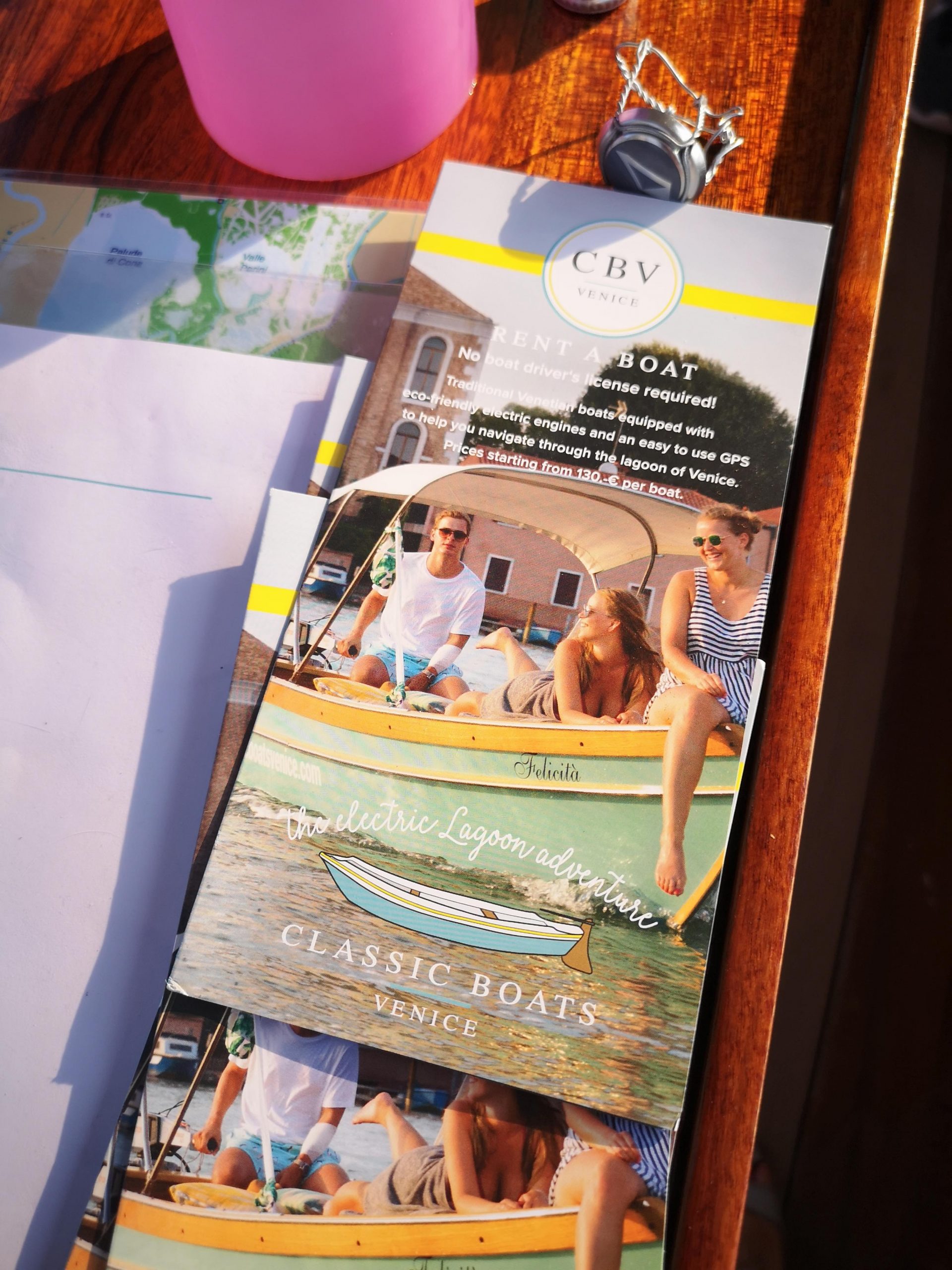 Venice is its history, its people, its art and, in this case, its territory!

A slow indulgent trip on the lagoon of Venice with Classic Boats Venice is another reason why you cannot visit in just 48 hours!

VENICE: WHEN A DREAM COMES TRUE

A New dining Experience in the Land of Prosecco