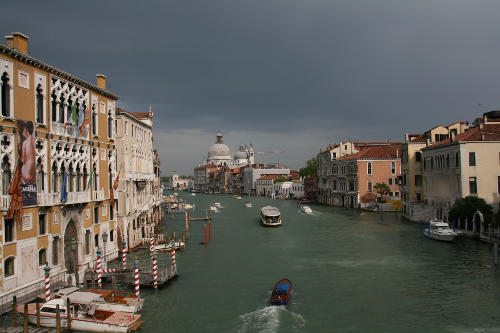 Ghost in Venice: what else can conjure up the name “Grand Canal”, if not water processions of doges and their elegant wives, astonished gaze and admiration of more or less famous visitors, romantic kisses in the moonlight punctuated only by the soft thud of the oar of a gondola?

Yet, the “most beautiful avenue in the world” – according to the definition that the first ambassador of France, Philippe de Commynes, gave more than five centuries ago – is also a place full of mystery. 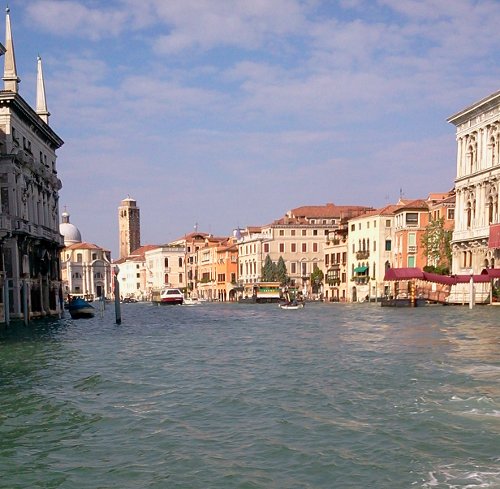 The palaces on the Canal Grande

Over the windows of its palaces, the most prestigious and important in the city of Venice, the legends, the curiosity, the intrigues and the passions of the Serenissima keep hiding.

In the rooms of these palaces, over the centuries, the ancient history of the Republic was articulated. From their balconies the most beautiful courtesans, the most acclaimed poets, the most cunning rulers, the most prestigious guests, which made the legendary lagoon city, all looked over the city and breathed in its charm and lure. And some of them … well, they really never left, making the Grand Canal also the home of several ghosts.

Among these, there is the “old” Ca’ Mocenigo, which is said to be still haunted by the ghost of Giordano Bruno. 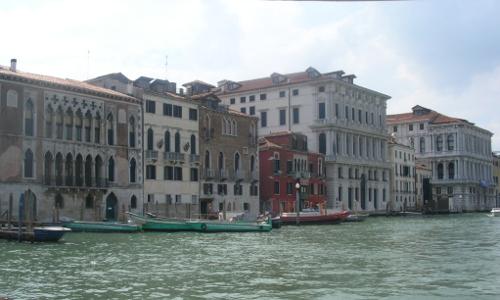 Giovanni Mocenigo offered his home to the famous philosopher-monk in 1592 for eight months, hoping to learn from him the secrets of the art of memory, but perhaps also of alchemy and magic.

Giordano Bruno was born in Nola (in Campania) in 1548 and at 17 he entered the monastery of St. Domenico Maggiore in Naples.

Suspected of heresy, in 1576 he fled from Rome, left the church and began a pilgrimage of many European cities: Geneva (where he came into contact with the Protestant world and, for a short time, became a Calvinist), Toulouse and Paris (where in 1582 he published the comedy Chandler).

He then moved to England where he taught at Oxford and in London he published various books. In these works he used a very particular style and language, in dialect and sometimes rough, sometimes complicated, but always with great power, capable of expressing his desire for freedom and truth. 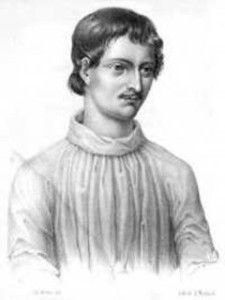 In 1592 he finally arrived in Venice, following an invitation by the nobleman Giovanni Mocenigo, interested in his secrets of the art of memory and other magical arts, and moved into his palace in Campo San Samuele.

However, the relationship between the two was difficult from the outset and had an unexpected as much as a tragic outcome. After two months, Mocenigo, which was not entirely satisfied with the teachings of Bruno, on hearing that his tutor wanted to move back to Frankfurt to get his works published, reported him to the Inquisition.

On May 23, 1592 Mocenigo presented to the inquisitor of Venice a written complaint containing serious charges, accusing Giordano Bruno of blasphemy, to despise religions, to not believe in the Trinity of God, to believe in the plurality of worlds, as well as accusations of personal misconduct.

That night Giordano Bruno was taken by the guards, arrested and locked up in the cells of the Inquisition of Venice in San Domenico di Castello, a prison that no longer exists but that stood in the current Via Garibaldi.

At first Bruno decided to submit to the authority of the Church, but in February 1593 he was finally extradited and brought to Rome. Here he refused a retraction of its doctrines. He remained in prison for seven years, was condemned to the stake and burnt alive in 1600 in Campo di Fiori in Rome.

The Venetian legend has it that, on the anniversary of his death – February 17 – the ghost of Giordano Bruno returns and manifests itself with deeds all relating to water, that is the element that could turn off his stake: unexpected damage to pipes, valves that open inexplicably by themselves, screws which become loose.

As far as been seen, the spectrum of the philosopher has shown itself – over the years – always and only to women, and no one knows why, and only to those over 85!

This and more stories can be heard during my walking Food & Ghost tour of the city of Venice.

Burano, the Rainbow Island – Must see in Venice