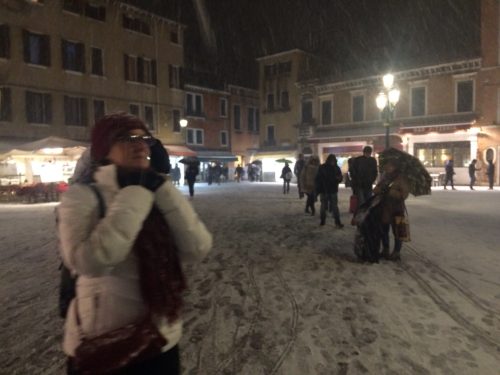 Cold and snowy in Venice

The snow is back in Venice and it was magical!

I was lucky enough (not according to my feet of course) to be walking around the city last night, when, finally, big large soft snow flakes started falling fast and furious from the dark skies above Venice.

Within an hour the city was totally covered by a cold layer of white floury stuff!

Venice, all of a sudden, fell into silence: all the noises became muffled and the air was kind of magical!

Young and old, locals and tourist alike, were out in the various small squares, which we call Campo (meaning field), playing in the snow.

People were having snow fights and someone even tried to build a mini-snowman in Saint Mark’s Square and around the other Campi. 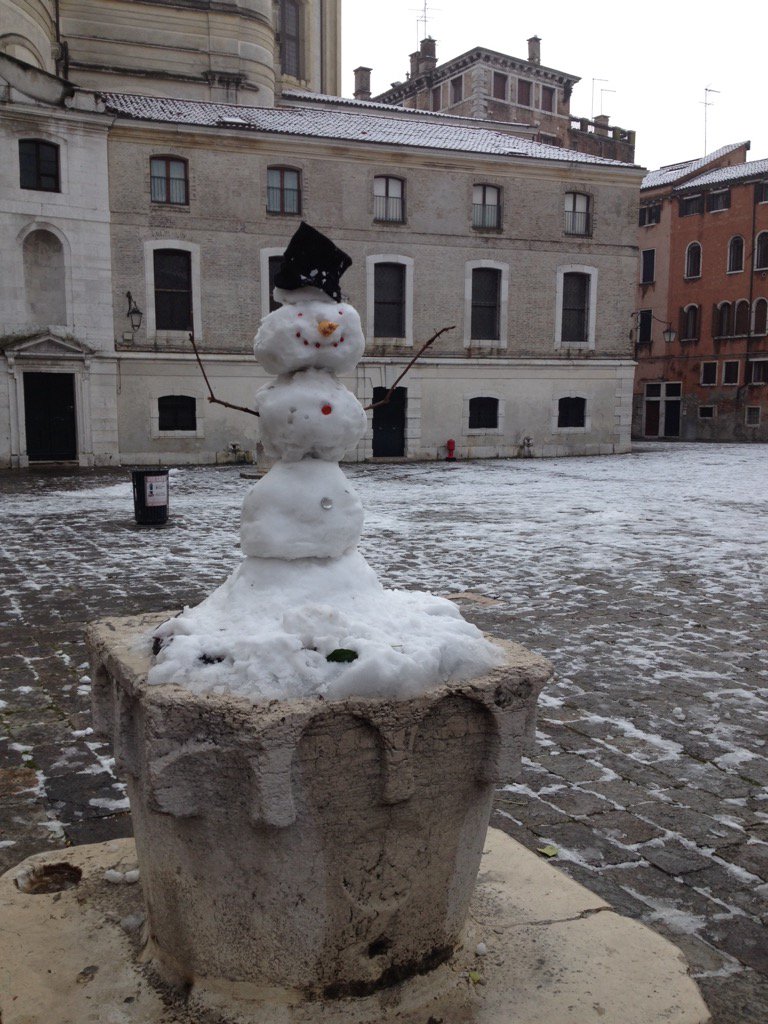 I simply loved walking into Campo De Gheto Novo and savour the silence.

It is low season now in Venice and the hordes of tourists are long forgotten. When I was in the Ghetto, there were only a few local families with children enjoying the white fluff!

Here are some photos I managed to take – spot the Ghosts in Venice!!! 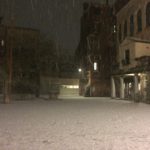 The snow in Venice 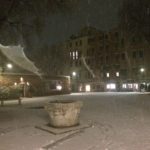 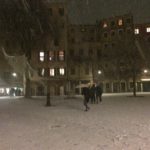 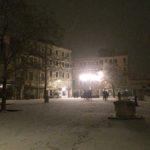 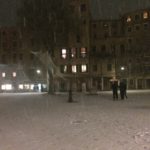 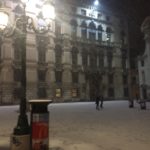 Support the Artisans in Venice – #bethechange