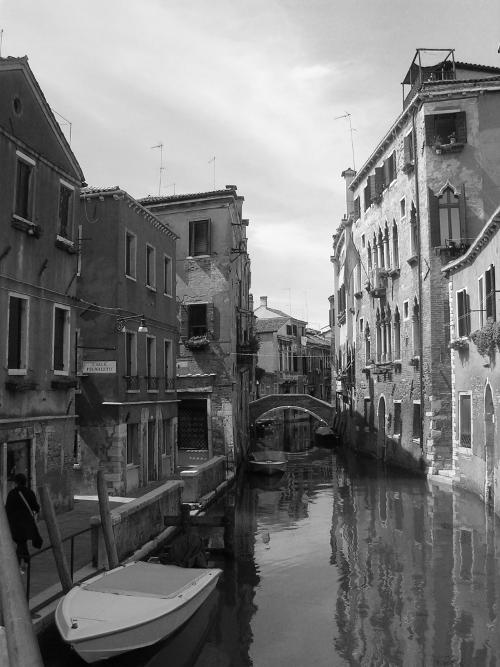 One of my young students, Erica Stefanini, has written this interesting short research on Venetian Emigration for a history exam. I translated it for you, because I found it very very interesting.

The first big migration of modern history has been the Italian one, starting with Venetian people (the majority of which originated from Treviso) in 1875, when they started to leave Italy and settle in Argentina, USA but above all in Brazil.

The main causes of the migration were poverty, the exclusion of the rural classes in those days, hunger and the desire to own land by the farmers (back then real serfs), often tricked by propaganda, favoured by ignorance and hope.

Of 30 million Italian inhabitants, 21 were farmers and only Piedmont and the Po Valley had reached a small rural progress, whilst Britain, France and Germany had already entered the industrial era.

Hundreds of thousands of Italians still lived in terrible conditions and according to some recorded data of 1879, in a small hole could live on average 10 people per room.

The land belonged to the rich land owners and the farmers were serfs or slave descendants. There were big lands owned by the bourgeoisie, who obtained them from the notaries through the usurpation of land reclaimed from the Church.

It was probably for these reasons and these life conditions that Giuseppe Garibaldi was welcomed with big enthusiasm ; the farmers were expecting the distribution of land and through themselves with violence on the properties of the landowners, but were stopped and beaten up when they tried to do that.

The beginning of the emigration

It is in this situation that the first migrations started (in 1875-1876) and during the next 50 years around one and half milion Italians arrived in Brazil.

They found their new homeland there, settling down and helping the development of the country. The first emigrants to leave Italy were above all the Venetians, around 30% of the total, followed by people from Campania, Calabria and Lombardy.

The Venetian were small land owners, tenants and share-croppers, the people from the South were, instead,poor and illiterate, generally farmers with no money or land and they were called labourers.

The first wave of Italian emigrants was in 1874, but it was  officially declared in 1875. The Atlantic crossing was dramatic and many died during the journey, also because of the boats sinking.

When the immigrants arrived in the new lands of South America, they were transferred for free from the landing port to the lands which had to be colonised (called nuclei).

The families were given between 25 to 60 ha, to be redeemed from the second year, that is after the first harvest. The settlers received a temporary home, food aid, agricultural tools and seeds to be reimbursed later. In the first year, to guarantee their keeping, the men in the states colonies were used in public work.

The colonial families had the duty to clear a portion of the lot and prepare the ground for cultivation, to build their houses and roads and open trails to demarcate the boundaries of the property.

The greatest majority of emigrant farmers transplanted in the territory their crops and their farming methods, typical of their country of origin. The crop which imposed itself on all the others was the vine, with the consequent industrialization of wine and other grape derivatives, which is still the largest source of wealth in Brazil.

Often they met, however, with some difficulties such as an abundant vegetation, the encounter / clash with the Indians and the remoteness of the nuclei from the towns that created other problems such as poor health care, the limited number of schools and the hampered trade of products.

However the distance from the towns meant the retaining of the traditions and customs of the regions of origin, the rituals, the dances, the games, values such as family and dialects.
Indeed the largest phenomenon appears to be the keeping, after a century, of their own language of origin (the Venetian) at household level and, on occasion, also at Community level.

One wonders what were the factors that led the Brazilian ruling classes to such an attracting large policy and in some way beneficial to the  newcomer. “

There were two reasons:

– The need to populate a vast and scarcely populated area, by farming the land, by subtracting the control from the Indians and the political will to “bleach” the population on the grounds that the slaves were all blacks.

– Another key element was the shift in Brazil from monarchy to republic and the assumption of power by the owners of coffee. For the cultivation of normal fields they only needed the arrival of farmers, but the coffee was a problem more consistent as they needed employees.

Italian immigrants were the protagonists in many of the transformations of time: the abolition of slavery in 1888, the expansion of agriculture, the consolidation from an economy of export to industrialization.

The first traces of colonization can still be seen today in names of many places, such as Nova Milan Garibaldi, Nova Bassano Nova Brescia, Treviso, Nova, Nova Venice, Padua Nova, Monteberico, while others like Nova Trento and Nova Vicenza have changed their original names in Brazilian names after times of xenophobia.

This xenophobia reached the maximum point during the last war, when to immigrants who did not speak Brazilian it was strictly forbidden to speak their native language Veneto, with moral consequences and practical difficulties.

Those who lived in the colony and kept the craft and traditions of the early emigrants, until recently were regarded as marginal and looked with disdain even by those descendants of the Venetian population in the large cities. Despite the prejudices, the Italian-Brazilians were able to mingle and become an integral part of Brazilian society.


These small research is based on documents about the Italian emigration to Brazil, but it is almost identical to the emigration towards Argentina, USA and even to Australia.

The nations were Italians migrated to are different, but the reasons, the conditions and the development of the Italian community worldwide is almost the same.

Wherever Italians went, they settled, worked hard and tried to keep their homeland origins alive for their children, grandchildren and so on.

Italians today are very different from the Italians of back then and maybe we should remember more often how hard life in Italy was and what our ancestors had to go through to allow us to live in the nation we live now! And maybe we would be a little more sympathetic towards those arriving in our country today!

IN LOVE WITH VENICE: BEST MEMORY OF VENICE #6

Wisdom is knowing how to go forward; virtue is doi

In life you must never resign yourself, surrender

"There are only two days a year when you can't do

It doesn't matter if you go slowly, the important