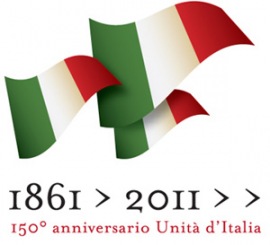 Unification of Italy: Next Thursday, on 17th March 2011, Italy celebrates its 150 Anniversary as a united country. This is happening in the middle of a very difficult political and economical crisis. You would have thought that this anniversary would have been the occasion to put all this behind and start fresh. But I am not so sure Italians can do that just yet.

I have lived abroad for many years and I was always very proud to be able to say I was born and bred in Italy.

When people asked me were I came from I never said Venice first, but Italy, even though I am madly in love with Venice and I am a proud Venetian.

But I was not born during the Republic of Venice, I was born in Italia, a country which fought hard to come out of the terrible situation it was in after WWII.

I grew up with strong family principles, believing that in life what is important is honesty and to stand up for yourself. And like me many many other people were brought up this way.

So it is a bit hard for me to understand why all of a sudden instead of concentrating on resolving the problems which grip our lovely country, all we can do is squabble over if we should or should not be united. People gave their life so we could be call ourselves Italian and now we just spit this word out as if it was a swearword!

I am fed up of people turning every occasion into a political argument.

Can we just celebrate our anniversary just like French celebrate 14th July, Americans 4th July and every other nation celebrates its unification or independence??

Anyway, after this outburst from my part, this is a list of events happening in Venice in March during the 17, I hope you will enjoy them.

On March 17 the official day of the celebrations will begin with the flag raising at St. Mark’s Square at 10 am with the Army band concert . The Italian flag will then be raised at the church tower of San Marco. The choir “April 25” and Bandiera Italiana at 3pm will perform songs linked to the Italian folk tradition. The flag-raising is a regular item on the celebrations in many cities. On March 17 all museums, state parks and archaeological sites in Italy will be open free of charge.

From March 16, 2011 there will be three exhibitions that will open in Venice during the celebrations of the 150th Anniversary of the Unification of Italy. 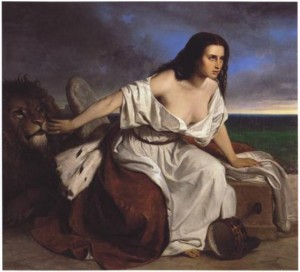 1- An exhibition at the Museo Correr, titled “VENEZIA che spera, Venice hoping, The Union of Italy,” documents the most significant events of the period between 1859 and 1866, that is the War of Independence up to the annexation of Venice and the Veneto to the Kingdom of Italy, through the presentation of a rich iconographic display and a large selection of historical documents coming mainly from the most important public collections of the Risorgimento, in addition to a collection of works which comes from other important Italian museums, such as Museo del Risorgimento in Milan, the Miramare Castle in Trieste and the Civic Museums of Udine and Pordenone. The night between 16 and 17 March the Correr Museum will remain open until 22.

2- At the Marciana National Library, in its monumental halls, an exhibition will take places, WAITING FOR UNITY OF ITALY 1850 to 1866. Venice toward unification which aims to document the atmosphere of that period based on historical chronicles, polemics, propaganda and debates, found in publications of the time.

3- The Foundation Querini Stampalia offers a private vantage point on the events of the historic founding of our country in the exhibition Let’s make it a ’48! The Venetian Renaissance at Palazzo Querini Stampalia which offers the opportunity to discover the material from the archives belonging to the Foundation’s founder, John Querini Stampalia, born May 5, 1799, who lived then the Risorgimento in the season of maturity.