You cannot talk about the Serene Republic of Venice and not mention the blue green water of its canals and the Venetian lagoon, subject of the most famous paintings from all times. 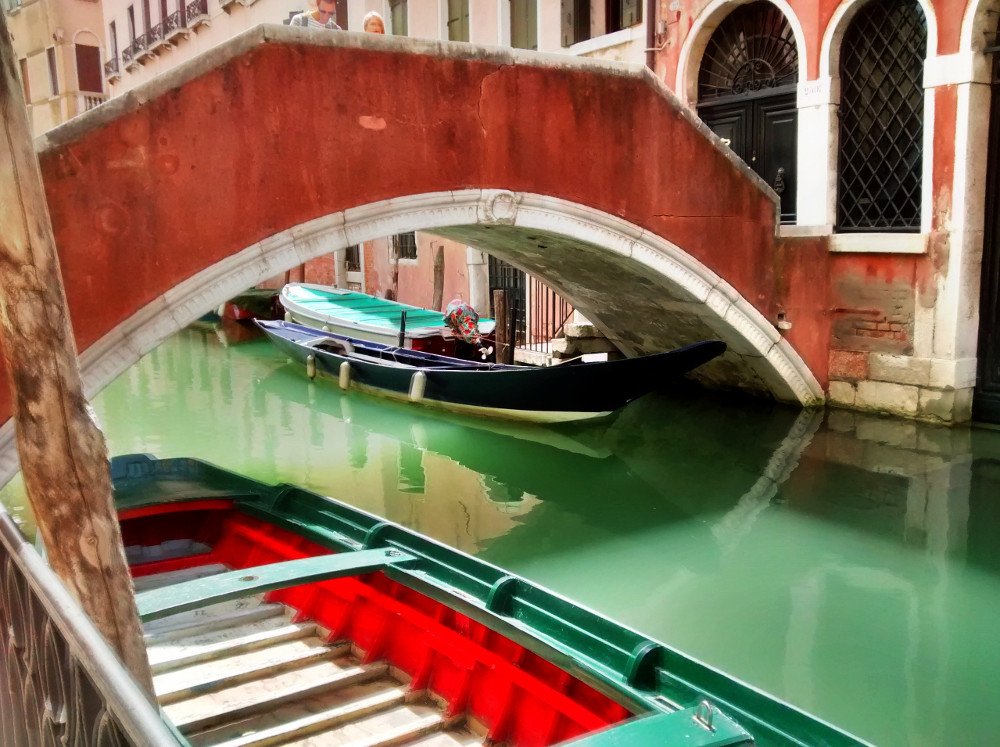 Water: all around and underneath it, but funny enough, not a single drop of natural fresh water for its inhabitants to drink (in the past of course).

The relationship between man and the Venetian lagoon was born well before the establishment of the Serenissima and has always been governed by the alternation of the tides that can reach almost two meters here, the only place in the Mediterranean together with the Gulf of Gabes, in Tunisia.

The lagoon and its islands were colonized increasingly extensively during the last 2000 years, reaching its present state. A magnificent Unesco maritime city, floating on the water of the lagoon with its priceless artistic cultural heritage and strong maritime traditions; the symbiosis of Venetians with the sea. 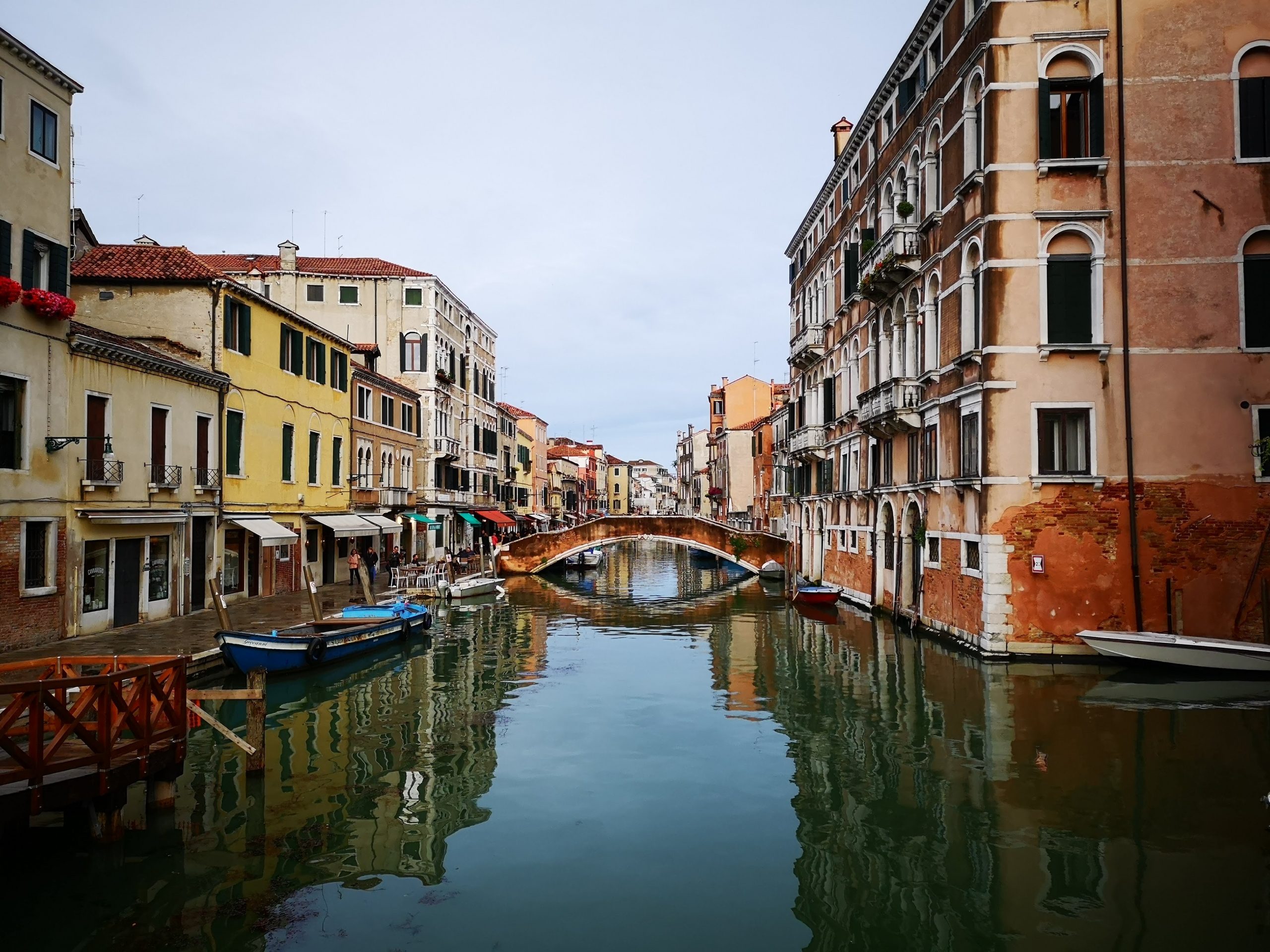 A few facts about the lagoon

The city is the center of the Venice lagoon, which extends for about 40 kilometers around the city.

FUN FACT: Did you know that only 11% of the lagoon is constantly covered with water? 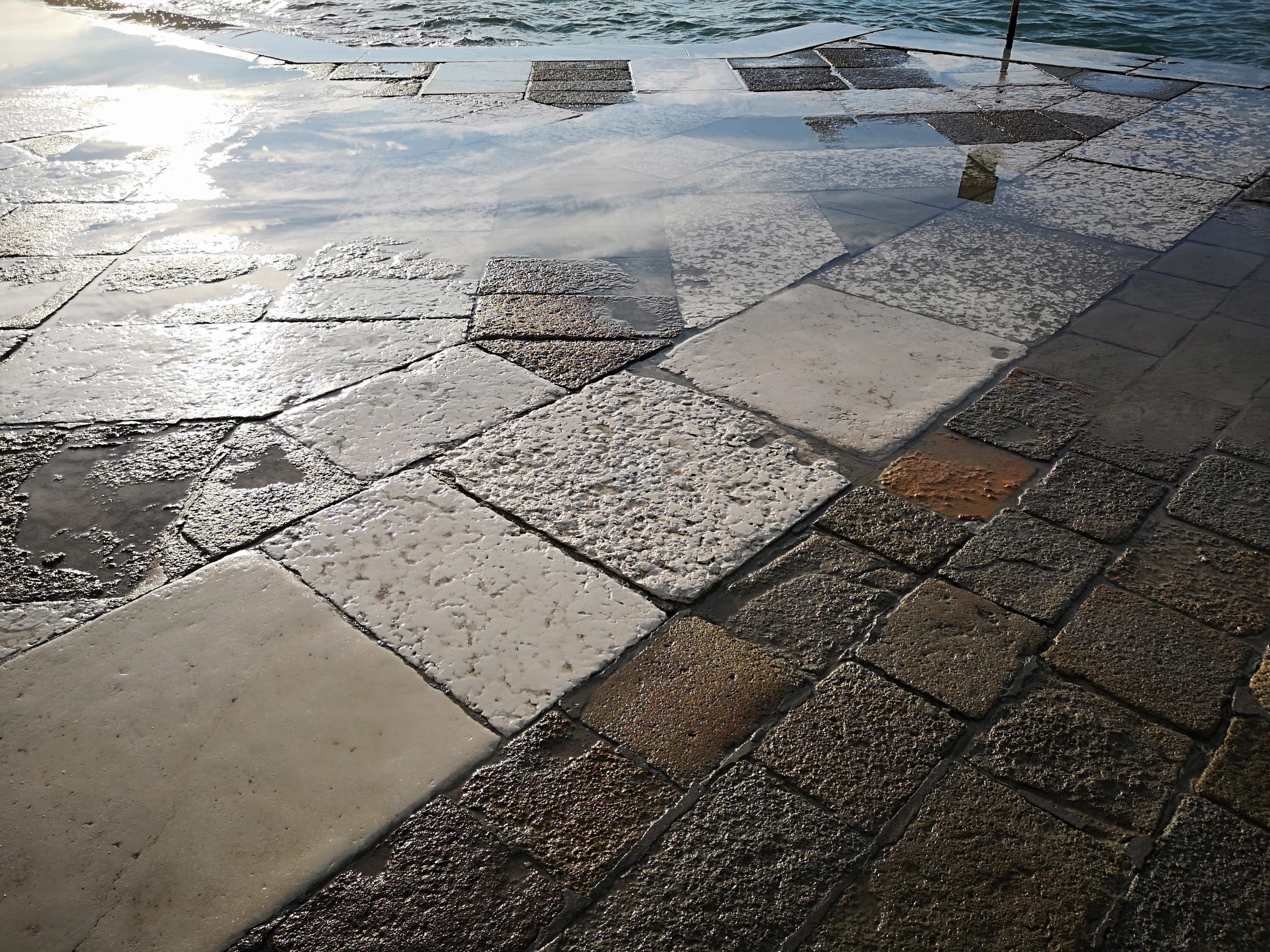 The remaining part is made up of either islands or the so-called “dead lagoon”, inside which the tides no longer carry water.

Furthermore, they are the only locks through which ships can pass to reach the Venice lagoon. 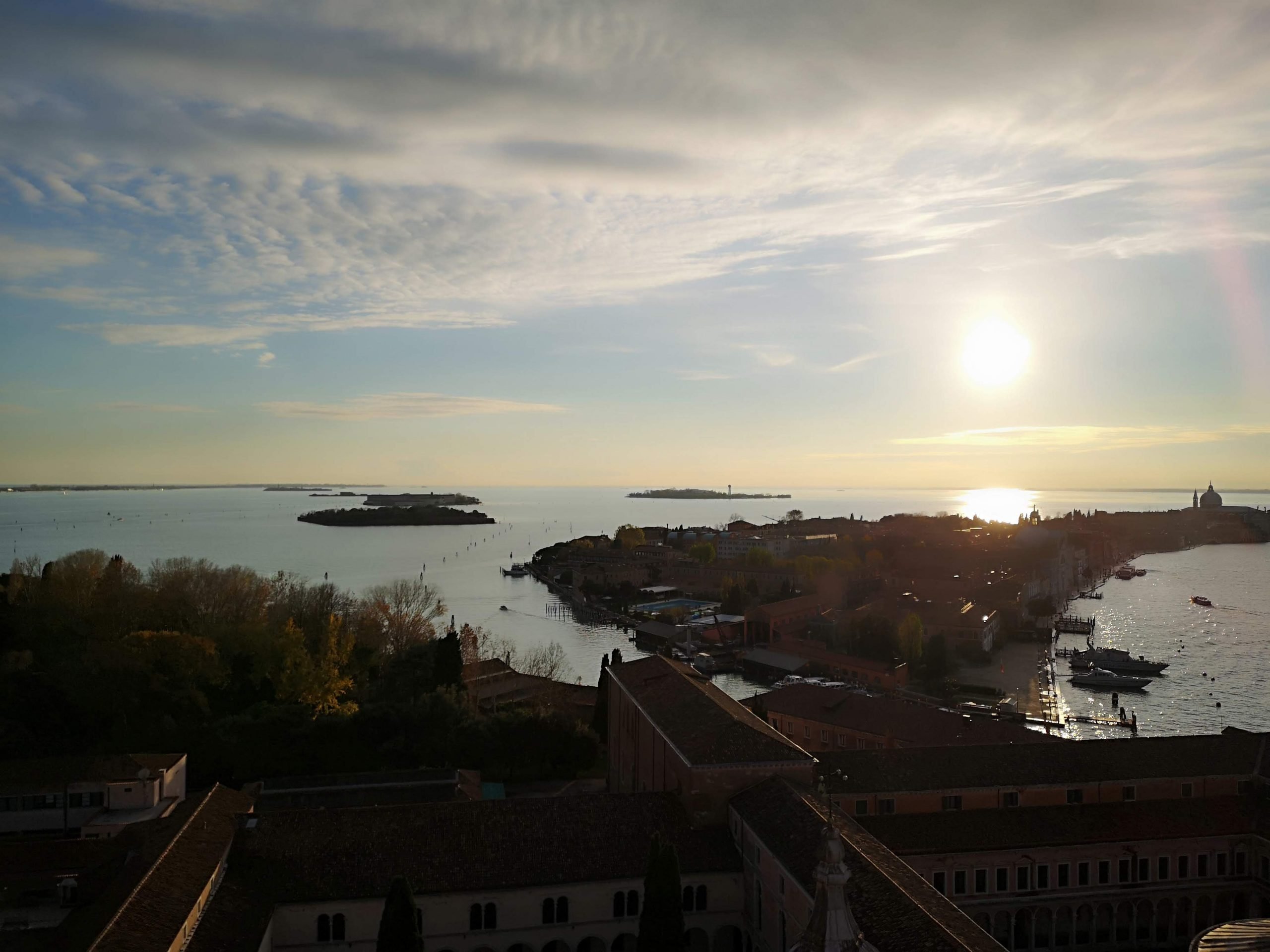 Venice is a unique city in the world and as such has unique problems. Developed in symbiosis with the lagoon environment, the city has faced the problem of maintaining the functionality of the hydraulic system of the internal canals since its origins. The erosive capacity of the sea and the salinity can, in fact, compromise the conservation of the city and its habitability (read more about it here: The fate of Venice – Sinking or Crumbling?

In the old days there was a water magistrate, created as early as 1501 and closed down in 2014, which took care of the cleaning of the canals, the right water levels and the protection of the lagoon. 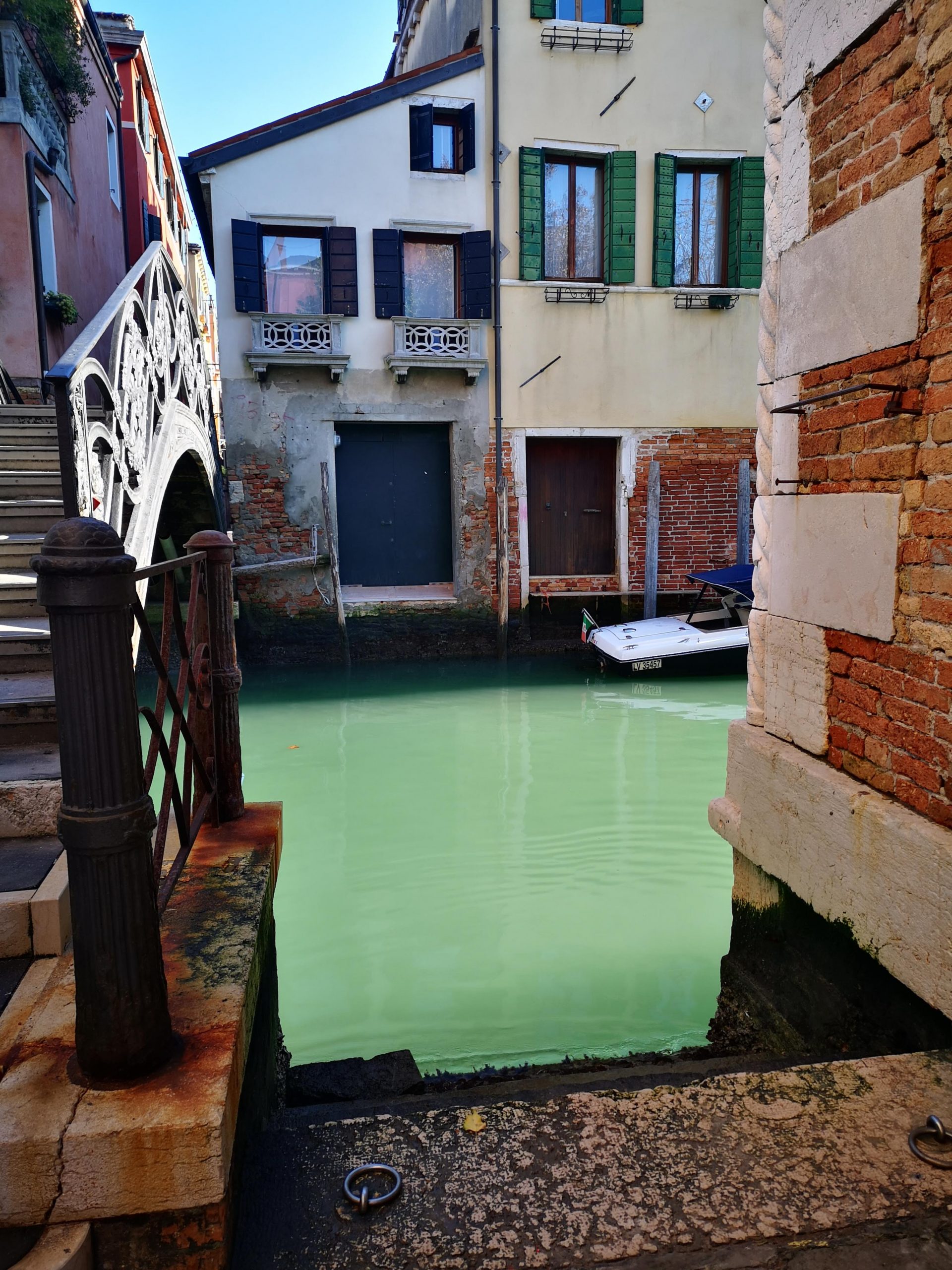 Venice itself was built on over 100 individual islands. To consolidate the foundations, thousands wooden poles, 25 meters long, were planted in the unstable soil of the lagoon. Surrounded by saline mud, the wood petrified, forming the perfect foundation for the construction of the city. The numerous canals served both as transport routes and as drainage channels. The daily tides cleared the channels of sewage.

Despite everything, Venice still struggles with the muddy ground. The houses are not only exposed to constant movements; the foundations sink deeper and deeper. In the past it was possible to contain the seriousness of the problem by putting more layers of soil or mosaic floors, but today the problem is very much an emergency. 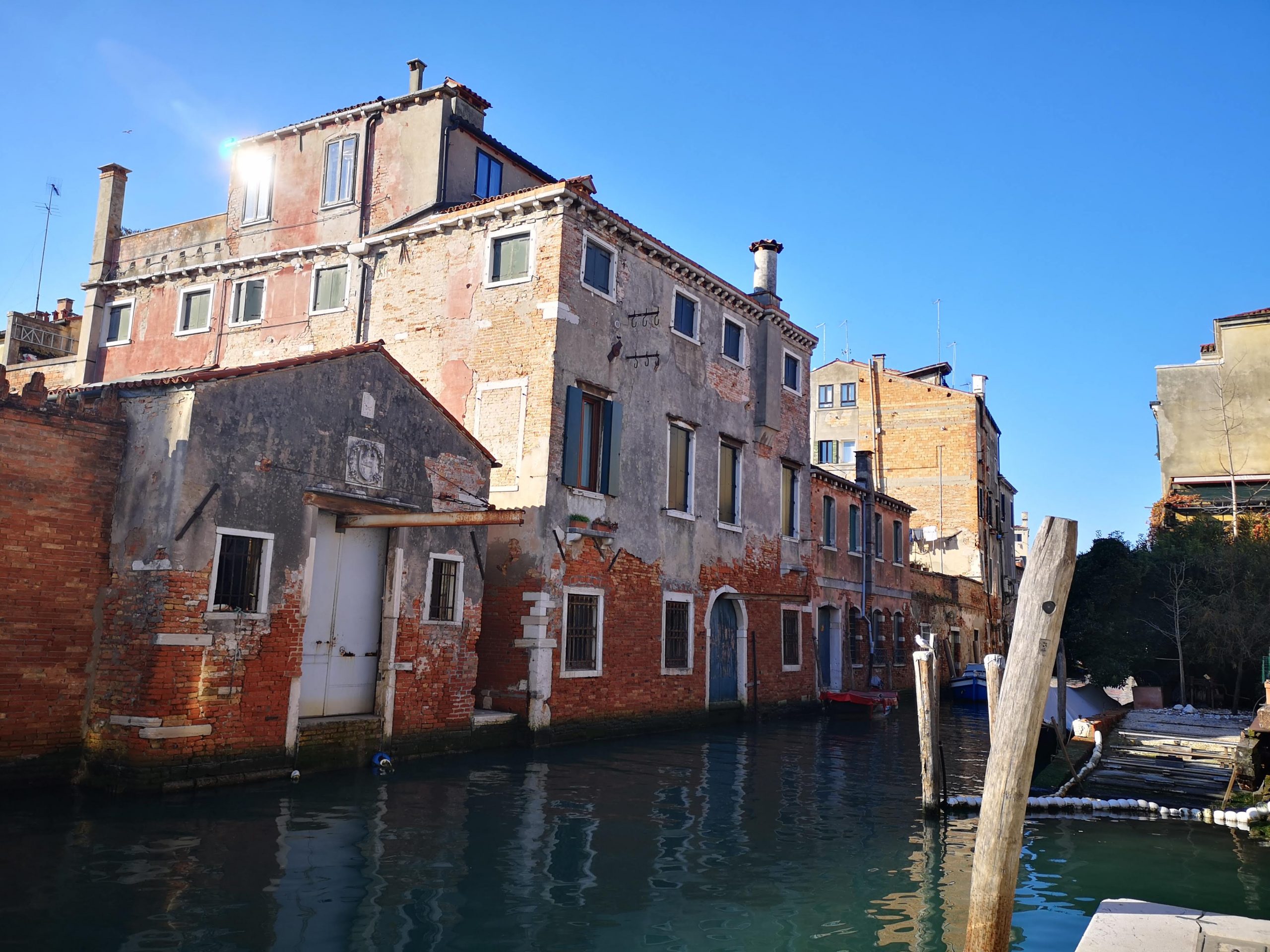 The phenomenon of hydraulic risk during intense rains, in the areas of the lagoon eaves, is determined by the flooding of the rivers and waterways of the drainage basin, especially if accompanied by the rising sea and lagoon waters, due to the high waters and storm surges of the Sirocco wind. The hydraulic risk in historic lagoon centers is due to the phenomenon of high water that occurs when the tide, due to the effect of the Sirocco wind storms, exceeds the threshold of 100-110 cm in Venice. The effects of climate change, following the increase in greenhouse gas emissions into the atmosphere, can increase the hydraulic risk throughout the territory, due to the expected intensification of winter rains and the rise in sea levels. The rise in sea level and the greater number of high waters compromise the protection of the lagoon morphological system and the conservation of the monuments. 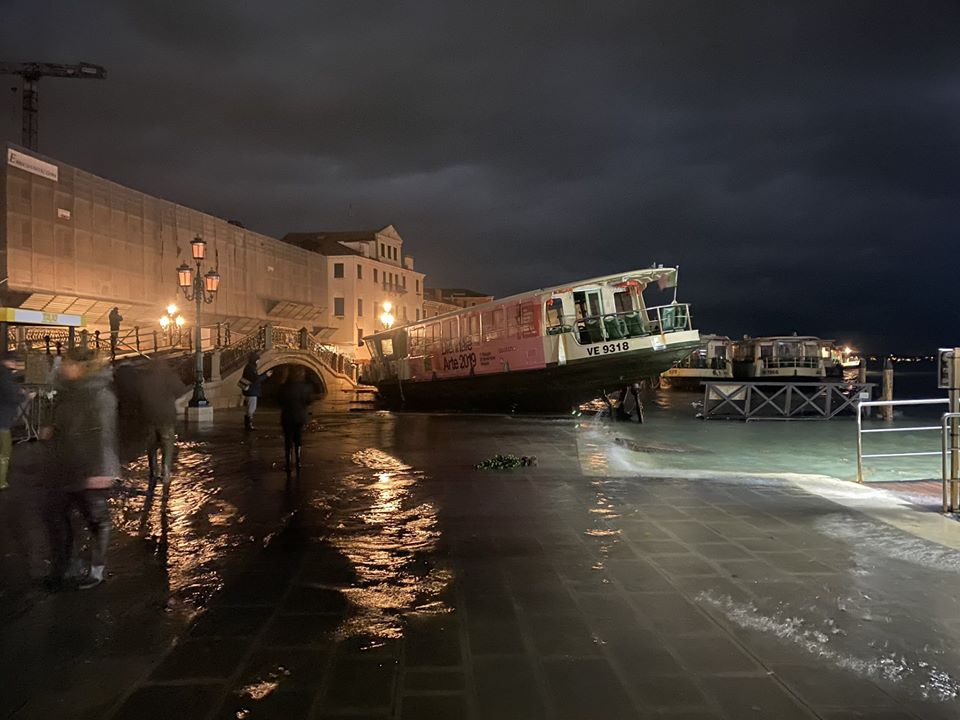 We all remember what happened in November 2019: Acqua Granda, the exceptional high tide in Venice.

Venice and the MOSE

Now there is the MOSE (MOdulo Sperimentale Elettromeccanico), mainly made up of three retractable dams located at the three lagoon inlets, built through arrays of 78 self-submersible steel hollow gates hinged to the seabed on one side.

Operated by varying their buoyancy (through the introduction / expulsion of air / water), the dams serve to temporarily isolate the Venice lagoon from the Adriatic Sea when selected high tide events approach.

It took years in building (let not even mention the corruption scandals etc), and  the latest estimates reveal that the great work of the Mose was completed for 94% and cost 5.3 billion euros. The last of the gates was installed in January 2019 and we are currently in the experimentation and testing phase; the completion of the structure is scheduled for December 2021. It is estimated that the total costs will reach 7 billion euros, plus an annual maintenance cost that should be around 80-90 million euros, although experts believe that this figure could increase to over 100 million euros per year.

The few times that it was activated in 2020 it worked, but we still have no idea of the lasting effects it will have on the natural environment! 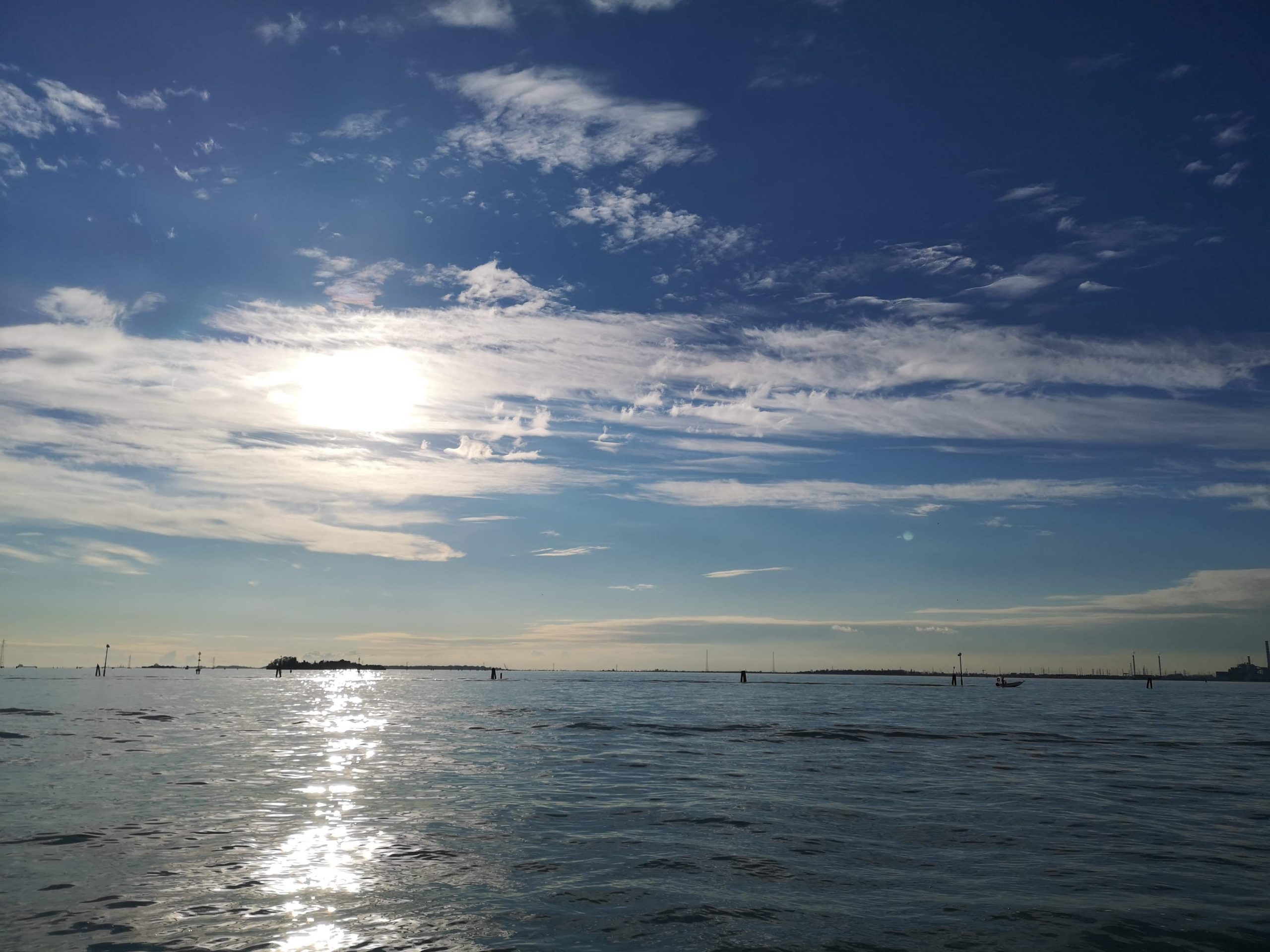 There was no fresh water in Venice

(Venice is in the water but has no water) 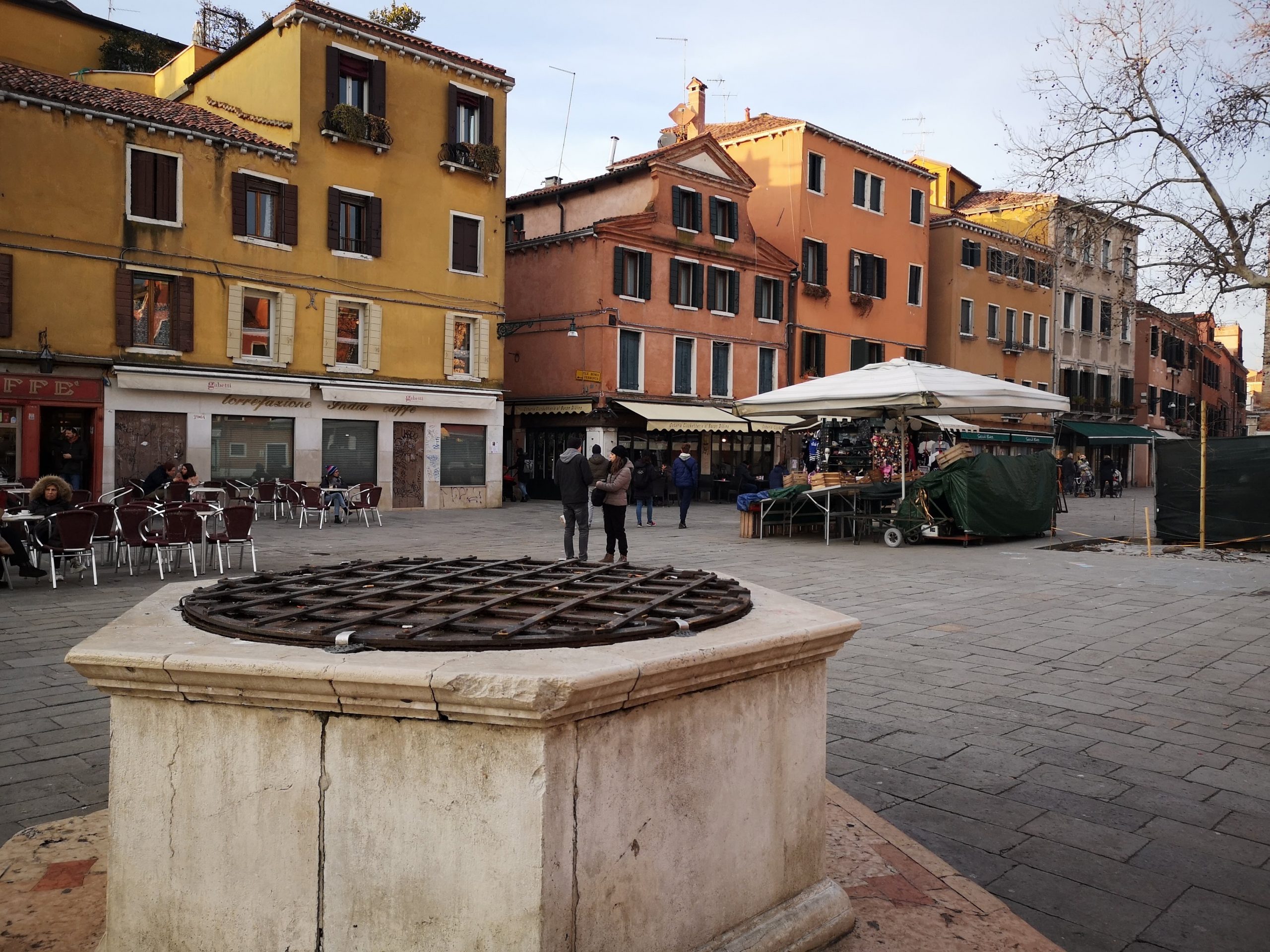 The drinkable water problem was of primary importance in Venice from the first moments of its life, and lasted throughout its millennial history.

When the people of the mainland, under the pressure of barbarian invasions, took refuge on the lagoon islands, they probably first took advantage of the rivers entering the lagoon. We know for sure that they also got fresh water from natural wells of rainwater.

With the transfer of the government seat in Rialto, to avoid the expense of transporting fresh water from the wells of the coast, they began to build one or more tanks for public use in the houses courtyards: big cisterns that collected rainwater after being filtered by a layer of sand. At the beginning of 1300s in the city there were already hundred wells.

In order to reinforce the number of wells, various measures were taken: for example the religious corporations that decided to built wells inside the monasteries were largely subsidised by the State as long as the wells were left free for the use of all citizens.

Surveillance measures were adopted to avoid waste in consumption: the parish priests held the keys of the wells with the task of opening them only twice a day, at the sound of the” bell wells”. There were also wells dedicated only to poor people, such as the San Marcuola one.

But the steady increase in population and commerce determined a consumption of so much water that the cisterns were no longer sufficient. Thus in 1540 the Senate decreed the creation of the Seriola Canal in order to bring water from the River Brenta to the edge of the lagoon, at Fusina, as to facilitate water transportation in Venice. The transport was carried out by special boats called “burchi”. Involved in this transport were the “acquaroli”, an association formed since the fourteenth century, housed in a modest building near the Church of San Basegio.

The water could be sold in small quantities, along the streets, by the “bigolanti”, shouting “acqua mo”. These hawkers brought fresh water directly to homes or shops that asked for it.

In the eighteenth century the “bigolanti” were about a hundred people (mostly women) and acquired the right to sell water with an annual contribution of 20 shillings paid to the “acquaroli”.

By The Other Venice

The Venetians and water! 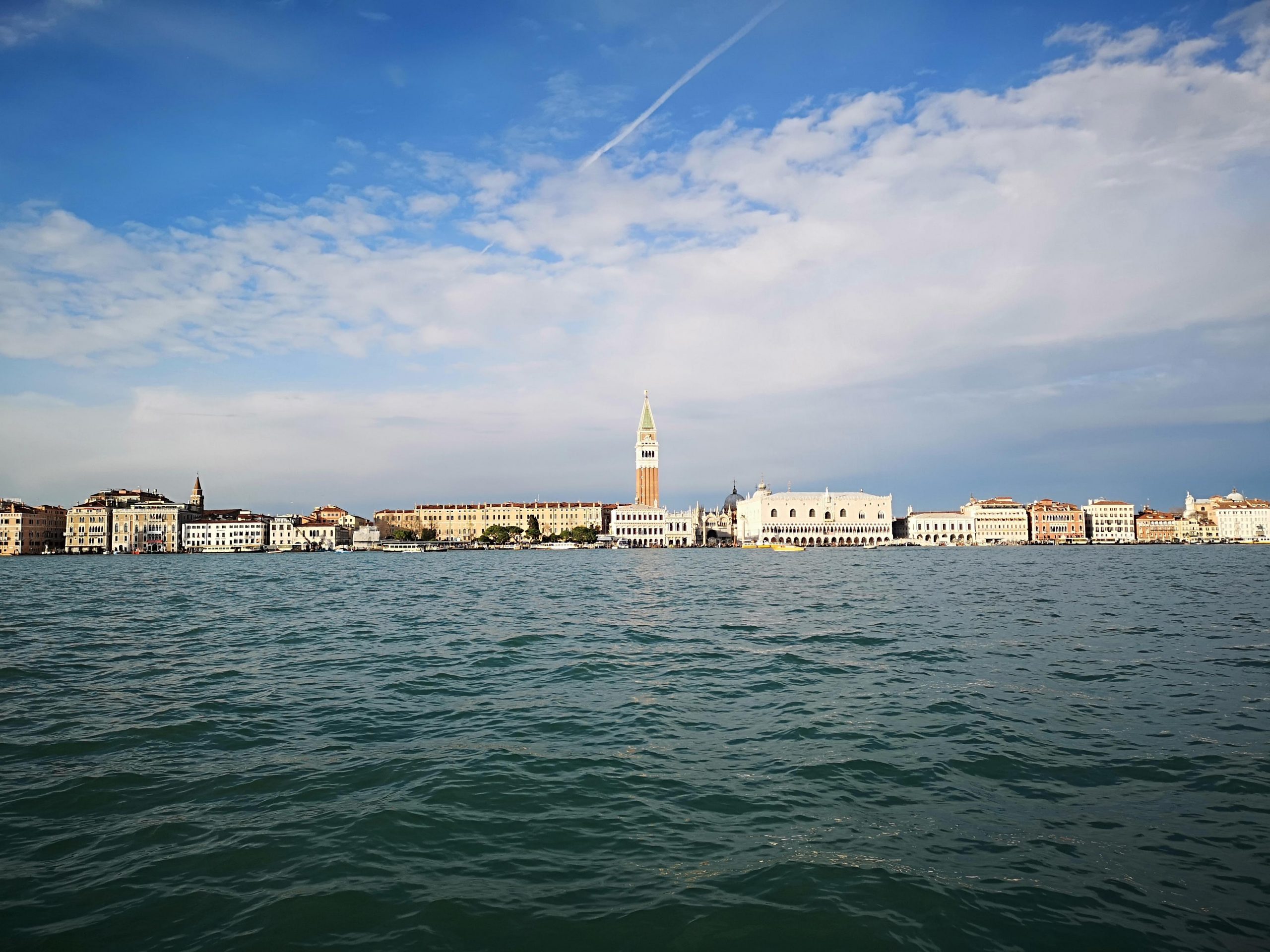 Let’s explore now some water related companies from Venice that might be of interest to all Venice lovers!

Venice Tap Water: They promote the use of tap water in Venice – they provide a useful map of drinking fountains in the city! This is a project by Venezia Pulita. What a great idea! 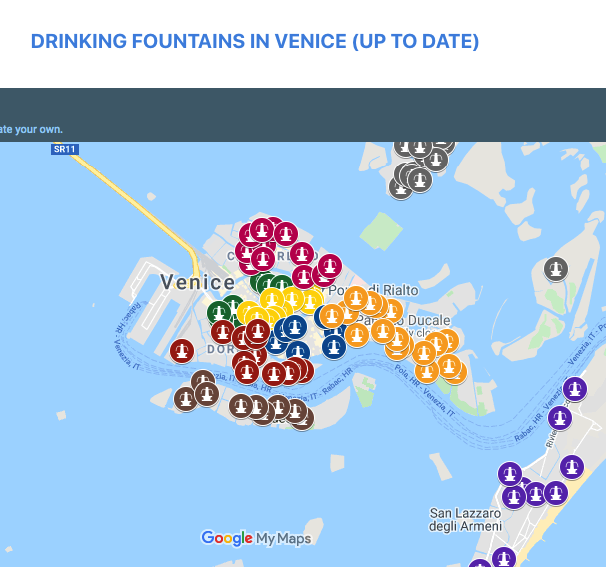 MyAquaBottle: this is a Venetian family-run start up. A brand new and elegant way to present water on your table: an artistic glass bottle, totally Made in Italy, decorated with Murano Glass medallions. I particular love the new one they created for the 1600th birthday of Venice! Great way to remind you of Venice everyday and at the same time save the planet! 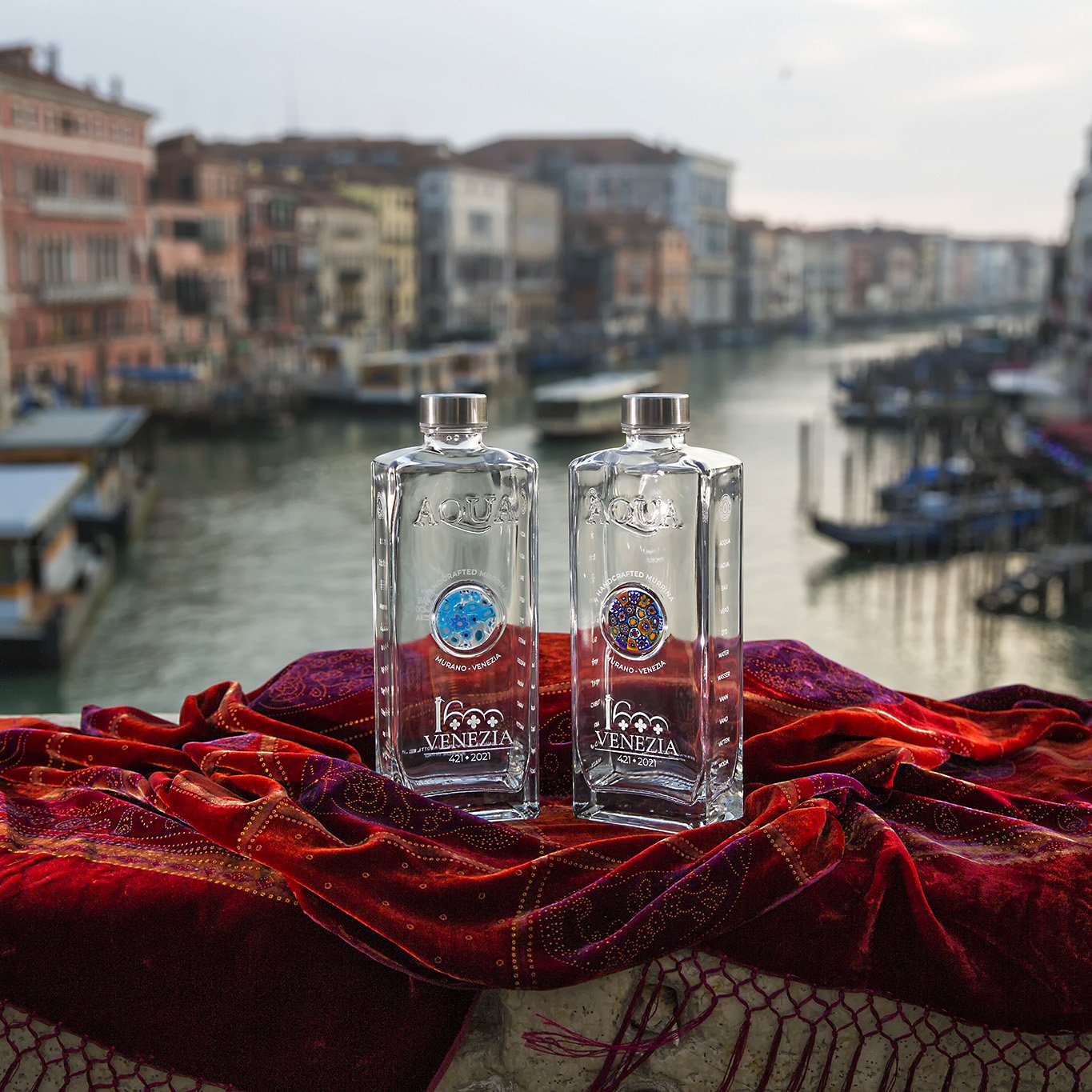 WeAreHereVenice: WahV is a non-profit association that addresses Venice’s challenges as a living city and advocates evidence-based approaches to policymaking. Their founder and spoke person, Jane Da Mosto, is a great advocate for real political changes to the city. You can donate to sustain them. 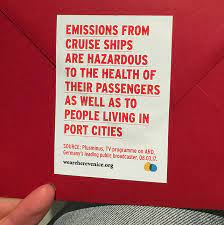 Comitato No Grandi Navi: the most famous Venetian association requesting the stop of Cruise Ships in Venice – they have almost succeeded, from the latest news! 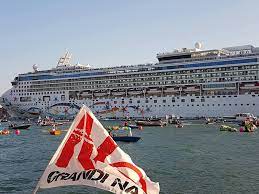 Ph by Comitato No Grandi Navi

Classic Boats: a company that organizes trips in the lagoon of Venice on electrical boats. They support traditional craftsmanship and rely on advanced technology. All boats of the category Sanpierota, Topa, Topo and Bragozzo are built exclusively in Venetian shipyards. A great way to see the lagoon of Venice in a sustainable way. You can read about my experience out on the lagoon with them here. 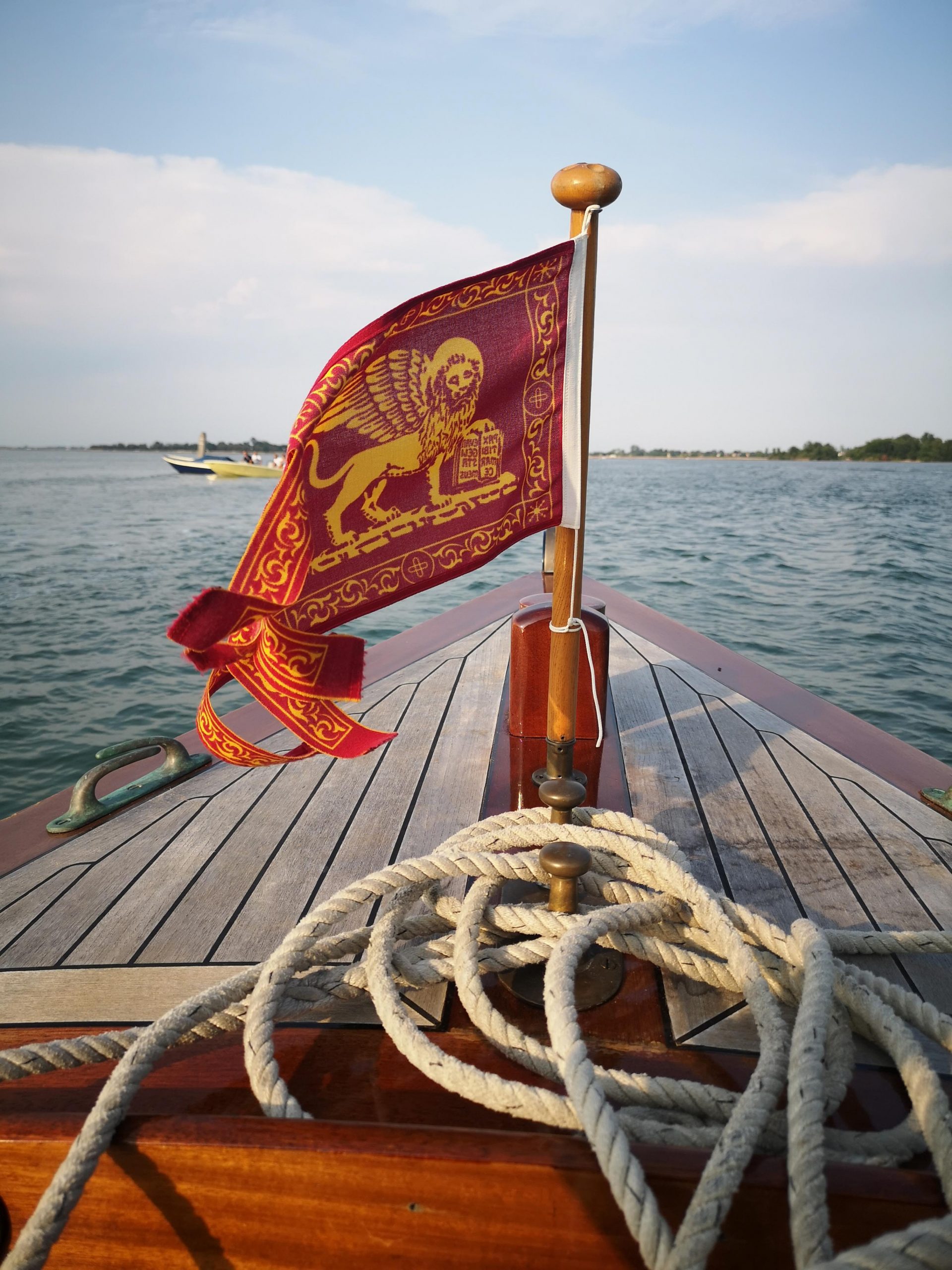 Row Venice is a non-profit organization of passionate women and expert rowers, Venetian by birth and by choice. They are dedicated to the preservation of the traditional Venetian Voga alla veneta, the Venetian style of rowing: standing up, facing forward, native to Venice and made iconic by the gondoliers. Many of them are also athletes and rowers devoted to this Venetian sport that’s as old as the city itself. And many take part in the famous Competition of Regata Storica! 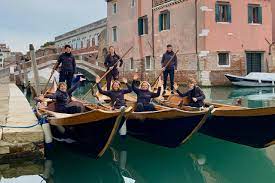 As you can see Water and Venice are two separate words, but they are for sure always just one image – don’t you agree?