Well, it is that time of year again when the most beautiful city in the world (in my humble opinion) gets even more enchanting and fascinating, with flashes of colors, music and smiles everywhere. Yes, the oldest Carnival in the world, the Venice Carnival, is here!

Come over at least once in your lifetime and get lost in the multicolored crowds which fill all the calle, the campi and Saint Mark’s Square, in a frenzy and joyous party which envelopes the whole city. And this year the theme is, you guessed it, COLORS, since the title is “Live in colour”. Thirteen days of performances, concerts, parades, games and fun. This is the program for the Carnival of Venice 2013 that will take place from January 26th to February 12th 2013.

“Live in color” is the theme of this edition. All events will be in the name of colors, from the concerts in Piazza San Marco which will be hosted in the spectacular scenic panorama of the Grand Theatre and each dedicated to a different color theme, to the dances and historical performances in the campi as well as all the events dedicated to children and the aperitifs in the campielli. A colored vertigo which will take over even the major events of the tradition, from the Venetian Water Festival, continuing with the Parade and Festival of the Marie. A kaleidoscope of colors also for the flights, from the one of the Angel to the Svolo del Leon scheduled for Mardi Gras, when at midnight the Silent Parade, the silent procession of gondolas from the Rialto Bridge to the San Marco basin, will close the Carnival.

– The Venetian Festival on the water, the Grand Canal and the Cannaregio district: Saturday, January 26th at 17.00 and Sunday, January 27th at 11.00

– The competition of the most beautiful mask in San Marco Square from February 2nd to 12th, various times

– The Donkey’s Flight in Piazza Ferretto in Mestre on Sunday, February 10th at 12:00

Plus music and food all over the city for you to sample and enjoy. 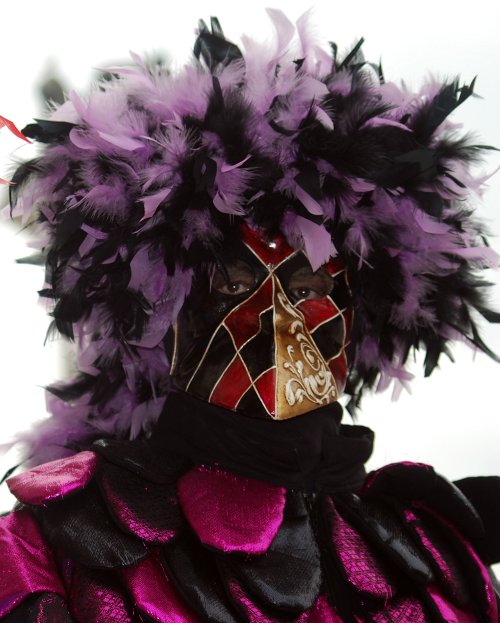 Eat with your eyes in the sky in Venice: Fly Restaurant

Wisdom is knowing how to go forward; virtue is doi

In life you must never resign yourself, surrender