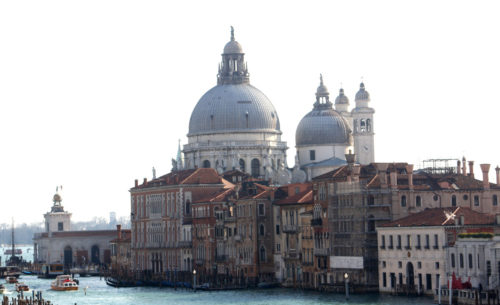 On 21st November there will be another big celebration for Venice: Festa Della Santa Maria della Salute or Madonna della Salute.

Unfortunately I have been extremely busy for the last two weeks and I really did not have time to sit down and write a proper post about this, but I feel it is right to let you know a little bit about this event which marks a very important part of Venetian History.

So, thanks to Wikipedia, I am going to just extract some facts from their website and pass them on to you!  I will be back writing from my own hand pretty soon, so my apologies in advance if this is not my own writing! 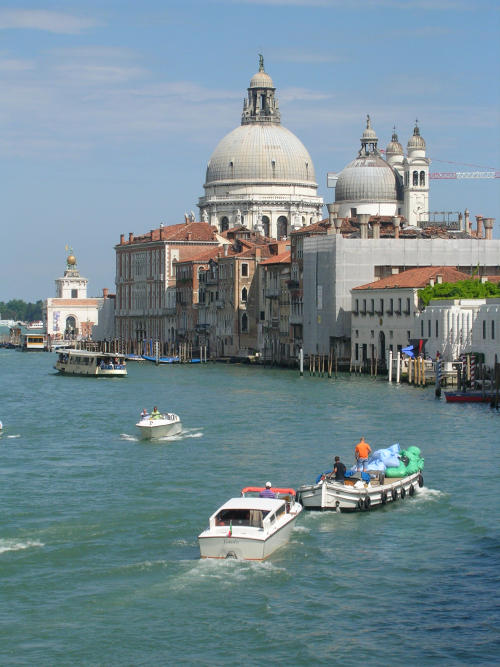 The  Basilica di Santa Maria della Salute commonly known simply as the Salute, is a Roman Catholic church and minor basilica located in the Dorsoduro sestiere of the city of Venice. It stands on a narrow finger of land between the Grand Canal and the Bacino di San Marco Piazza San Marco from the water. The Salute is the most recent of the so-called Plague-churches. making the church visible when entering the Canal Grande. 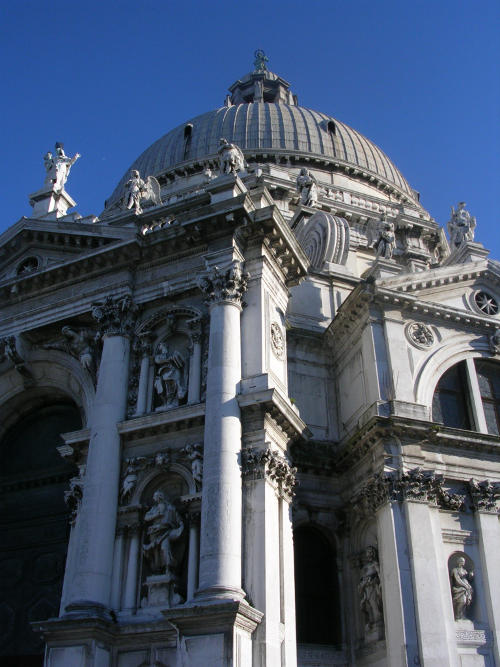 In 1630 Venice experienced an unusually devastating outbreak of the plague. As a votive offering for the city’s deliverance from the pestilence, the Republic of Venice vowed to build and dedicate a church to Our Lady of Health (or of Deliverance, Italian: Salute). The church was designed in the then fashionable Palladian style by Baldassare Longhena, a pupil of the Venetian architect Andrea Palladio, and construction began in 1631. Most of the objects of art housed in the church bear references to the Black Death.

The dome of the Salute was an important addition to the Venice skyline and soon became emblematic of the city, inspiring artists like Canaletto, J. M. W. Turner, John Singer Sargent and Francesco Guardi.

At the beginning of the summer of 1629,  the plague assaulted Venice, and over the next two years killed nearly a third of the population. In the city 46,000 people died whilst in the lagoons the number was far higher, some 94,000. Repeated displays of the sacrament, as well as prayers and processions to churches dedicated to San Rocco and San Lorenzo Giustiniani had failed to stem the epidemic. Echoing the architectural response to a prior assault of the plague (157576), when Palladio was asked to design the Redentore church, the Venetian Senate on October 22, 1630, decreed that a new church would be built. It was not to be dedicated to a mere “plague” or patron saint, but to the Virgin Mary, who for many reasons was thought to be a protector of the Republic. 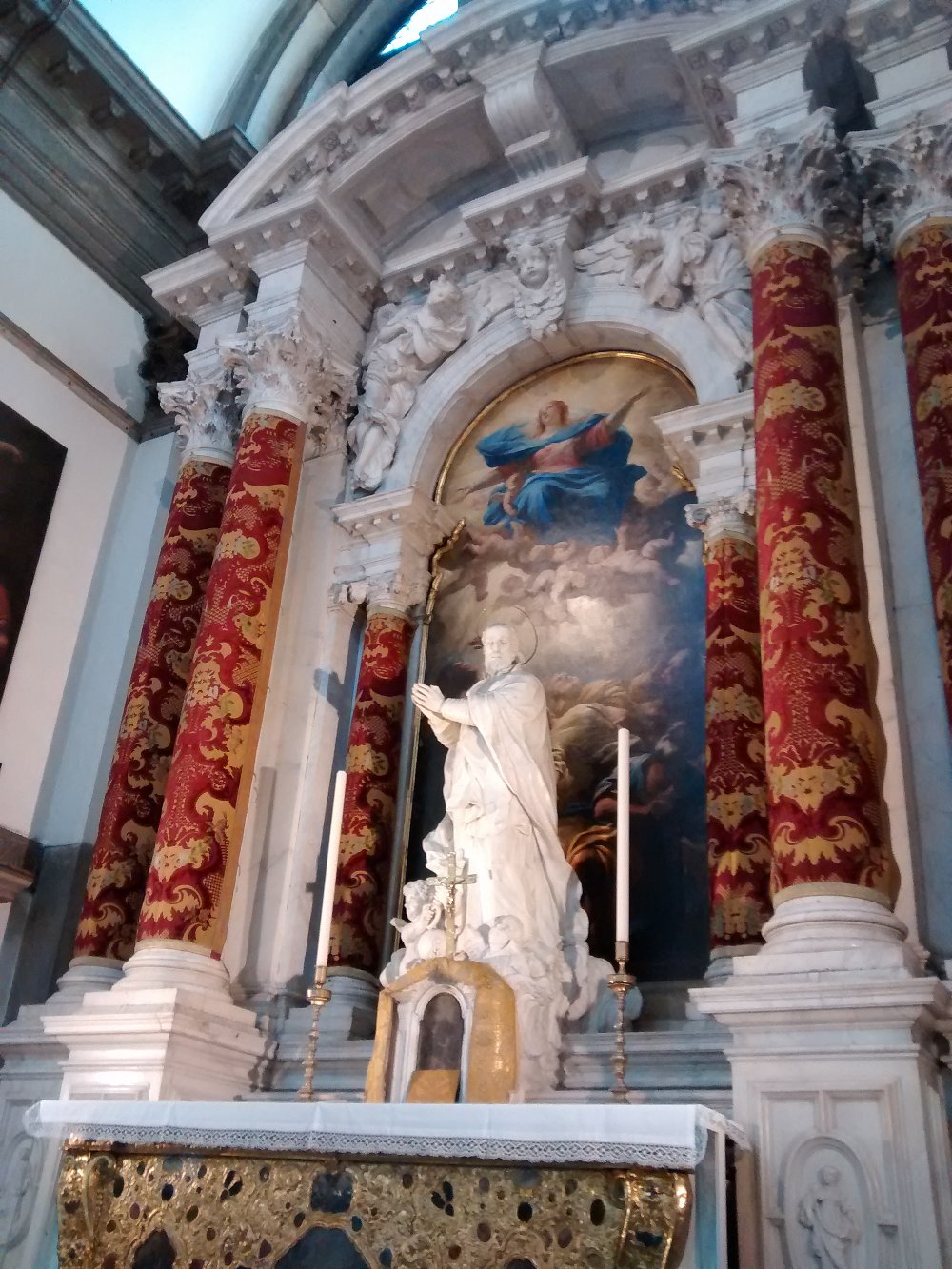 It was also decided that the Senate would visit the church each year. On November 21 the Feast of the Presentation of the Virgin, in a celebration known as the Festa della Madonna della Salute, the city’s officials parade from San Marco to the Salute for a service in gratitude for deliverance from the plague. This involved crossing the Grand Canal on a specially constructed pontoon bridge and is still a major event in Venice. 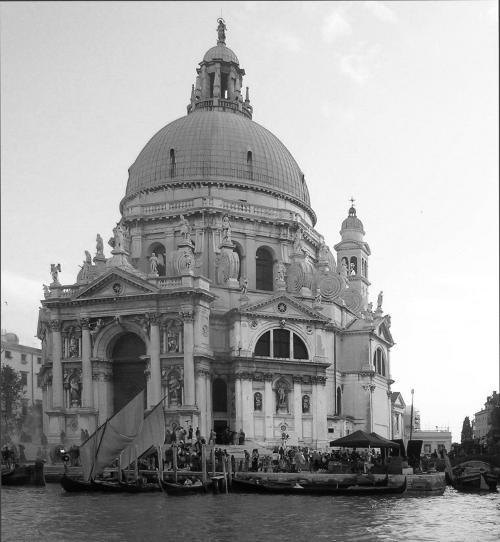 The Basilica of Salute

The desire to create a suitable monument at a place that allows for easy processional access from Piazza San Marco led senators to select the present site from among eight potential locations. The location was chosen partially due to its relationship to San Giorgio, San Marco and Il Redentore, with which it forms an arc. The Salute, emblematic of the city’s piety, stands adjacent to the rusticated single story customs house or Dogana da Mar, the emblem of its maritime commerce, and near the civic center of the city. A dispute with the patriarch, owner of the church and seminary at the site, was resolved, and razing of some of the buildings began by 1631. Likely, the diplomat Paolo Sarpi and Doge Nicolo Contarini shared the intent to link the church to an order less closely associated with the patriarchate, and ultimately the Somascan Fathers, an order founded near Bergamo by a Venetian nobleman Jerome Emiliani, were invited to administer the church.


A competition was held to design the building. Of the eleven submissions, only two were chosen for the final round. The architect Baldassare Longhena was selected to design the new church. It was finally completed in 1681, the year before Longhena’s death. The other design to make it to the final round was by Antonio Smeraldi (il Fracao) and Zambattista Rubertini. Of the proposals still extant, Belli’s and Smeraldi’s original plans were conventional counter-reformation linear churches, resembling Palladio’s Redentore and San Giorgio Maggiore, while Varotari’s was a sketchy geometrical abstraction. Longhena’s proposal was a concrete architectural plan, detailing the structure and costs. He wrote:

I have created a church in the form of a rotunda, a work of new invention, not built in Venice, a work very worthy and desired by many. This church, having the mystery of its dedication, being dedicated to the Blessed Virgin, made me think, with what little talent God has bestowed upon me of building the church in the … shape of a crown.

Later in a memorandum, he wrote:

Firstly, it is a virgin work, never before seen, curious, worthy and beautiful, made in the form of a round monument that has never been seen, nor ever before invented, neither altogether, nor in part, in other churches in this most serene city, just as my competitor (il Fracao) has done for his own advantage, being poor in invention.

The Salute, while novel in many ways, still shows the influence of Palladian classicism and the domes of Venice. The Venetian Senate voted 66 in favor, 29 against with 2 abstentions to authorize the designs of the 26 year old Longhena. While Longhena saw the structure as crown-like, the decorative circular building makes it seem more like a reliquary, a ciborium, and embroidered inverted chalice that shelters the city’s piety.

During the night the bridge of boats has been built and it will be ready to allow pilgrims to cross tomorrow for the celebration.

Mass will be celebrated every hour starting from 6am right through 8pm (last mass).