O, beware, my lord, of jealousy:

It is the green-eyed monster which doth mock

The meat it feeds on.

“Why are you mentioning Shakespeare, Monica?” – you might be asking. 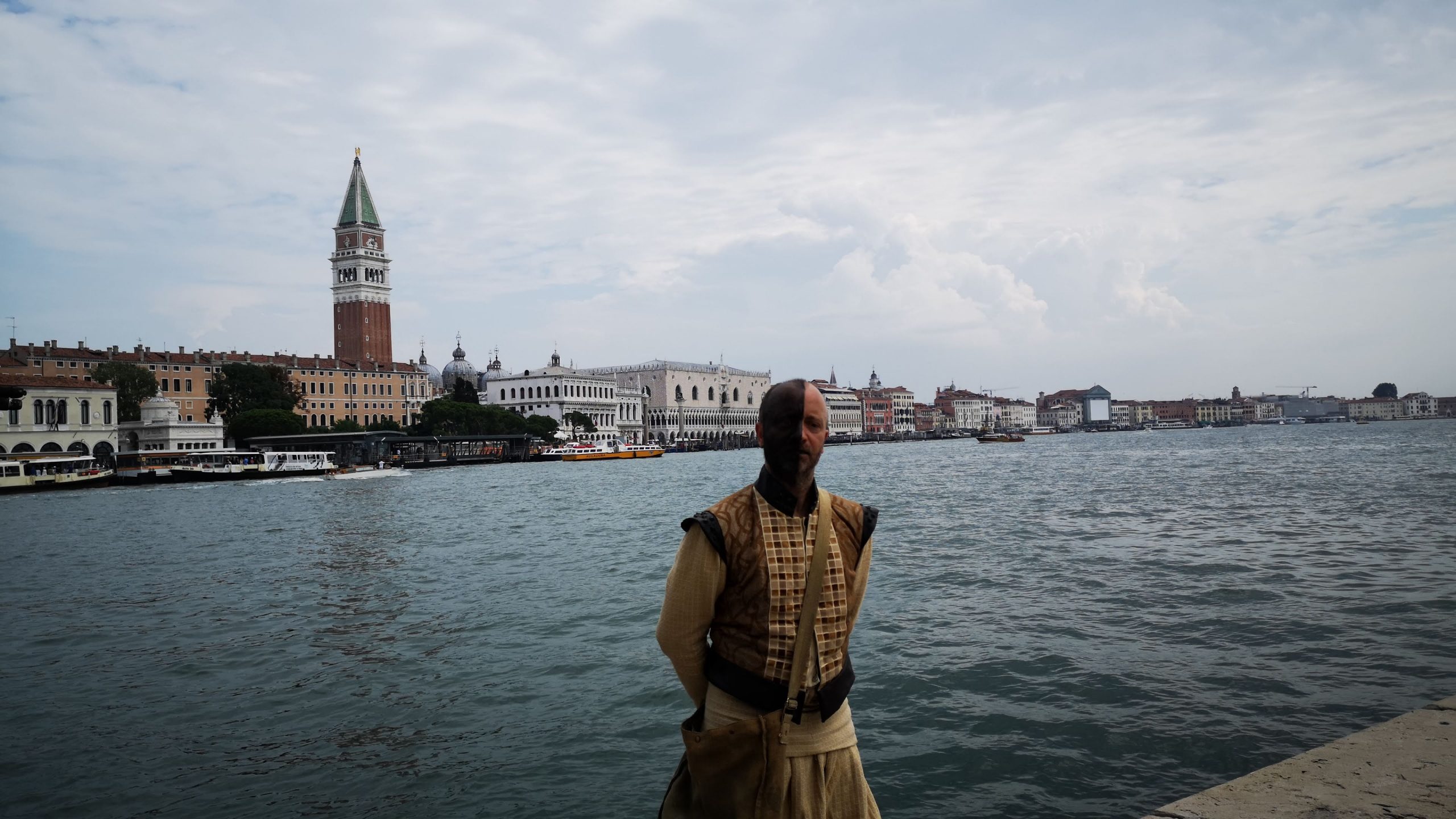 Simple: because the Shakespeare tour walks, organized by OnView Experiences, are back on in Venice and , after, taking part in the Merchant of Venice Walk last year, a few weeks ago, I got to enjoy a walk with none other then Othello and Iago themselves!

Well, not actually them in the flesh, but the amazing actor Solimano Pontarollo, the great Italian Shakespearean actor who impersonates them in a fun packed and lively walk around the small alleyways of Venice, at the discovery of one of the greatest jealousy drama ever written.

Othello, as you obviously know, is a tragedy by William Shakespeare, which was written in the early 1600s, but apparently the first performance took place on November 1, 1604 at the Whitehall Palace in London.

PLEASE NOTE:  any Shakespeare scholars out there, please correct any wrong fact/errors you see on this post, feel free to tell me, I will not get offended, on the contrary!

I kissed thee ere I killed thee: no way but this,

Killing myself, to die upon a kiss.

Back to the play: the story revolves around the jealousy of a proud military general of the Republic of Venice, Othello, for his beloved Desdemona, who is suspected of having an affair with Cassio, due to the insinuations of Iago, a senior officer in the Venetian army under the command of the general Othello. 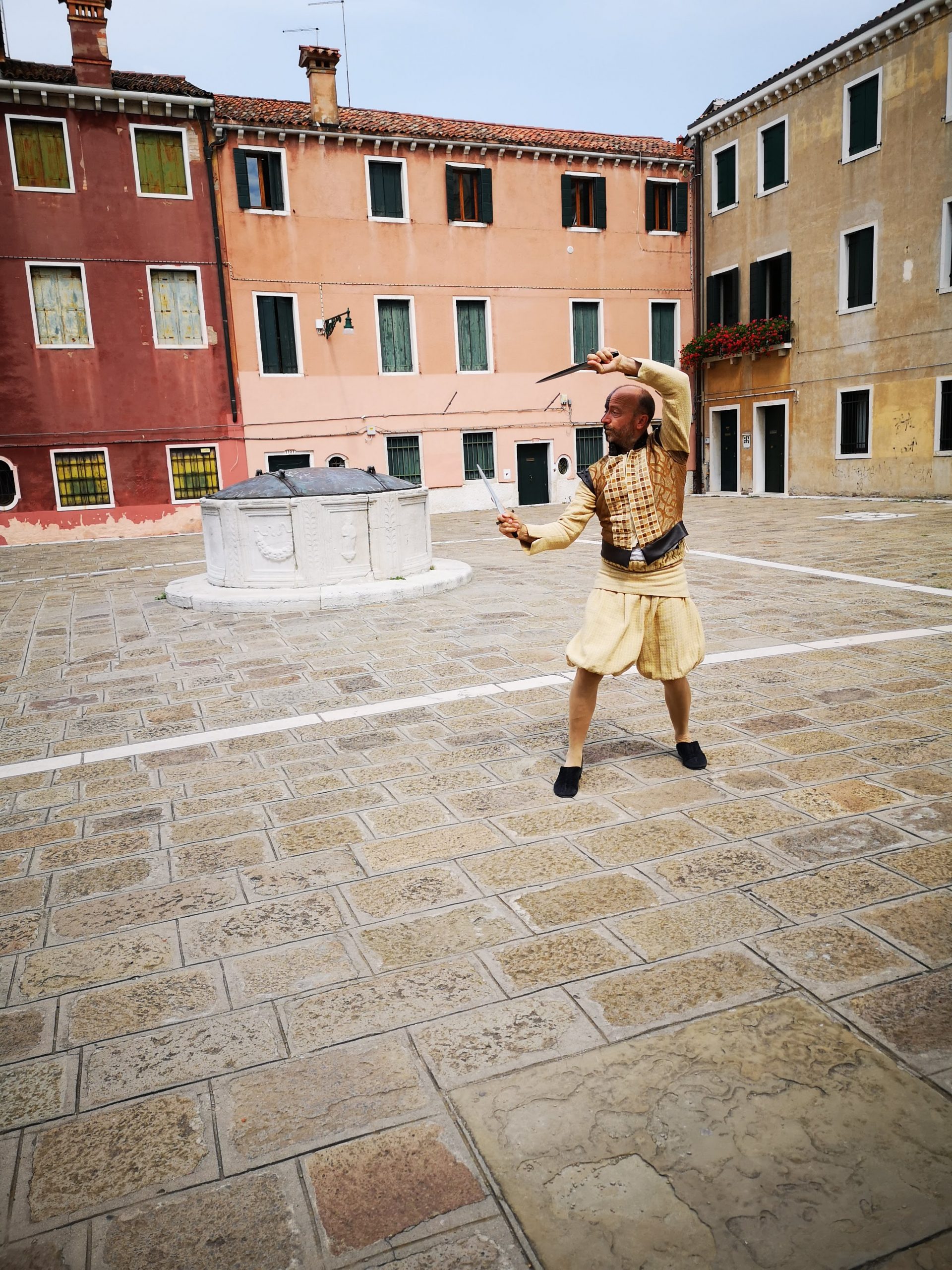 It is striking that many of Shakespeare’s plays are set in Italy. As far as it is known, he never left England.

Two plays are set in Verona: Romeo and Juliet and The Two Gentleman of Verona.

Much Ado About Nothing is set in Messina while the Taming of the Shrew takes place in Padua; the American writer Roe thinks that the Bard developed the action of The Tempest on the island of Vulcano, near Sicily.

Let’s not forget also that the Winter’s Tale takes place in Sicily and on the coasts of Bohemia, which might seem a sensational geographical error if it wasn’t for the fact that at the time Bohemia had an outlet to the sea in Trieste.

Titus Andronicus, Julius Caesar and Coriolanus all have ancient Rome as their backdrop and it is finally in Venice that Shakespeare sets two of his greatest creations: The Merchant of Venice and Othello.

The sources of the Merchant of Venice and Othello are two well-known short stories from the Italian Renaissance: by Giovanni Fiorentino Il mercatante di Vinegia and Il Moro by Giovanni Battista Giraldi Cinthio.

Yet I’ll not shed her blood,

Nor scar that whiter skin of hers than snow,

And smooth as monumental alabaster. 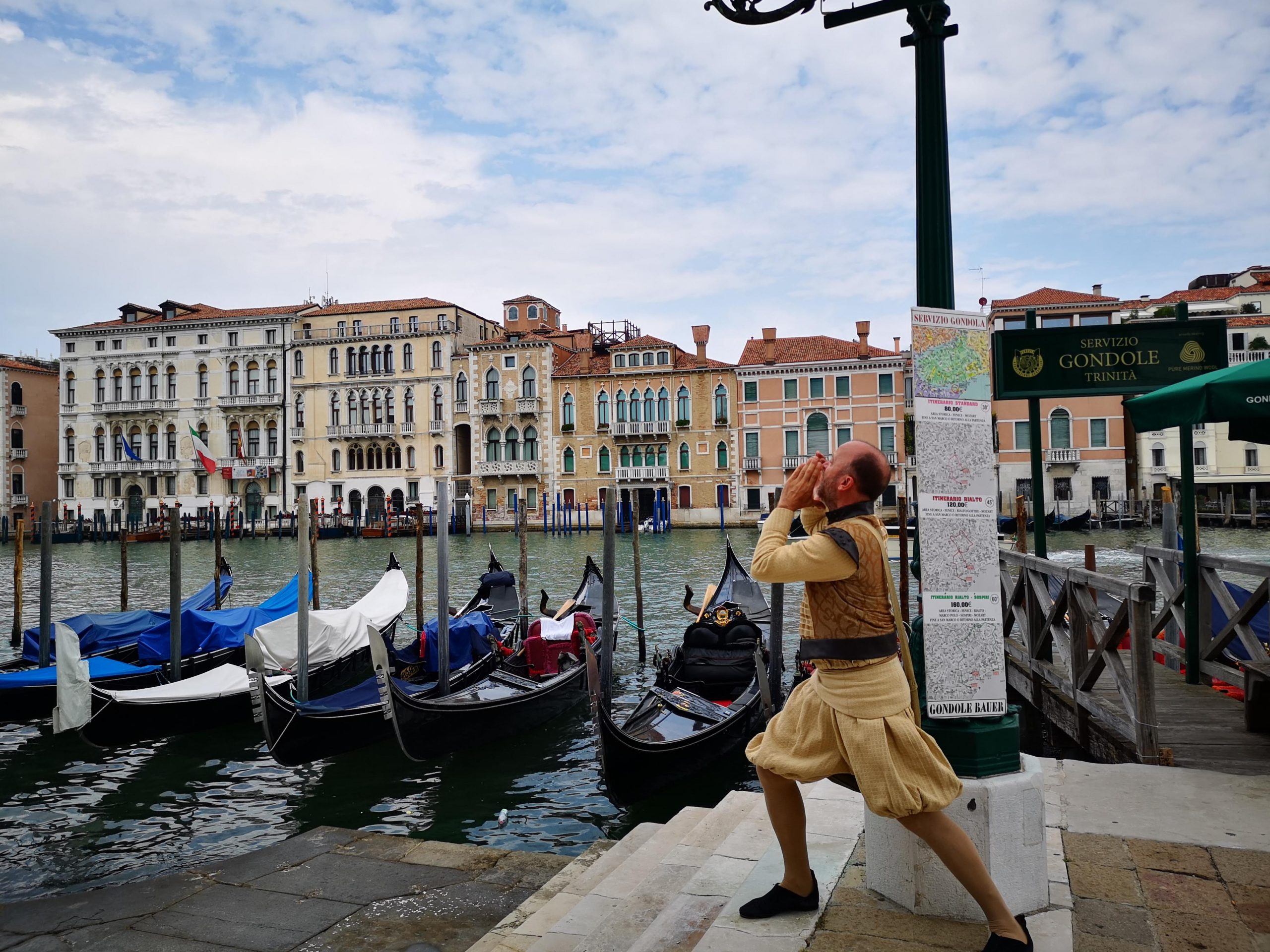 But let’s go back to our Othello tour.

We met on a hot Summer Sunday morning near the Church of the Salute and our tour leader and tour organizer Ornella Naccari of OnView Experience kicked off the tour by introducing us to Shakespeare and then by pinpointing what is thought to have been the home of Desdemona, on the Canal Grande.

And then, as from nowhere, out came Othello/Iago that is Solimano Portarollo, who, thanks to his clever make-up, got to act both the roles of the Moor and that of possibly the most heinous villain in Shakespeare’s plays. 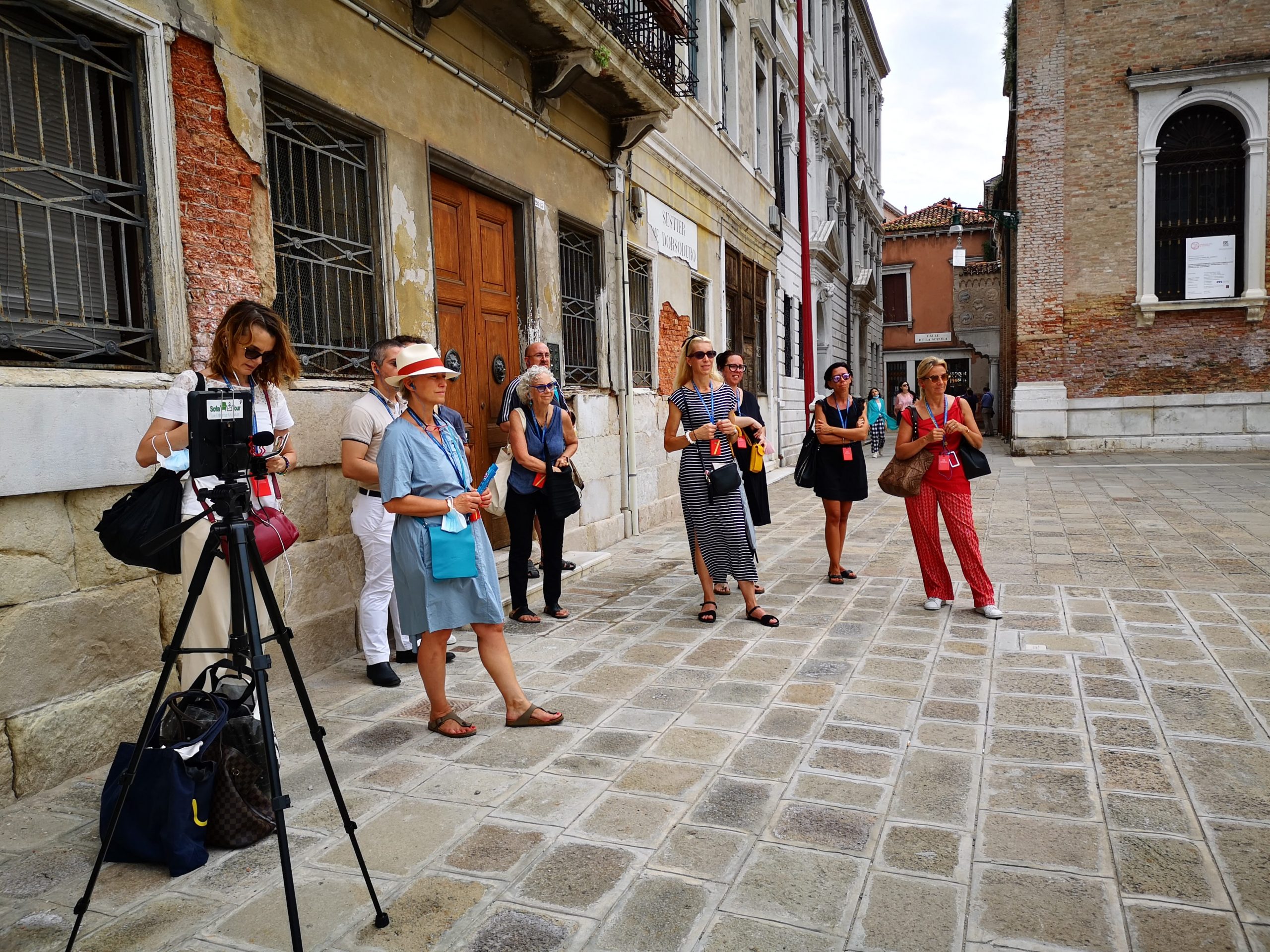 So, for the next hour and a half, walking through various locations all over the Dorsoduro district, together with these two incredible characters and with the fun facts information by Ornella, we took a virtual journey from Venice to Cyprus, where the tragedy finally takes place.

Solimano is an actor and theater director from Verona, full of energy and charm and, like when I saw him portraying Shylock in the Merchant of Venice Walk, he is incredible in bringing Othello and Iago to life. 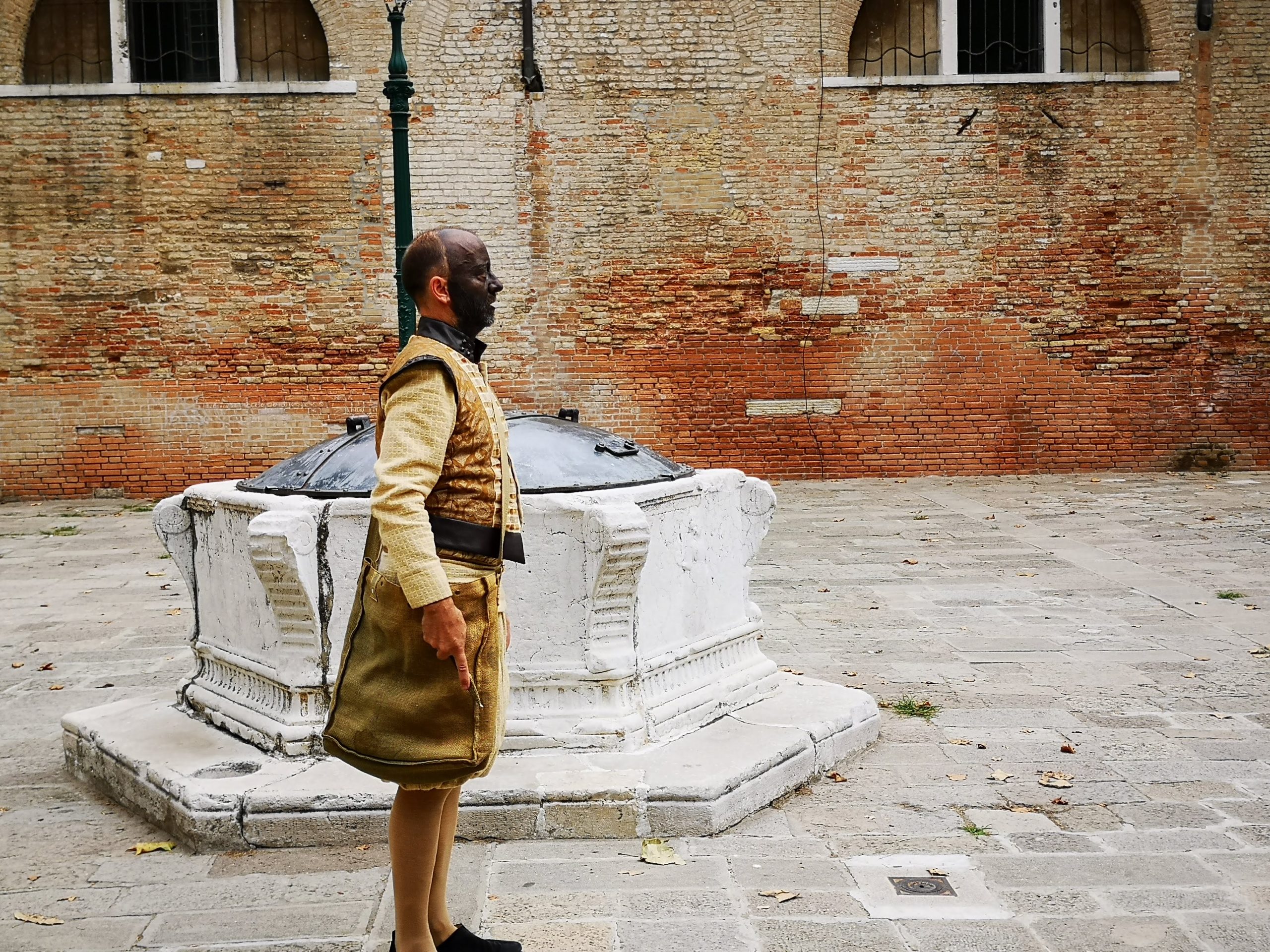 Solimano has attended the Acting Shakespeare of the Royal Academy of Dramatic Arts in London. In 2016, for the 400th anniversary of Shakespeare’s death, together with Ornella, he conceived “Shakespeare in Veneto”, a travelling festival for the whole region. He is the founder of Casa Shakespeare and since 2017 he has managed the Satiro Off Theater which in 2019 became the seat of the Shakespeare Interactive Museum.

We can definitely say he knows a thing or two about the English Bard, right?

William Shakespeare died in 1616 and more than four hundred years later his works, with the same force with which they were written and represented, speak to us with shocking topicality. But it is the natural relevance that the classics of every age and in all languages retain despite the passing of decades, generations and centuries. 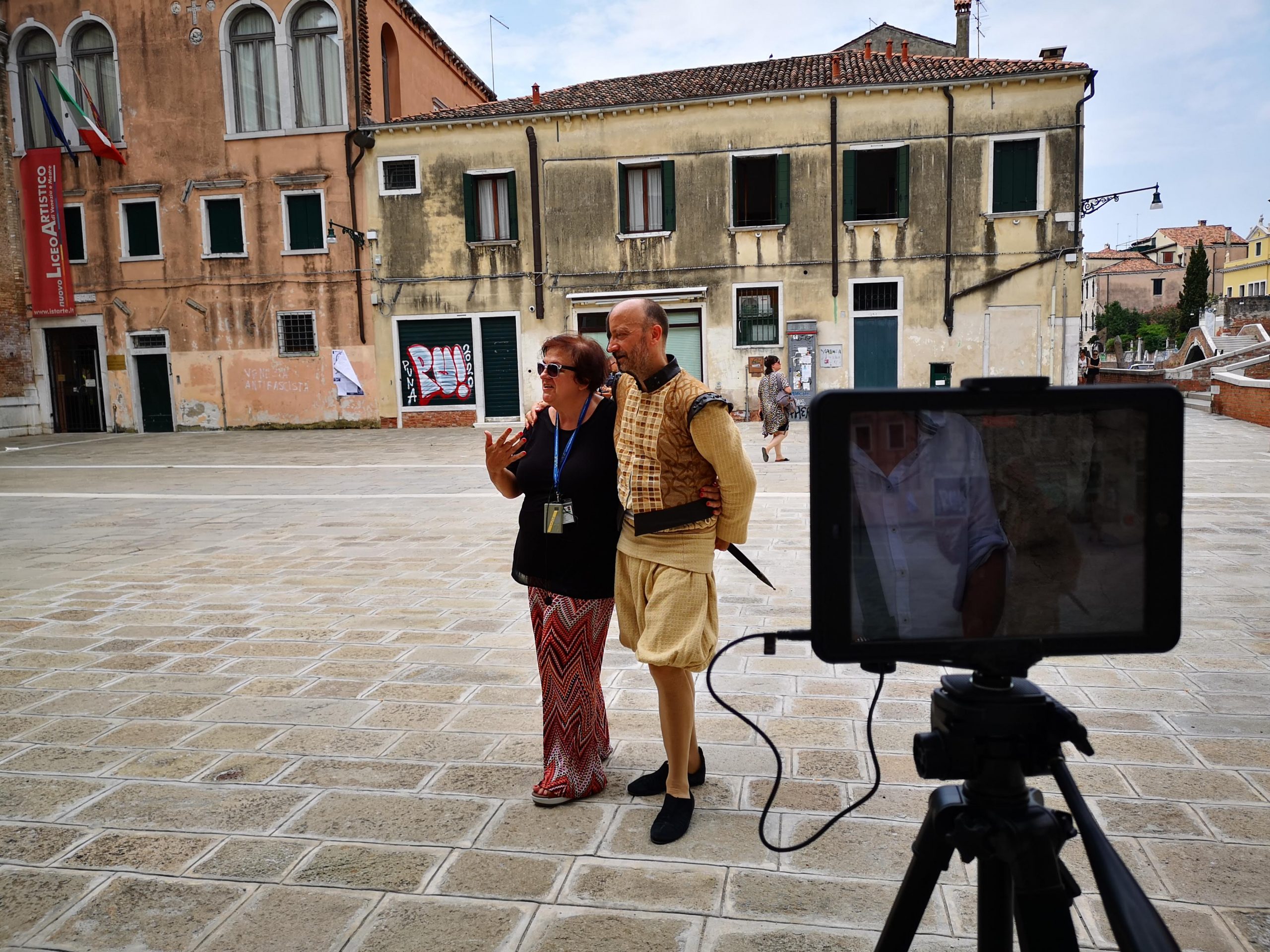 It is also very nice to write about Shakespeare and Venice in the year that the 1600th anniversary of the Venetian Republic is celebrated.

Oh, and by the way, this is truly entertaining for children too!

Above all when Othello takes out the knife and…. Ah well, you will have to take part in the tour to discover what happens! 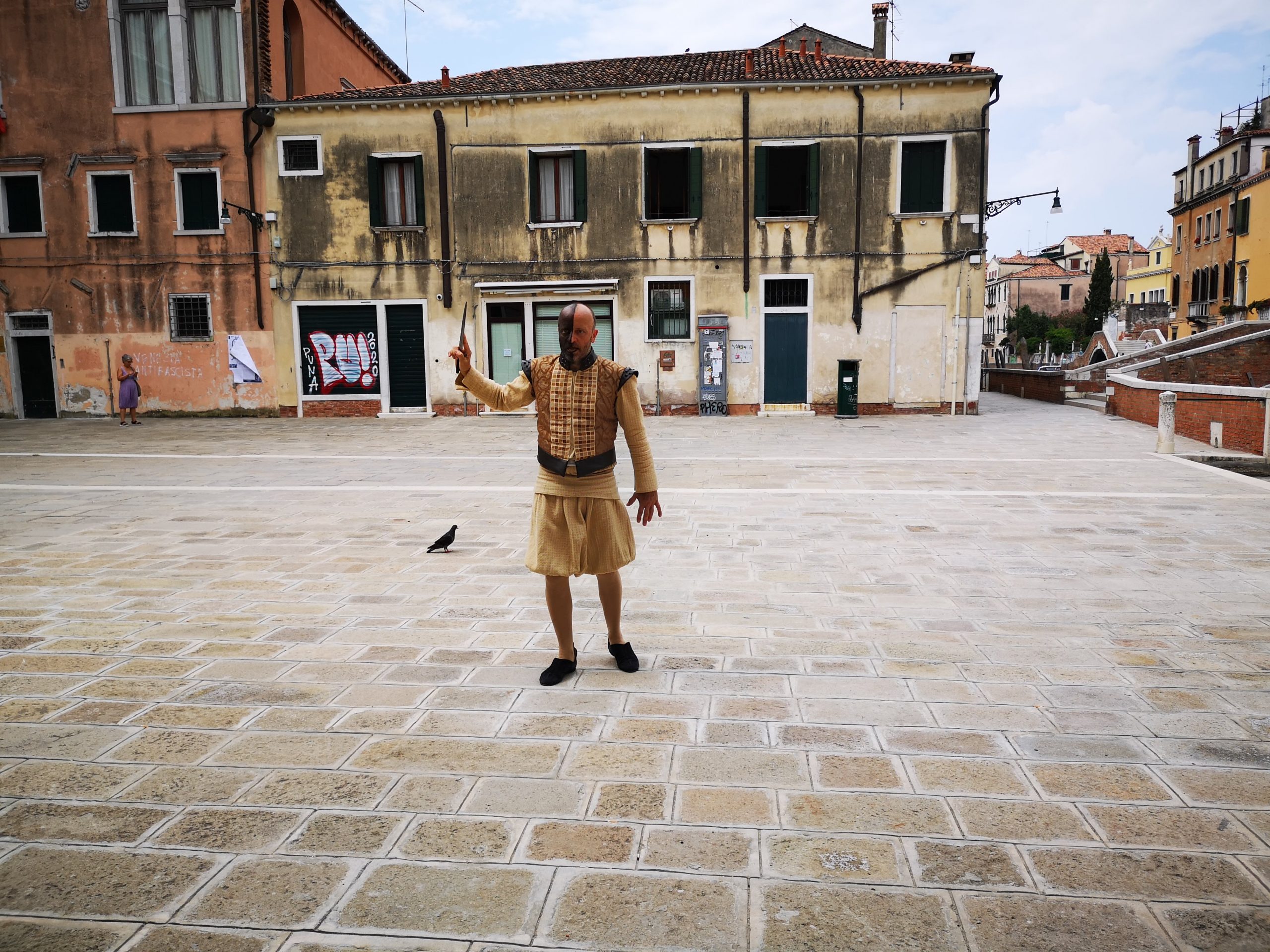 Castelbrando: a step back into history in Veneto Hills

Zanze XVI: the spices are back in Venice