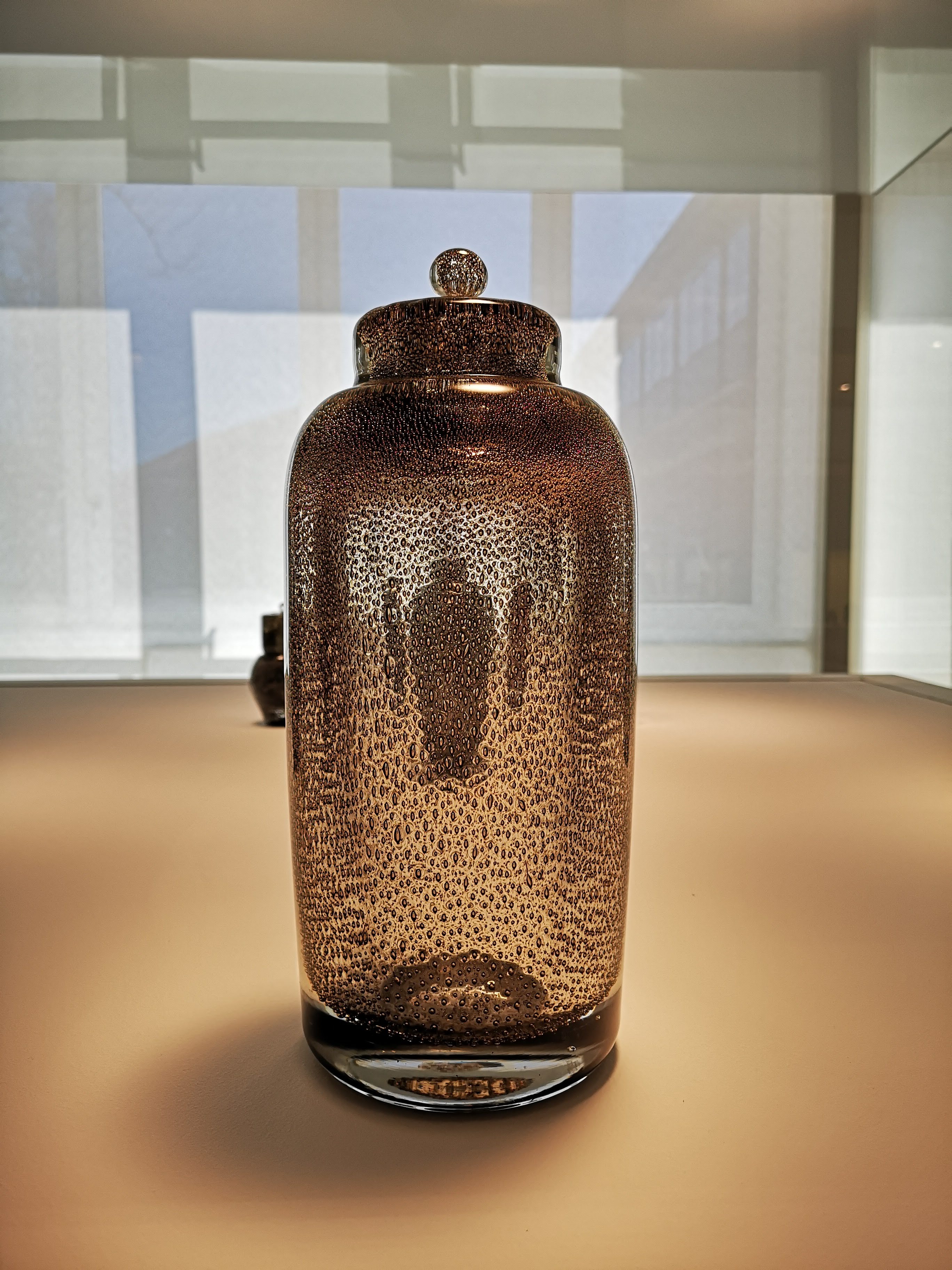 A new exhibition is on at the moment on the island of San Giorgio in Venice in collaboration with the Museum of Decorative Arts of Paris (MAD):

On show here in Venice, for the first time ever outside of France, more than 200 glass works from many prestigious museums, as well as preparatory designs and sketches from this incredible French artist.

Marinot invented incredible glass working formulas, bringing a revolution in glass techniques and design, most of which are still emulated today. 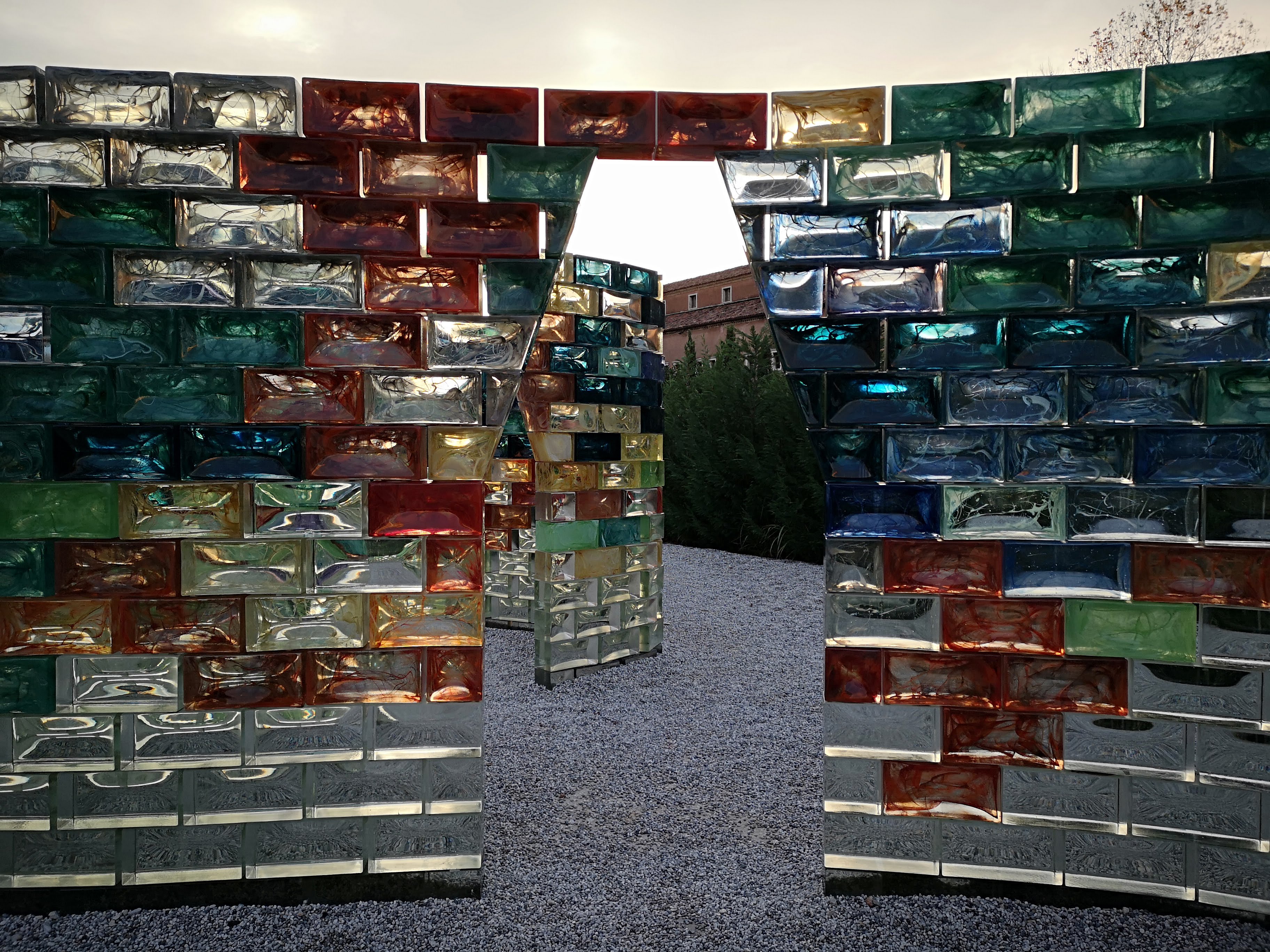 Le Stanze del Vetro – The Glass Rooms are an exhibition space which was created refurbishing the ground floor of a historic building on the Island of San Giorgio Maggiore in Venice.

The project was carried out jointly by the Cini Foundation and by Pentagram Stiftung and now for some years the building has hosted many exhibitions and initiatives aimed at enhancing twentieth-century and contemporary Venetian glass.

The nineteenth-century building was raised and destined for scholastic use in the early fifties of the last century; once the renovation was completed, about 650 square meters of exhibition space and services were obtained. 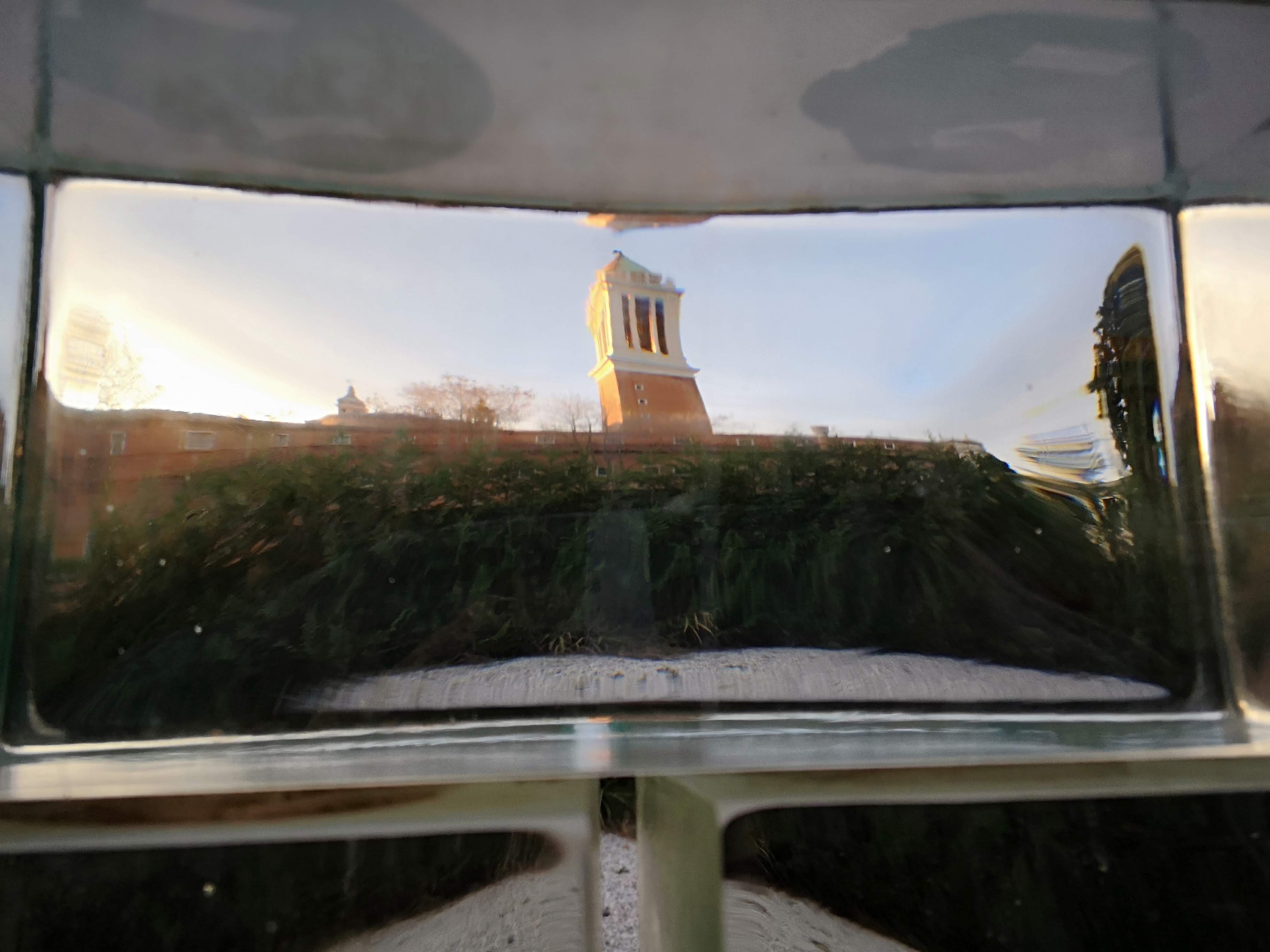 The original planimetric layout has been redesigned to obtain the typical circular circulation of museum spaces.

The most important architectural element was, and has remained, a pylon of rationalist design, set to separate the rooms and corridor.

In the new design this element directs the path, welcoming the windows, becoming permeable to the eye, but can also be traversed to design new spatial configurations.

The glass rooms are integrated into a complex intended for multiple cultural activities, such as exhibition spaces, a library, study and research centers.

I had the pleasure of admiring the new glass exhibition by Maurice Marinot curated by Jean-Luc Olivié and Cristina Beltrami. And I was lucky enough to be able to discover it with the explanation of Jean-Luc Olivié, curator of the exhibition, of the Museum of Decorative Arts in Paris. 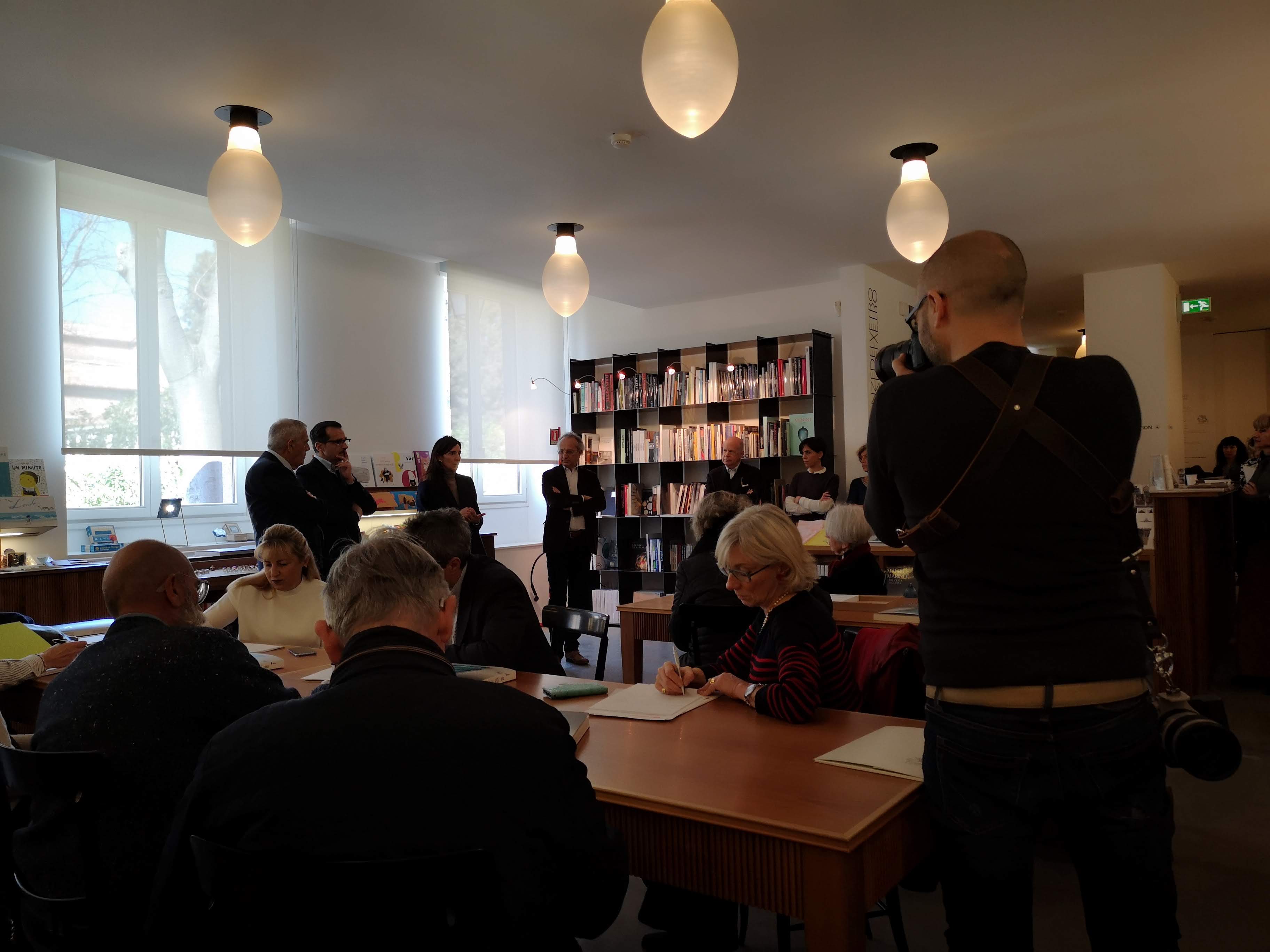 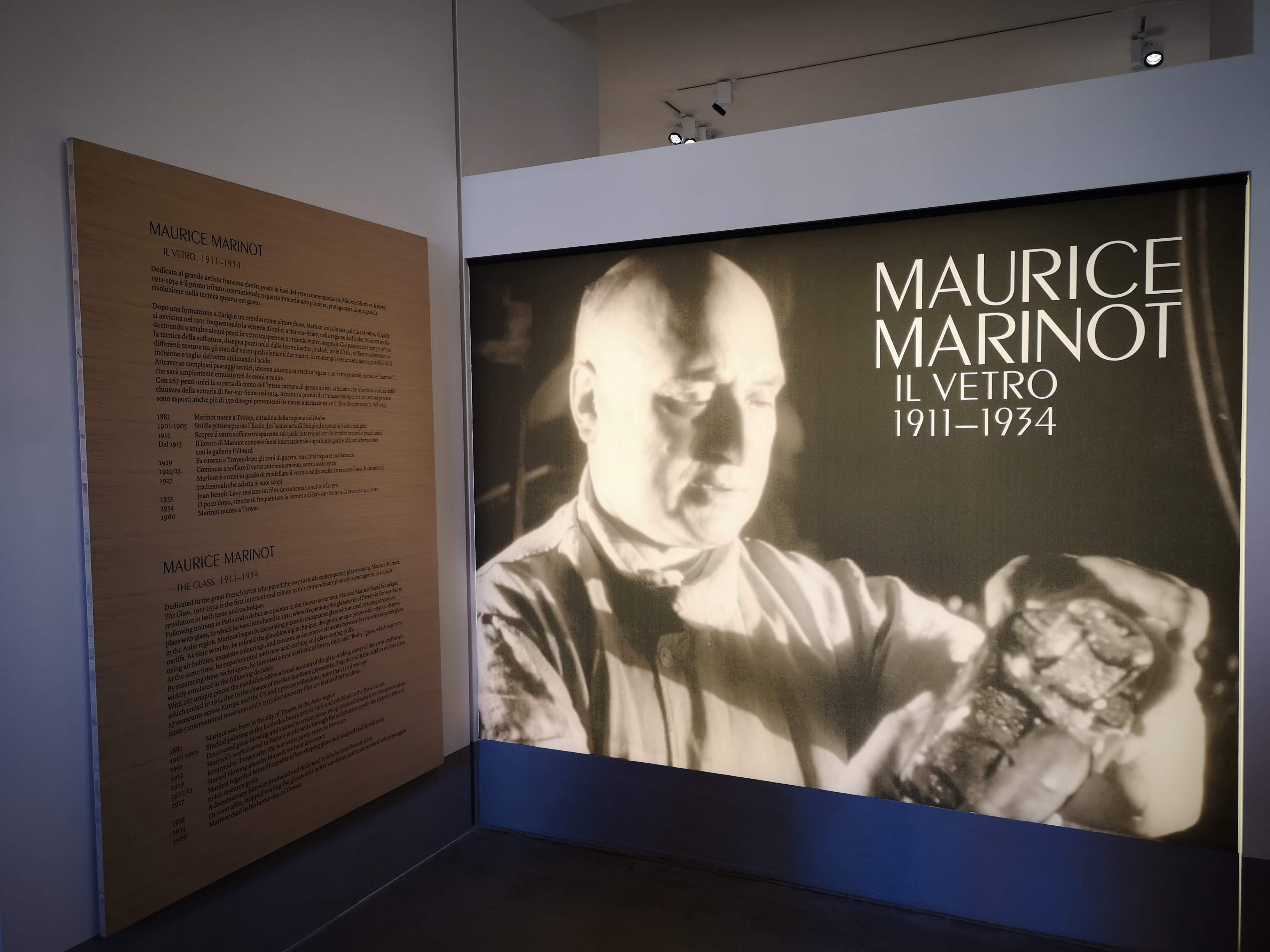 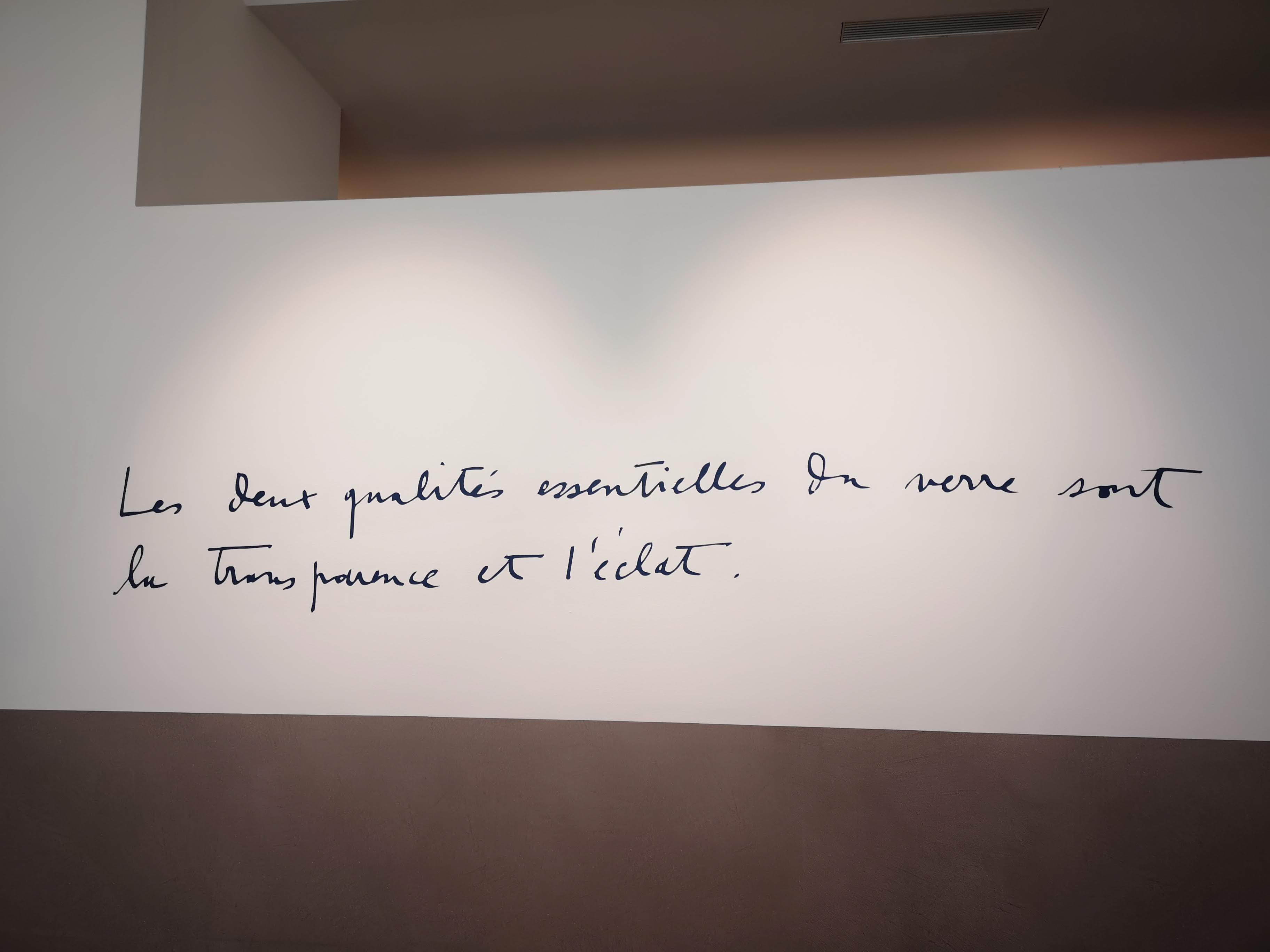 He studied at Troyes High School, where his caricaturist skills were already showing up, trying his hand on his comrades and his teachers.

In 1901, he convinced his parents to send him to the Ecole des Beaux-Arts in Paris where, until 1905, he joined Fernand Cormon‘s studio. He made sketches right on the spot, in the streets, in the cafes, in the theaters. After a good start, Cormon badly accepted his student’s non-conformist spirit and chased him away, despite the support of his classmates. 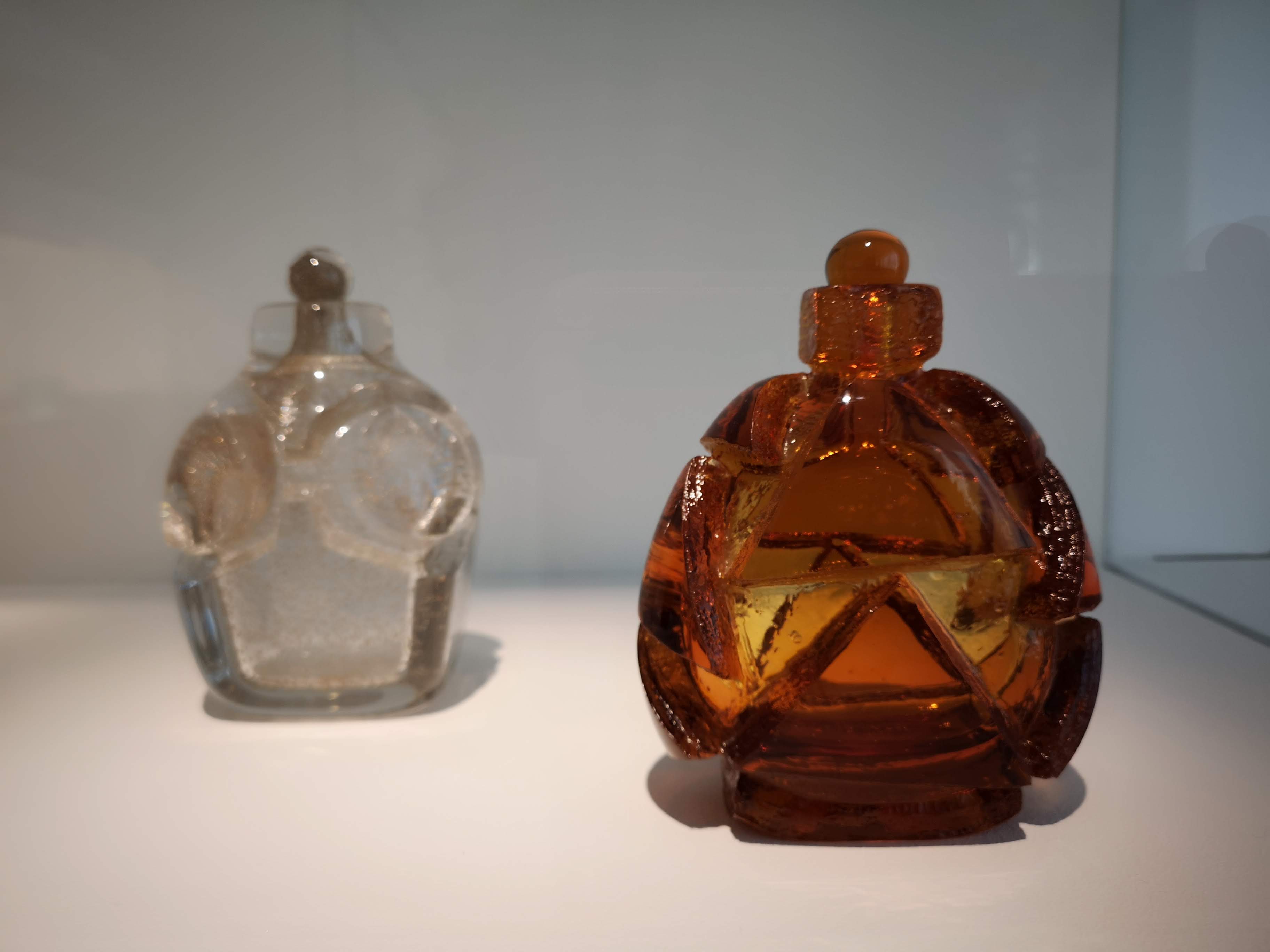 Marinot exhibited alongside the Fauves (Matisse, Derain, Vlaminck, Van Dongen) at the Salon d’Automne in 1905 with his first paintings in bright colors, and was associated by the press to the scandal provoked by their works. He then participated each year until 1913 in this same salon and that of the Independents.

In 1911, he visited the crystal glassware company of his friends, former classmates, the Viard brothers of Bar-sur-Seine, and here he fell in love with this new material. 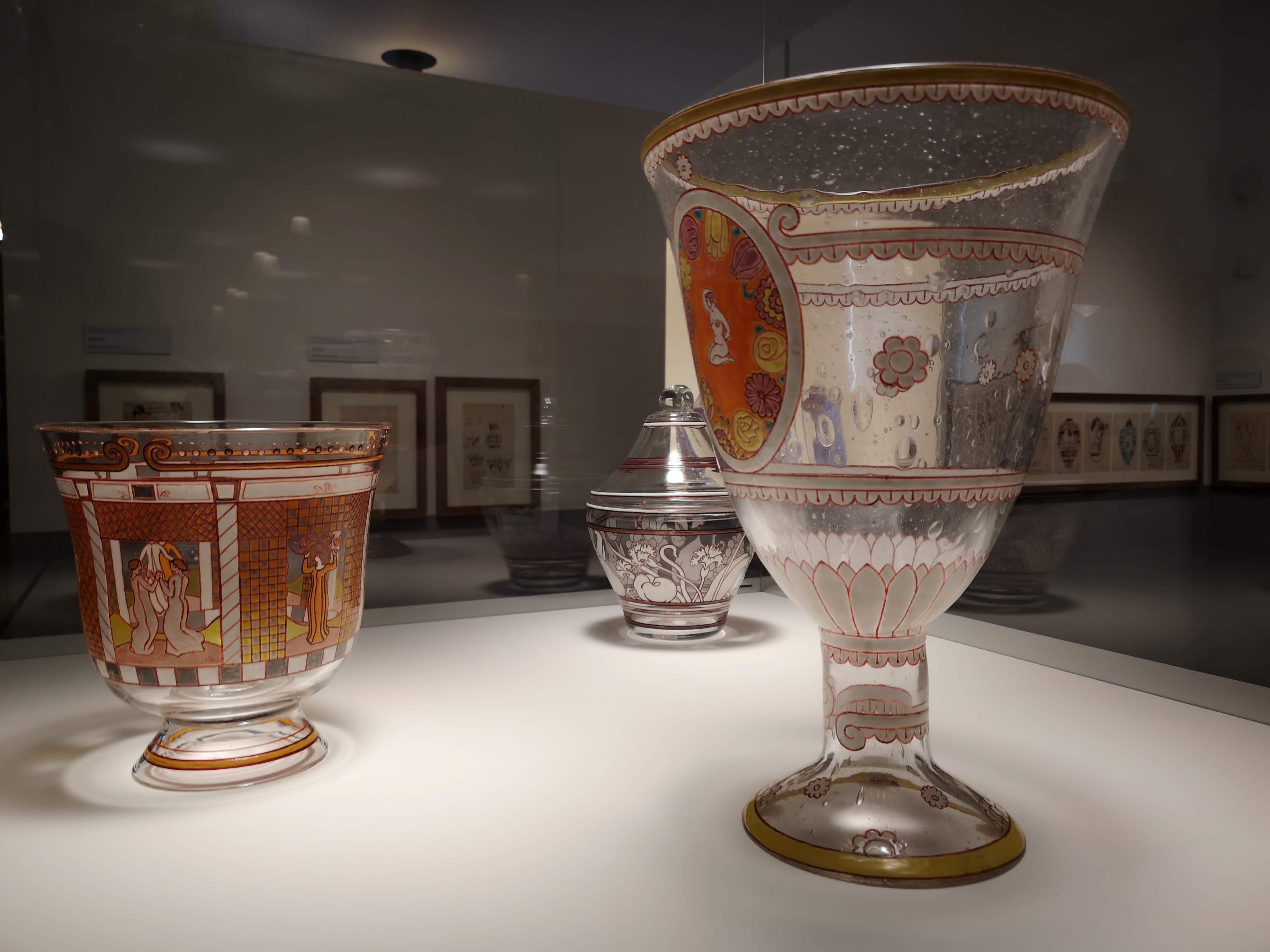 From 1912, Marinot devoted most of his time to glassware. He learnt to blow the glass, and was seduced by the contrasts between colors, warm and cold, the play of light and fire.

He began to design bowls, vases and bottles, and then decorated them with opaque enamels on the surface. 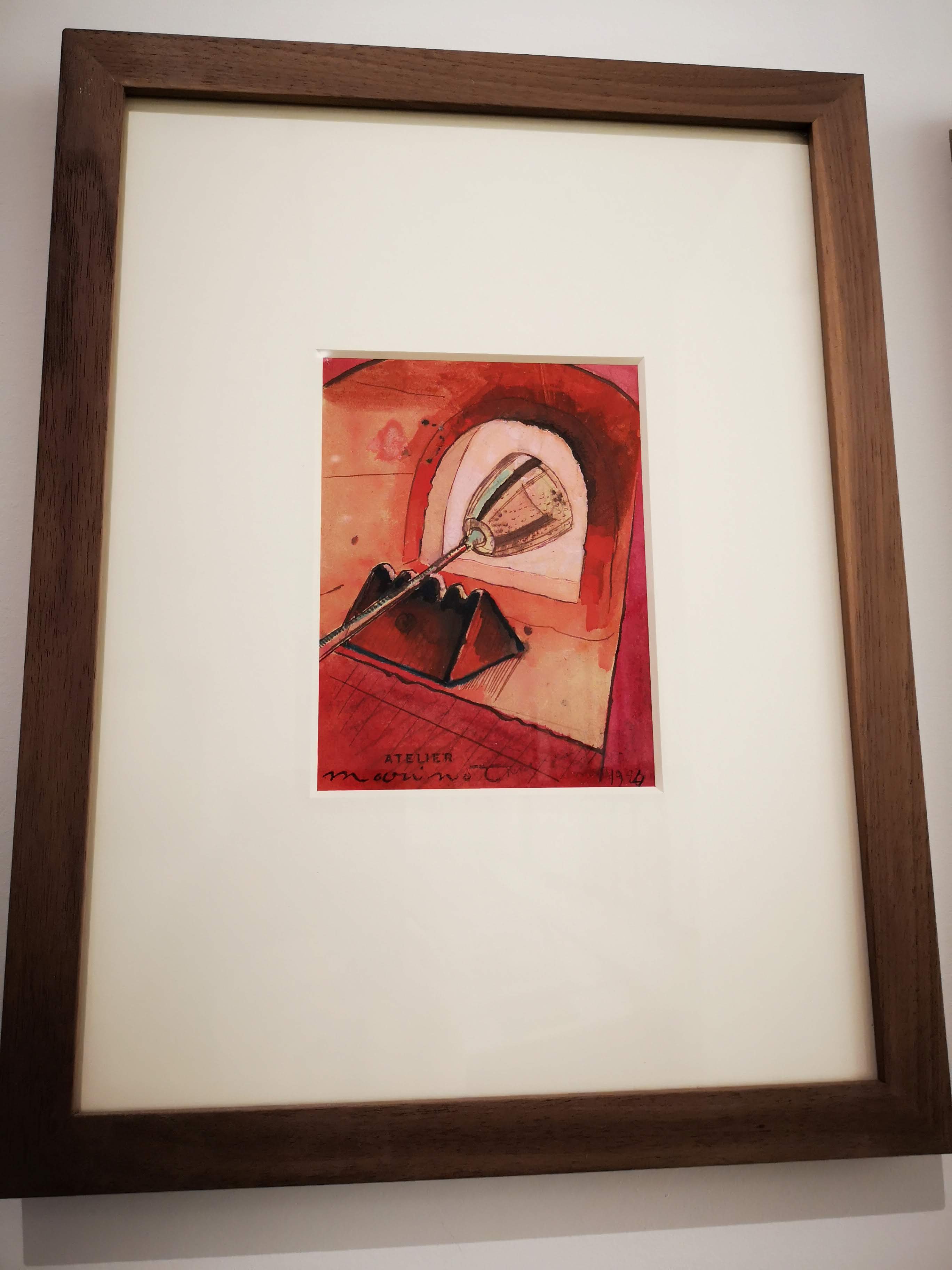 Initially, his glasses were fine and enamelled, and then Marinot stopped using enamels and began to use bubbles and metal sheets in his glasses and to introduce color.

He created thick bottles, heavy vases decorated in the mass of colored oxide trails, more or less like ordered bubbles.

He considered his glasses as real sculptures, which must transcribe the creative breath. Among the techniques he used, some have remained a secret. 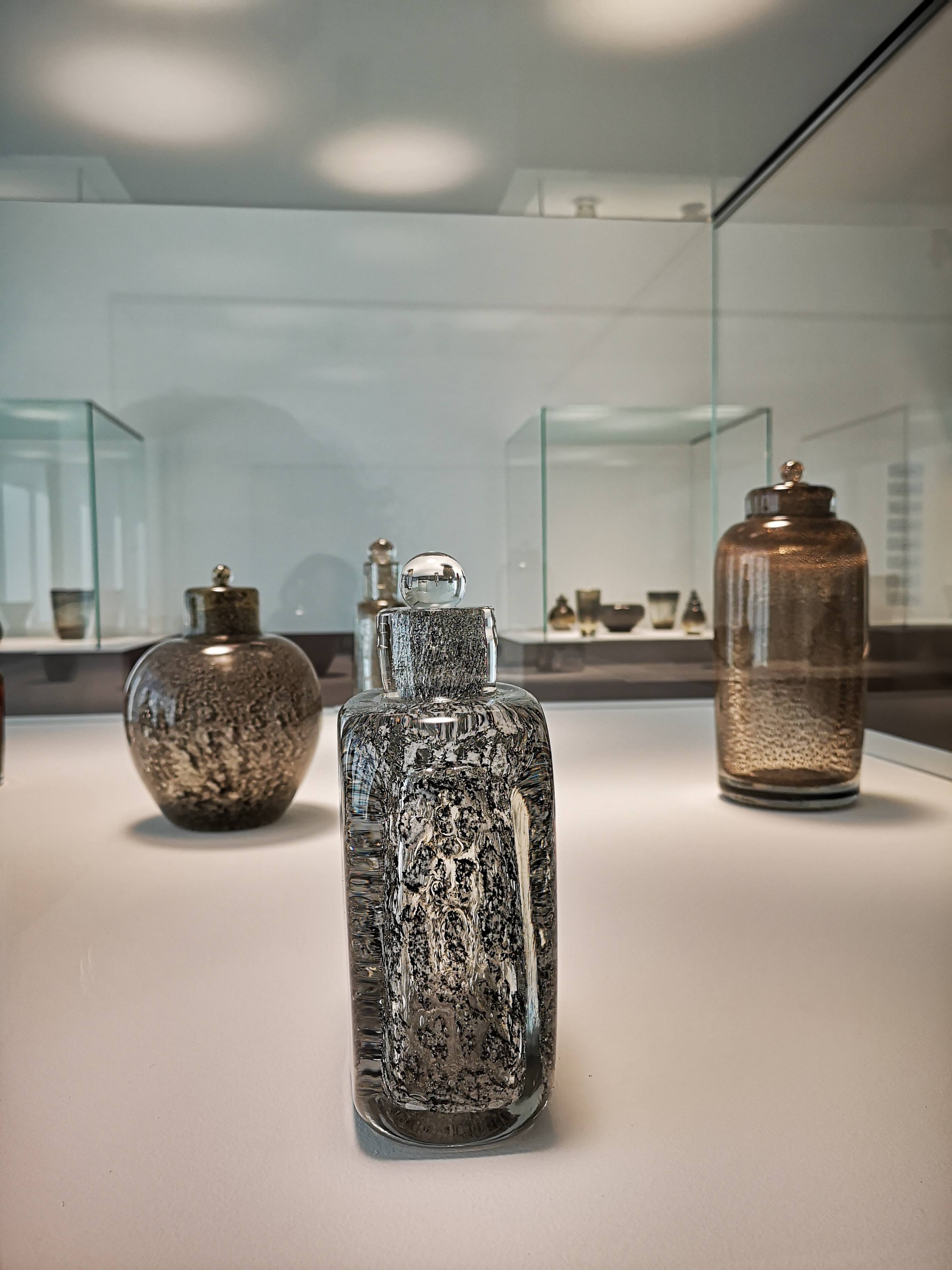 In 1913, Hébrard, the founder of Degas, noticed and organized his first special exhibition, with a first purchase by the State of France.

However, Marinot continued to paint and his paintings grew darker.

In 1914, he was mobilized and assigned to the Health Service.

In 1917, he was sent to Morocco whose sites and costumes inspired him paintings and watercolors. 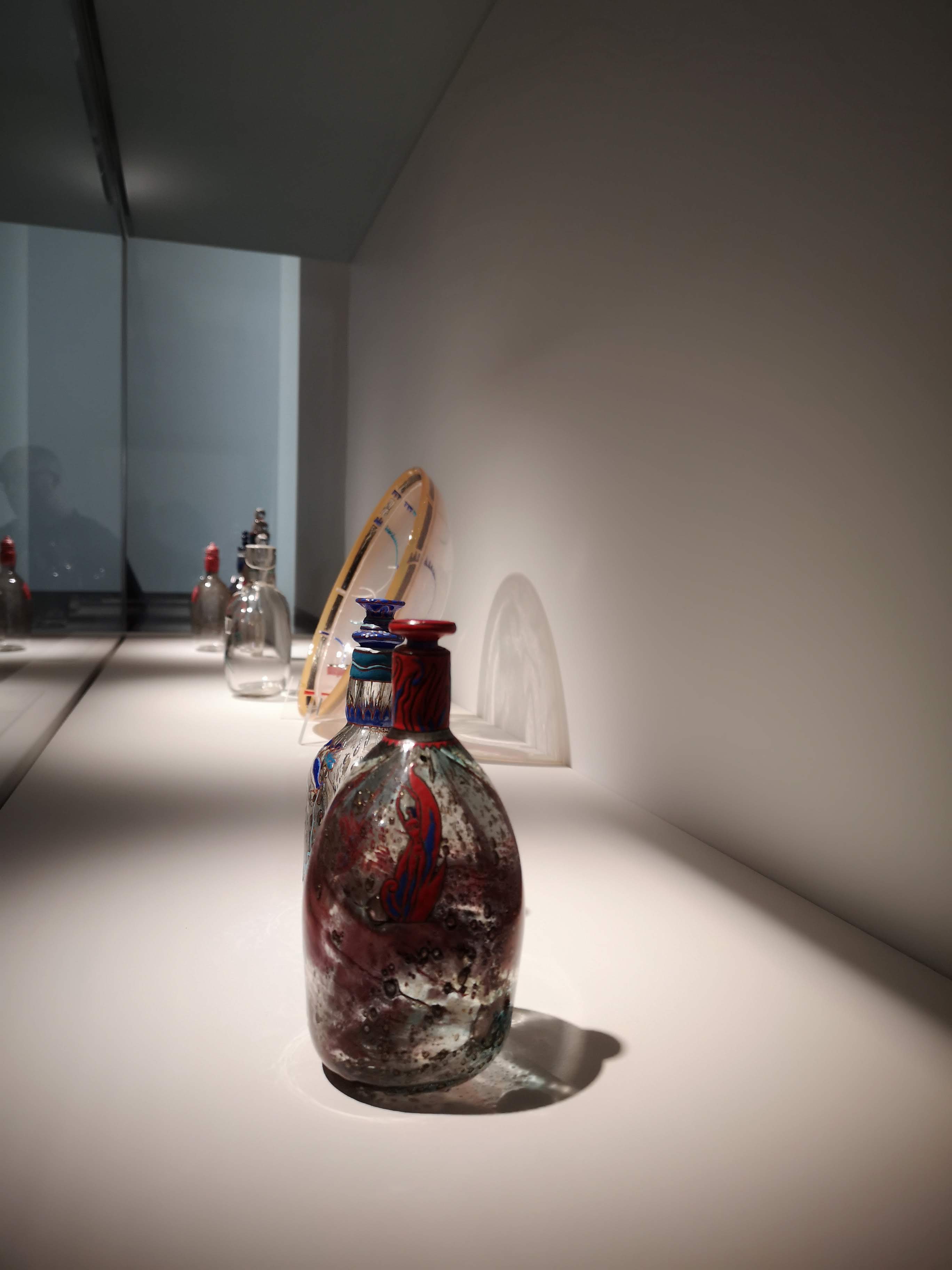 In 1919, he resumed his glassmaking activities. He began to work directly on glass and acquired an extraordinary technical mastery. He lived in Troyes, and went almost daily to Bar-sur-Seine.

In 1921, Hébrard organized every year, in his gallery of the rue Royale, an exhibition of his glassworks.

Marinot, on this occasion went to Paris. Several of his admirers were eminent collectors: Jacques Zoubaloff, patron, generous donor of museums, the politician Louis Barthou, a great bibliophile and his wife, who bequeathed their glassware to the Museum of Decorative Arts, Baron and Baroness Gourgaud , other major donors to museums. 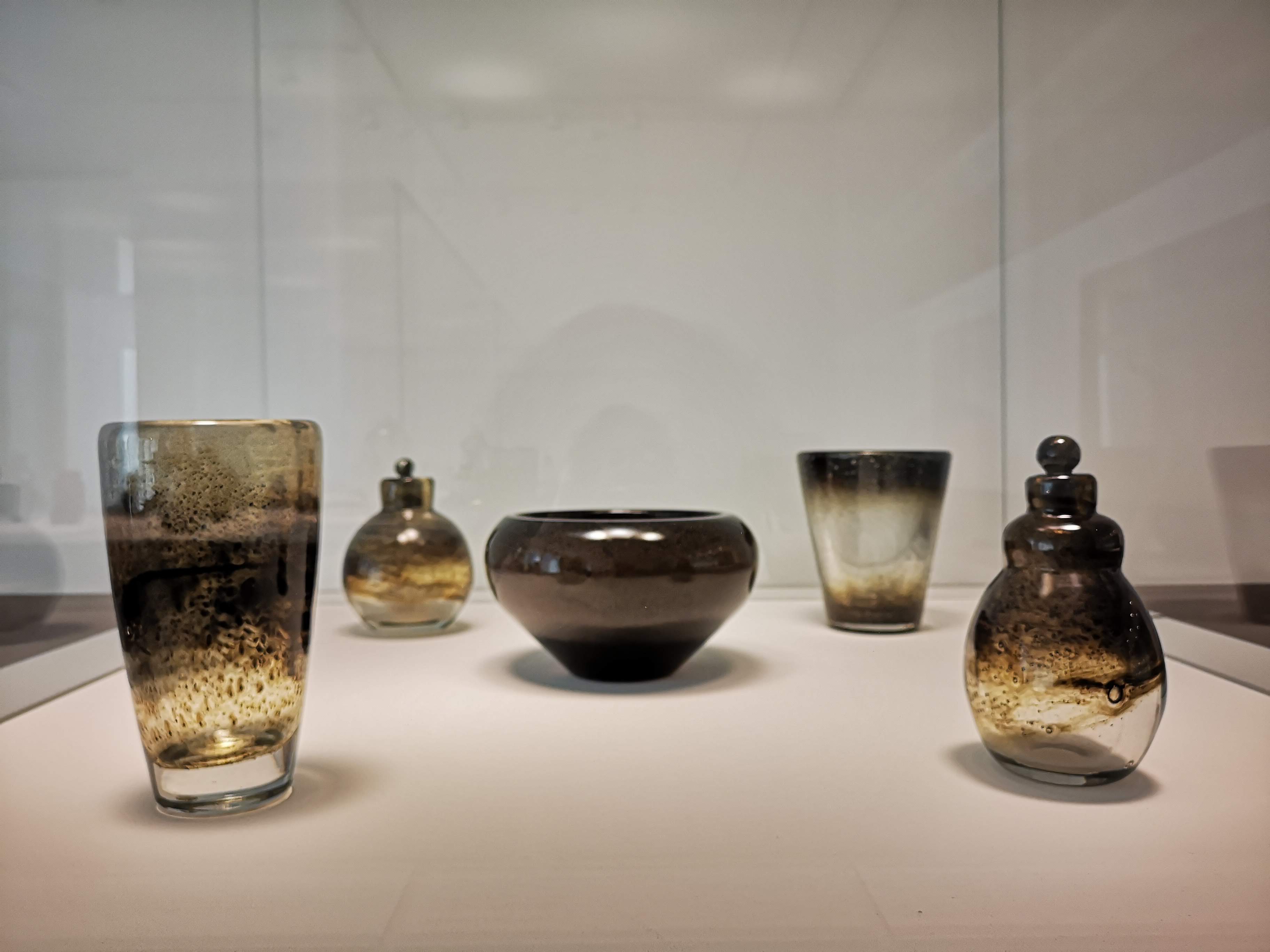 The glass factory Viard closed in 1937. Marinot, sick, stopped working on glass, but continued to paint.

In 1939, he met and befriended Pierre and Denise Levy, industrial Trojans. In 1976, they donated a large number of his works to the Museum of Modern Art in Troyes.

At the Liberation of Troyes, in August 1944, his workshop was razed and more than 2,500 canvases, drawings and glassworks were destroyed.

From 1950, the collective exhibitions recognized his role in the tawny movement (Paris, National Museum of Modern Art 1951 and 1966), and his fundamental contribution in the art of glassmaking (The Art of Glass, Museum of Arts decorative, Paris 1951). 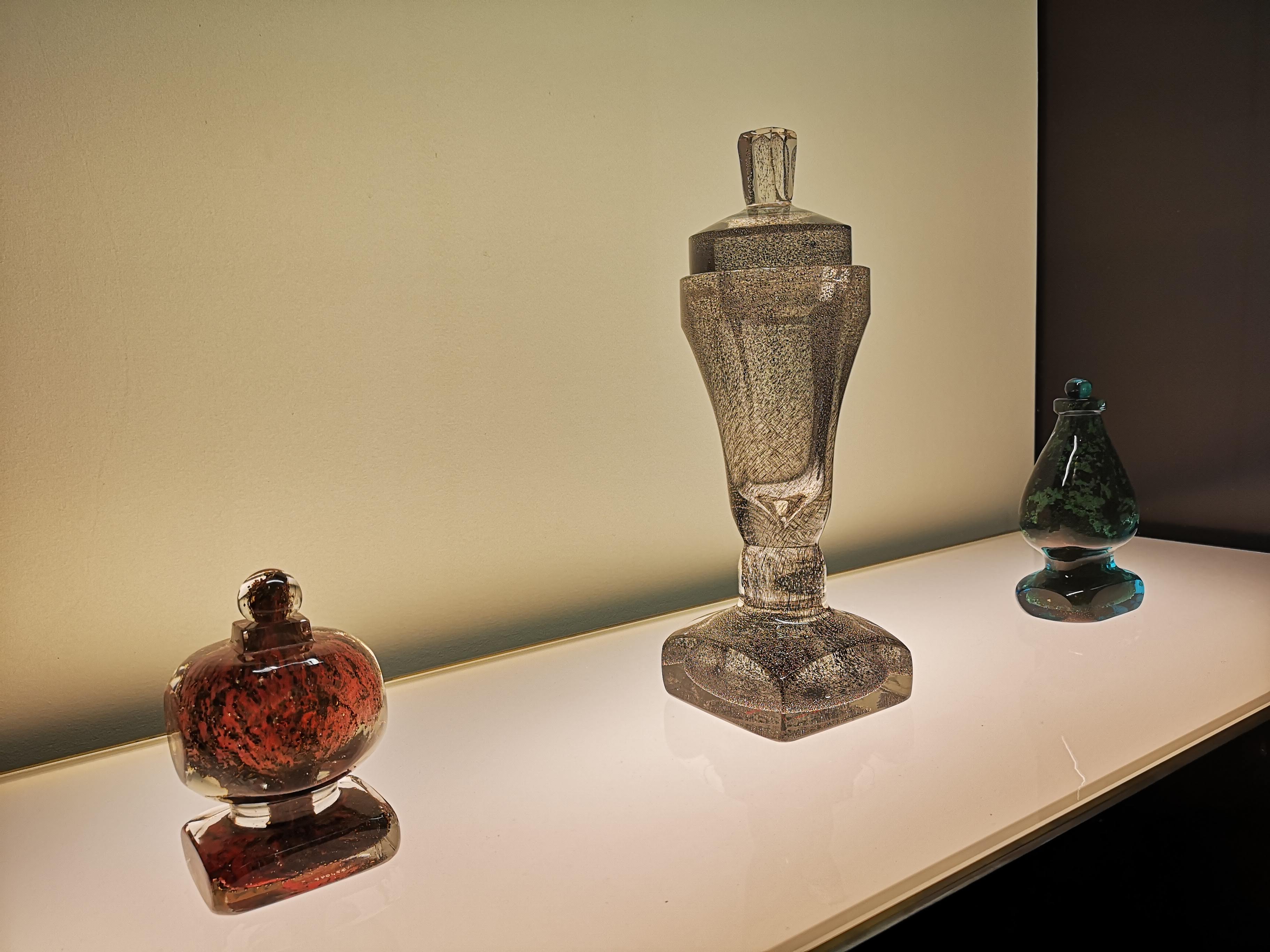 His works are exhibited in many museums in France and around the world, but most of them are in the Museum of Modern Art in Troyes.

Anew - a new idea for an exhibition or a museum in Venice!

A place in Italy you must not miss: Romagna

Why it’s time to start listening to podcasts on Venice!