There are two words in the Italian language that have always bugged me. One I wish I could delete completely from the Italian dictionary, the second I really wish it was implemented by every Italian. The first word is MENEFREGHISMO and the second is AUTO-IRONIA. Before I start I would like to point out that I am a real Italian (through and through), born in Italy from Italian parents, brought up in Italy until the age of 18, with well implanted Italian roots and traditions. After living in UK for a long time, I have now been back in Italy for over 10 years. So I think this entitles me to express my opinion (maybe not too much unbiased) from the inside of the barricade! I have been wanting to take this off my chest for a while and now is the time to do it! 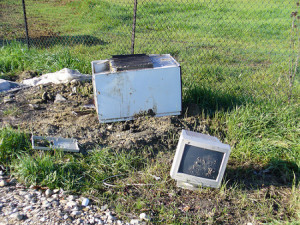 First of all let’s start explaining what Menefreghismo means: Google translator just indicates it as Indifference, but it is way deeper than that. Menefreghismo is an attitude rooted deeply into the Italian way of life and it is more than indifference: it is the lack of caring if this goes one way or another, it is the mindset conviction that things cannot be changed and they will never change, it is the way Italians live their lives everyday. The word comes from a sentence: Me ne frego, which means I don’t care. It is an attitude to life, it is the way things are run in our government and in our state owned offices. It is the way the health care and the police run their businesses. Me ne frego until something really bad happens! Then, we will take some steps to cover things up and to keep people quite. This attitude has no left or right side, has no political colour or religious creed. It is how the majority of Italians go on about their business every day. Not all, mind you and thank God for that. Some Italians do care and do a lot to prove this, but they always clash with that big majority of people who se ne frega. Unfortunately I am one of those who does care and who, in the last few years, has tried to change things, to prove others that things are not cut in stone, that a little commitment from everyone can make a difference (lived too long in UK and that has rubbed off me, I think). I tried to change things in the local school, in the local church, in the local sports club. But the word change is a big NONO in Italy. So after trying and trying I gave up, got isolated, lost lots of those who I fought were friends. To change things takes hard work and they were not prepared to do it. Much easier to carry on letting thing go as they have always been, even if they are obviously wrong. Little examples? Last month the teachers told us to keep an eye on our children when they came out of school. As we realised that drugs were sold outside the school (to kids as young as 10 by adults), the obvious solution would have been to go to the police and report this. Well, after I did that, I got told off by some parents for sticking my nose and to mind my own business and also the police did not even bother to go and take a look at the situation. They must wait for someone to get hurt and then maybe they will do something. Arghhh!!!! Another example: few years ago our local elementary school desperately needed some renovation work to be done, that the local authority refused to do for lack of funds. Another obvious solution would have been to organise some school charity event to try to raise some money to fund this renovation work. So, as the head of the parents school association, I had the brilliant (sarcasm) idea to try to organise a School Fête. It took me a year of hard work and coordination (nobody had ever heard of such a thing up here) but finally I managed to get people involved, to get all the permissions and to get the thing up and running. The big day came and………out of a 1000 people who were meant to come, only 200 turned up, since a group of other parents, who did not want to get involved in this and thought it was a pie high idea, went around the town telling everyone that the Fête had been cancelled and so the boycotted us. (by the way, 4 year later, the same association has called me asking me how to organise the same fête again!!!). These are only two examples, but my life is filled with this kind of situations. This is the reason why I left Italy when I was 18 and it drove me crazy back then as much as it does now. The second word is AUTO-IRONIA, literally Self-irony, to be able to laugh at themselves. The majority of Italians cannot do this. Every time someone makes a comment or criticises the way Italy is, Italians automatically rear up and go on the attack. I have not met an Italian yet who just takes the critic on board and uses it in a positive way to change something that probably needs to be changed. The moment a foreign person dares to criticise Italy, an Italian will start talking about how we have the best food, the best clothes, so many monuments. I ask all Italians out there: WHY???? People in the world do know we have good food, we have nice fashion designers and more monuments than anybody else, that is not what people are disputing. When foreign people make a comment or criticize the things which do not work in Italy, it does not mean that they are trying to put our country down. They are just pointing out things that need to be sorted out to make us an even better country to live in. This does not mean I do not love Italy, on the contrary. I do love Italy very much and that is one of the main reason why I convinced my husband (who is British) to come and live here. But I also can see the bad side of Italy like any other foreign person can, having lived abroad for so many years. I apologise to everyone reading this, but as I said I really needed to take this off my chest. From now on, my posts will be all about the beautiful things Venice and Veneto can offer! 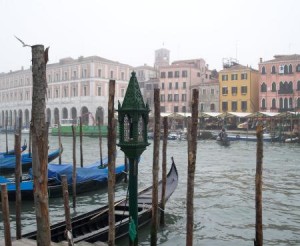 The Art of Craft in Venice – Etching